Toronto’s housing market has been in quite the bonkers state of affairs since a peak earlier this year, with sales numbers and general interest continuing to wane dramatically, while prices are not necessarily following along on the same trend.

Stakeholders have said that we’re now definitively in a buyer’s market but can’t seem to agree on how much things will continue to cool, or how long the current landscape will last.

Toronto house prices keep climbing but nobody is even buying them https://t.co/UItx4mA22V #Toronto #TorontoRealEstate

While there has been a whopping jump of 640 per cent in terminated listings — which usually happens when sellers can’t get the price they want — prices have been inconsistent, at times slightly down by some reports, but definitely not plumetting as much as it seems they should be (or at all) during this new era, especially for certain housing types.

The average price of a GTA condo overall went up in June (per a Strata.ca report), but the latest numbers from GTA housing experts Urbanation show that during the last three months, the average price for a “resale condo” specifically actually trended down, by an an amount that the firm called “mild” in its report: 4.9 per cent, to $940 per square foot.

Meanwhile, the average price for a unit in a new condo building in the region skyrocketed up to hit record high of $1,453 per square foot during the same period, which is up four per cent from the first quarter of the year and an entire 20 per cent from the same time last year.

The price per square foot for the typical new-build condo in the GTA keeps going up despite a dramatic fall in sales volumes. Graph from Urbanation.

Urbanation says that this data, as well as still-low inventory on the market and increased costs for builders amid inflation, indicate that “there appears to be little, if any, room for new condo prices to adjust lower in the current environment.”

They also add that the construction of a staggering 10,000 units of an expected 35,000 new ones to be built in the GTA this year have been put on pause (!) due to the current market conditions, which include an increasing number of unsold units (11,703 in Q2, which is 36 per cent more than there were in Q1). 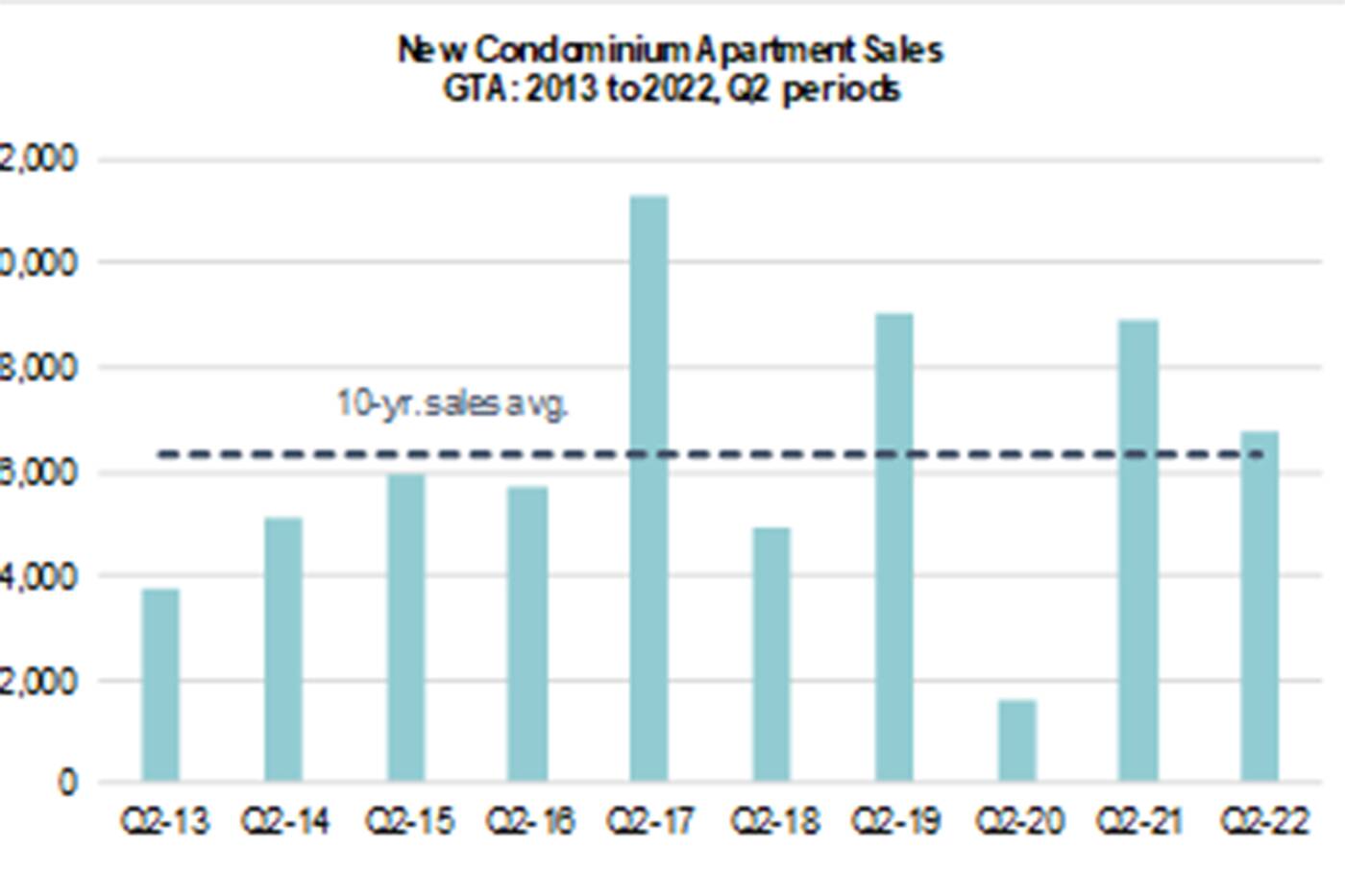 The number of new condo units that have sold was down year-over-year and quarter-over-quarter in the last three months, a continuing trend. Graph from Urbanation.

“The new condominium market is likely to continue slowing in the near-term from last year’s record highs as presale buyers act cautiously and developers delay new openings,” the report reads.

“However, prices are expected to hold firm amid low inventory and high development costs. The strength in the rental market and shift in demand towards more affordable ownership options should provide support for condominium activity as the market works through the effects of higher interest rates.”

You can now get cakes inside of cans in Toronto

Why a Blockade of Taiwan Would be Disastrous for China

What Is on the Lowest Deck on a Ship?