Being a tenant in Toronto is extra tough right now, with rent prices continuing to skyrocket up from lockdown-era lows that we should have known wouldn’t last long, in a city was notoriously expensive to survive in as ours.

With the average apartment in the GTA at large (not even downtown Toronto proper) now costing $2,403 per month, people who need to move are getting desperate and competitive, perhaps exploring some of the less savoury options out there — which, amid inflation, high mortgage lending rates and a recession, can get pretty bleak.

One new listing on Kijiji for a basement bachelor unit shows how dark some of these units can be, and indicates a new trend of apartments without actual kitchens (no, it’s not the only one).

The dirty stairs are just the tip of the iceberg in this horror movie-esque apartment. Photo from the Kijiji listing.

At only $675, the unit is shockingly affordable for the city, but that affordability definitely comes at a price in other ways. Minimal photos in a listing are usually a pretty bad sign, as are poor quality photos, and this ad has both.

We do get a photo of the entryway, though, some creepy, rudimentary and visibly grimy stairs that lead into the abyss.

Next up is the bathroom, which actually isn’t awful, but includes a very tiny shower and could definitely use some work in general. The bathroom isn’t as bad as it could be, but definitely isn’t ideal. Photo from the Kijiji listing.

And then there’s the kicker: the excuse for a “kitchen,” which appears to include a sink and a few square feet of counter space (that is if you move the portable single-element hotplate, which is at least on an actual counter, I guess) in a ramshackle corner, but not much else. The kitchen is a bit of a disgrace for anyone planning to cook or even just store food. Photo from the Kijiji listing.

There is one small open L-shaped shelf for dishes, and there appears to be one cupboard, but it may be hard to see past the brightness of the single exposed lightbulb on the wall, presumably the only light source in this little corner of the dungeon-like unit.

Finally there’s the bedroom/living space, which is also very eerie-looking, but appears to be the only space in the apartment you’d be able to spend any time in, and the only room with a window (as small as it is).

With a coat of paint and some furnishing, the room could be livable for the right person. 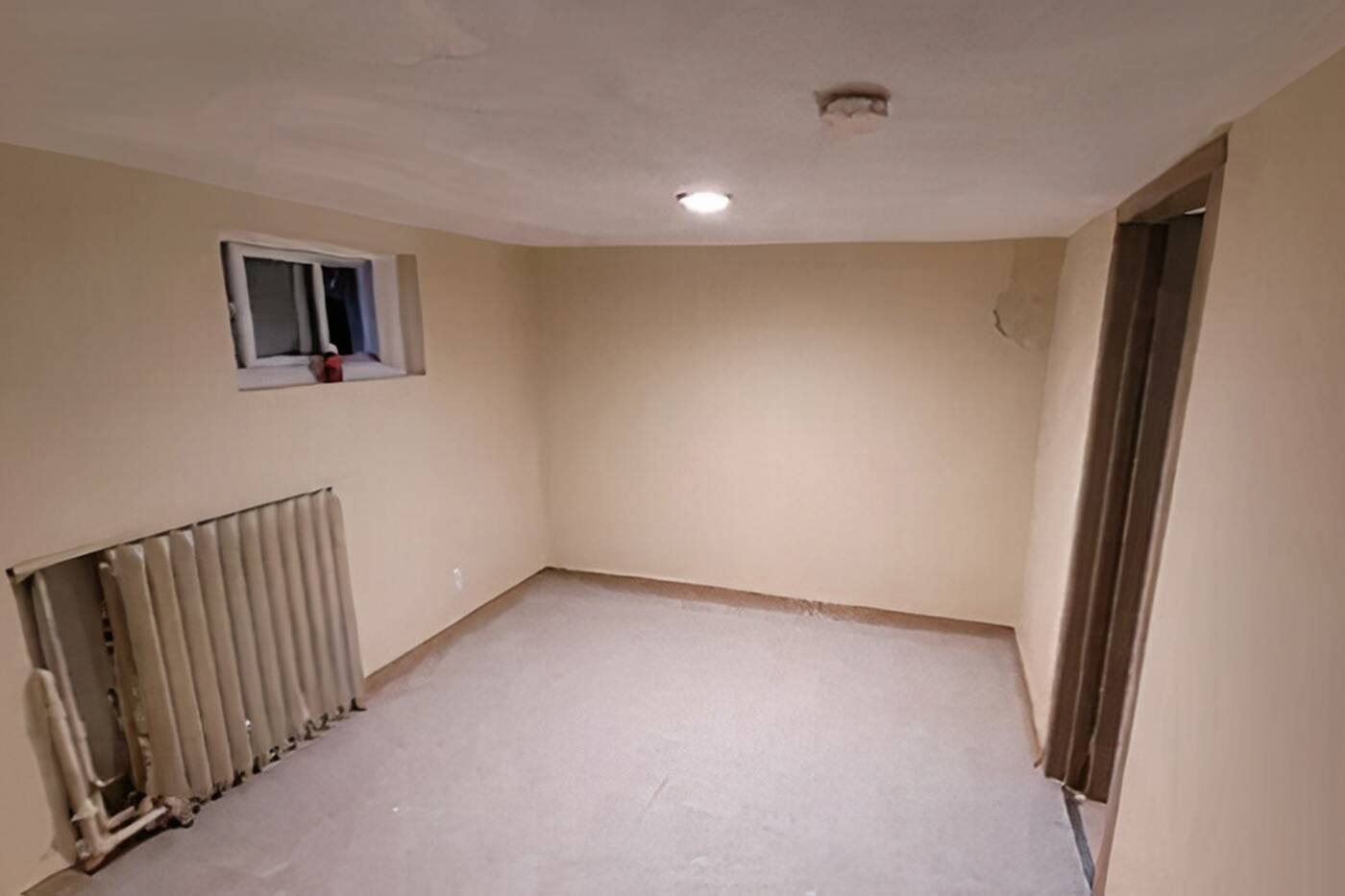 It’s not a dream bedroom, but it’s the best room in the apartment and the only one with a window. Photo from the Kijiji listing.

But the kitchen in particular is pretty unforgivable, and would maybe be less so if there was access to communal living spaces or if location of this place was super desirable.

The home is near Weston Road and Jane Street — not exactly downtown, nor central enough to sacrifice quality of living in basically every other way.

Though times are financially rough out there for everyone, property owers and landlords included, this spot should definitely get a lot more love before it is listed as fit for habitation.

This $1.2 million Toronto home will need a lot more than TLC