Warmer waters are flowing towards the East Antarctic ice sheet, according to our alarming new research which reveals a potential new driver of global sea-level rise.

The research, published today in Nature Climate Change, shows changing water circulation in the Southern Ocean may be compromising the stability of the East Antarctic ice sheet. The ice sheet, about the size of the United States, is the largest in the world.

The changes in water circulation are caused by shifts in wind patterns, and linked to factors including climate change. The resulting warmer waters and sea-level rise may damage marine life and threaten human coastal settlements.

Our findings underscore the urgency of limiting global warming to below 1.5 degrees C, to avert the most catastrophic climate harms.

Ice sheets comprise glacial ice that has accumulated from precipitation over land. Where the sheets extend from the land and float on the ocean, they are known as ice shelves.

It’s well known that the West Antarctic ice sheet is melting and contributing to sea-level rise. But until now, far less was known about its counterpart in the east.

Our research focused offshore a region known as the Aurora Subglacial Basin in the Indian Ocean. This area of frozen sea ice forms part of the East Antarctic ice sheet.

How this basin will respond to climate change is one of the largest uncertainties in projections of sea-level rise this century. If the basin melted fully, global sea levels would rise by 5.1 meters.

Much of the basin is below sea level, making it particularly sensitive to ocean melting. That’s because deep seawater requires lower temperatures to freeze than shallower seawater. 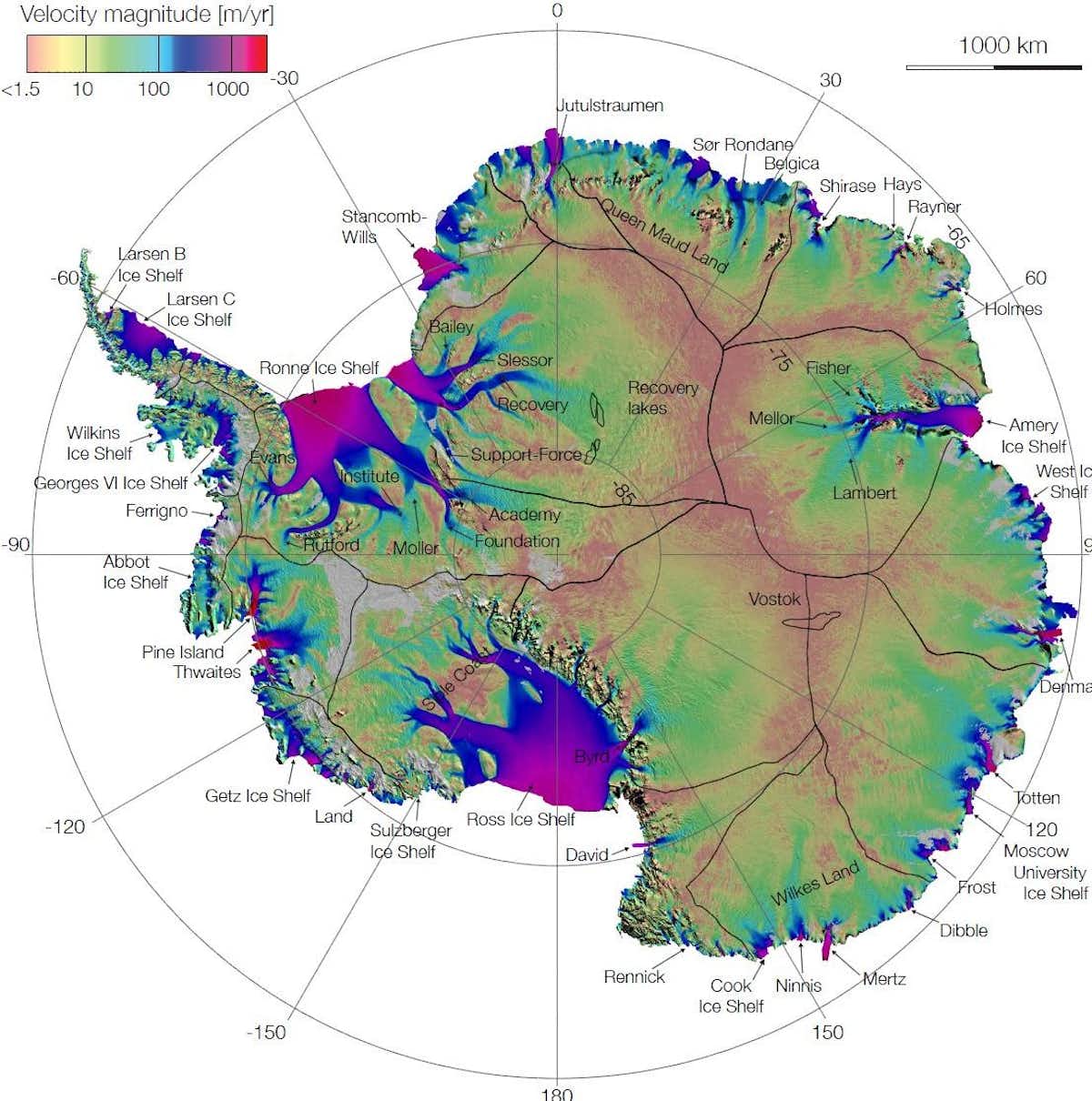 A map of Antarctica seen from above, revealing the extent of the ice sheet. The Aurora Subglacial Basin is located inland of Totten Glacier, seen at lower right. (NASA’s Goddard Space Flight Center Scientific Visualization Studio)

We examined 90 years of oceanographic observations off the Aurora Subglacial Basin. We found unequivocal ocean warming at a rate of up to 2 to 3 degrees C since the earlier half of the 20th century. This equates to 0.1 to 0.4? degrees per decade.

The warming trend has tripled since the 1990s, reaching a rate of 0.3 to 0.9 degrees each decade.

So how is this warming linked to climate change? The answer relates to a belt of strong westerly winds over the Southern Ocean. Since the 1960s, these winds have been moving south towards Antarctica during years when the Southern Annular Mode, a climate driver, is in a positive phase.

The phenomenon has been partly attributed to increasing greenhouse gases in the atmosphere. As a result, westerly winds are moving closer to Antarctica in summer, bringing warm water with them.

The East Antarctic ice sheet was once thought to be relatively stable and sheltered from warming oceans. That’s in part because it’s surrounded by very cold water known as “dense shelf water”.

Part of our research focused on the Vanderford Glacier in East Antarctica. There, we observed the warm water replacing the colder dense shelf water.

The movement of warm waters towards East Antarctica is expected to worsen throughout the 21st century, further threatening the ice sheet’s stability.

Where ice sheets extend from the land and float on the ocean, they are known as ice shelves. Pictured: Iceberg Alley in East Antarctica. Dr Joel B Pedro, Author provided

Why this matters to marine life

Previous work on the effects of climate change in the East Antarctic has generally assumed that warming first occurs in the ocean’s surface layers. Our findings – that deeper water is warming first – suggests a need to re-think potential impacts on marine life.

Robust assessment work is required, including investment in monitoring and modelling that can link physical change to complex ecosystem responses. This should include the possible effects of very rapid change, known as tipping points, that may mean the ocean changes far more rapidly than marine life can adapt.

East Antarctic marine ecosystems are likely to be highly vulnerable to warming waters. Antarctic krill, for example, breed by sinking eggs to deep ocean depths. Warming of deeper waters may affect the development of eggs and larvae. This in turn would affect krill populations and dependent predators such as penguins, seals and whales.

We hope our results will inspire global efforts to limit global warming below 1.5 degrees C. To achieve this, global greenhouse gas emissions need to fall by around 43% by 2030 and to near zero by 2050.

But staying below 1.5 degrees would keep sea-level rise to no more than an additional 0.5 meters by 2100. This would enable greater opportunities for people and ecosystems to adapt.

Laura Herraiz Borreguero is a physical oceanographer at CSIRO.

Alberto Naveira Garabato is a Professor at the National Oceanography Centre of the University of Southampton.

Jess Melbourne-Thomas is a Tansdisciplinary Researcher & Knowledge Broker at CSIRO.

This article appears courtesy of The Conversation and may be found in its original form here.

The opinions expressed herein are the author’s and not necessarily those of The Maritime Executive.

What Is on the Lowest Deck on a Ship?