When people talk about a glow up they’re probably talking about 14 Rolyat St.

In 2016, this home used to be a tiny and dated three-bedroom bungalow, no where near the look of the current property.

But after it sold, the home was completely re-built and now it’s a three-storey modern masterpiece.

The kitchen has a large eat-in marble island. 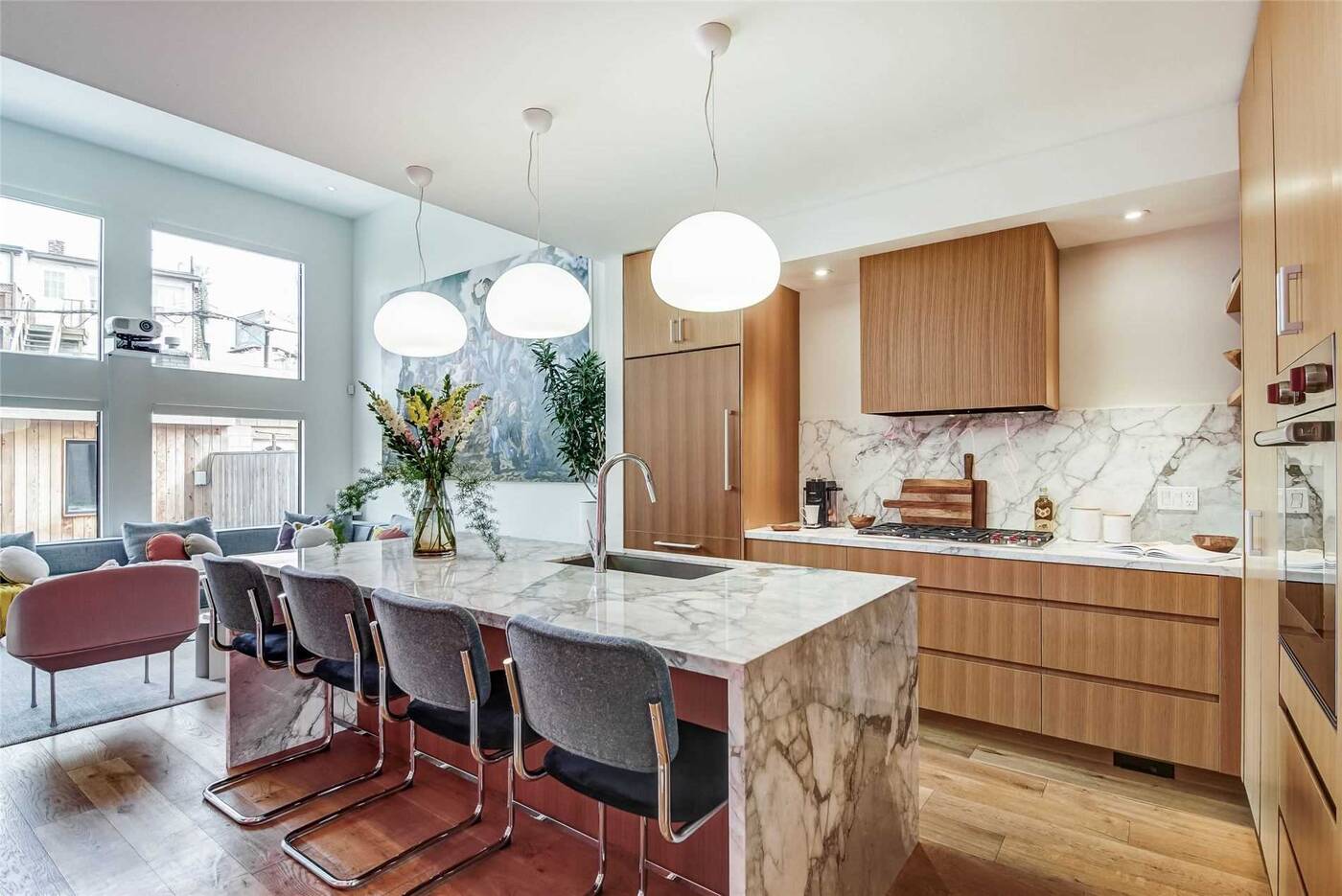 The kitchen features a Wolf gas range and oven as well as a Miele dishwasher.

On the main floor you have the dining, kitchen and and living spaces as well as a mud room. 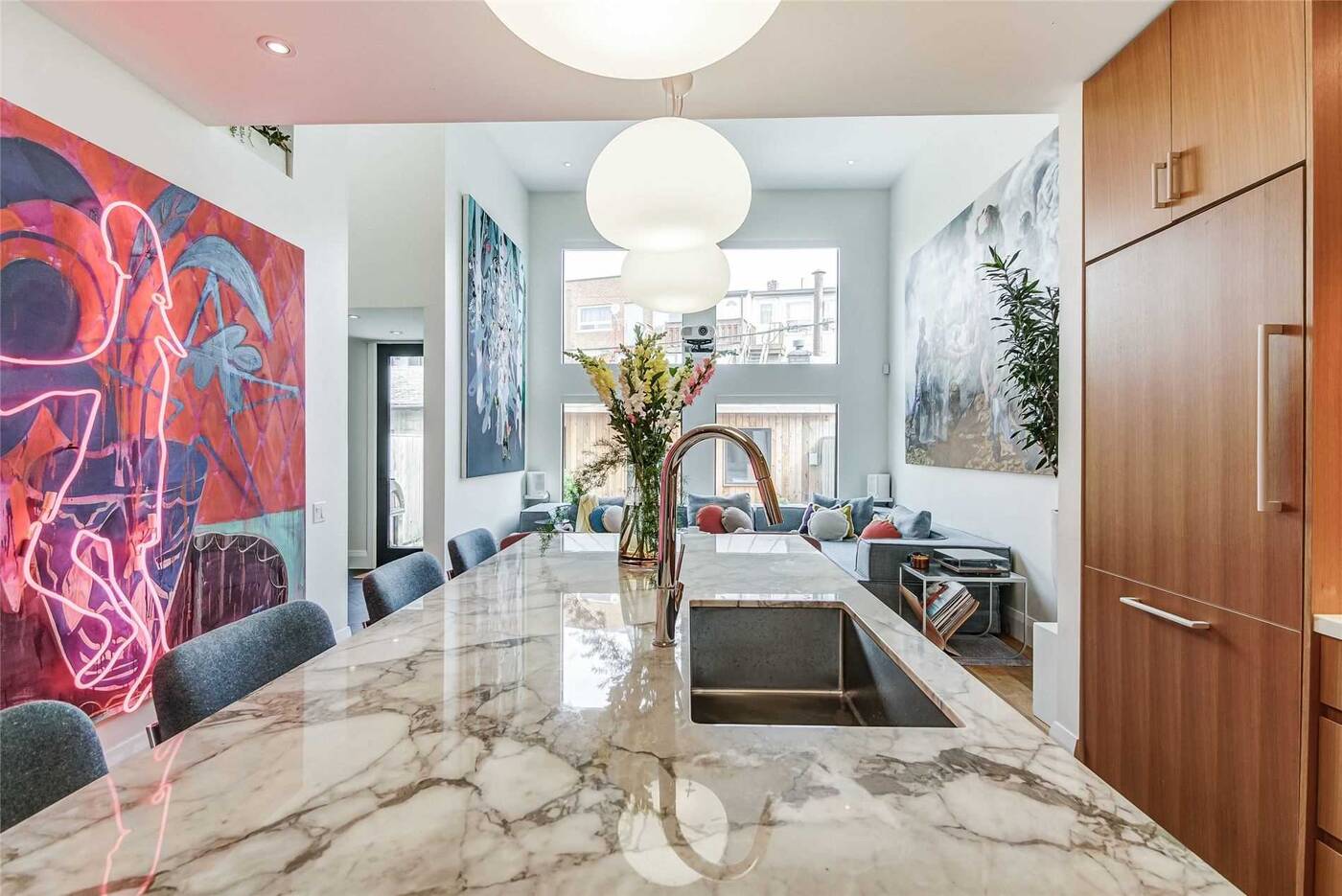 The view from the kitchen to the living room.

The kitchen and living room are open concept but still feel like distinct spaces thanks to the change in ceiling height. 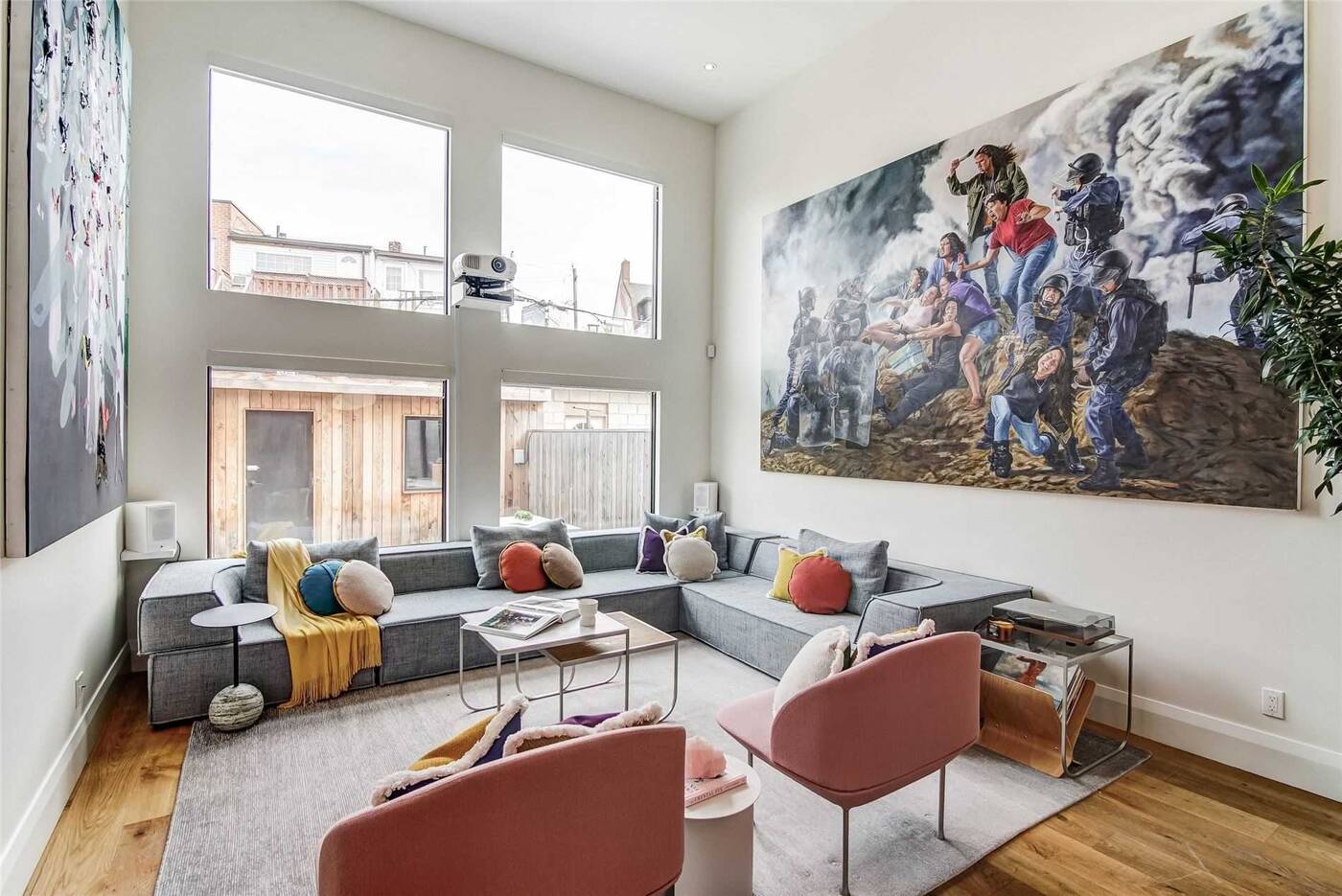 The bright and airy living room.

The soaring ceilings make it easy to display large pieces of art without making the rooms feel too small. The current owners have made the home very gallery-esque. 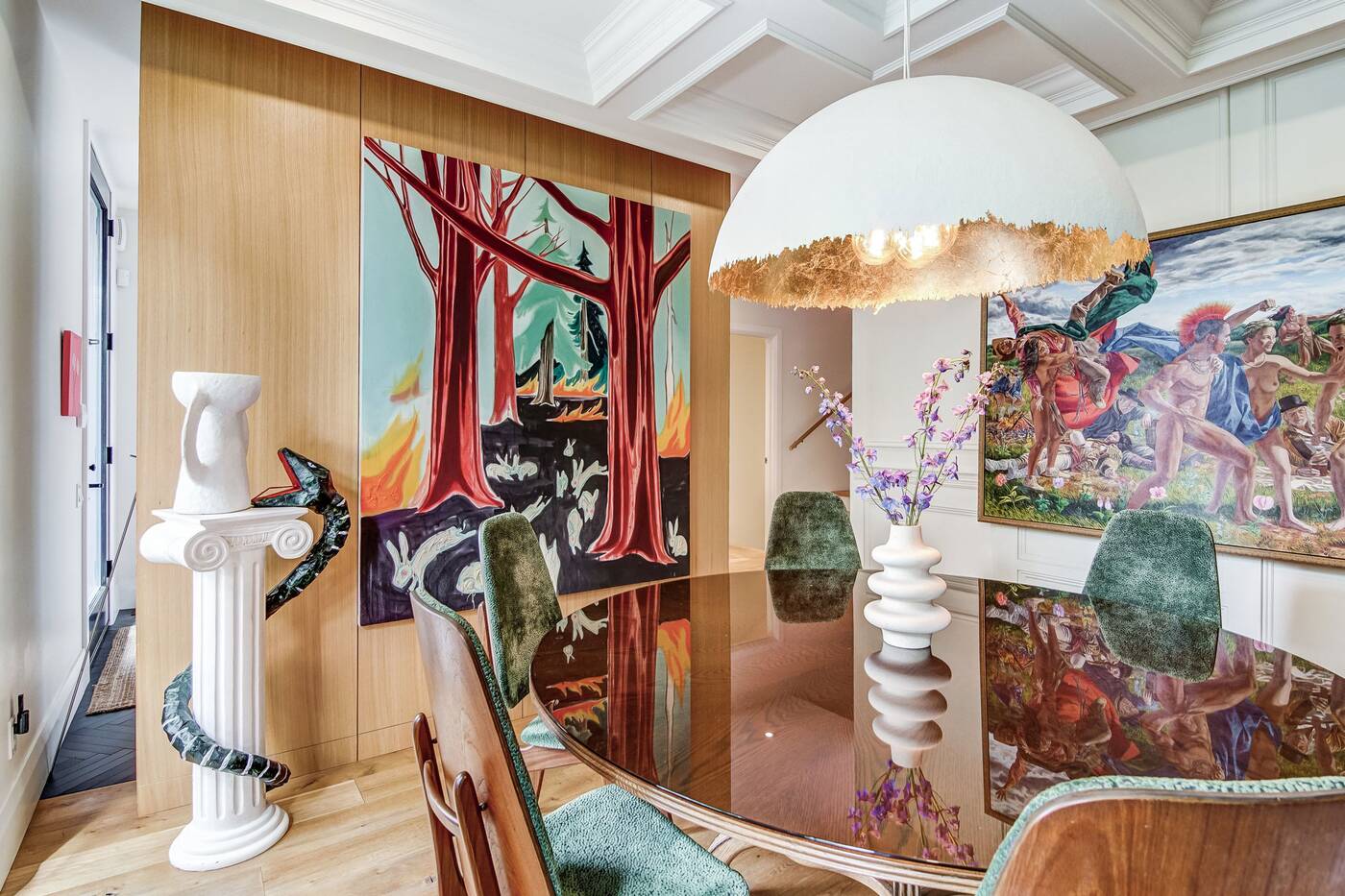 There are also interesting architectural features in the home, such as the coffered ceilings in the dining room. 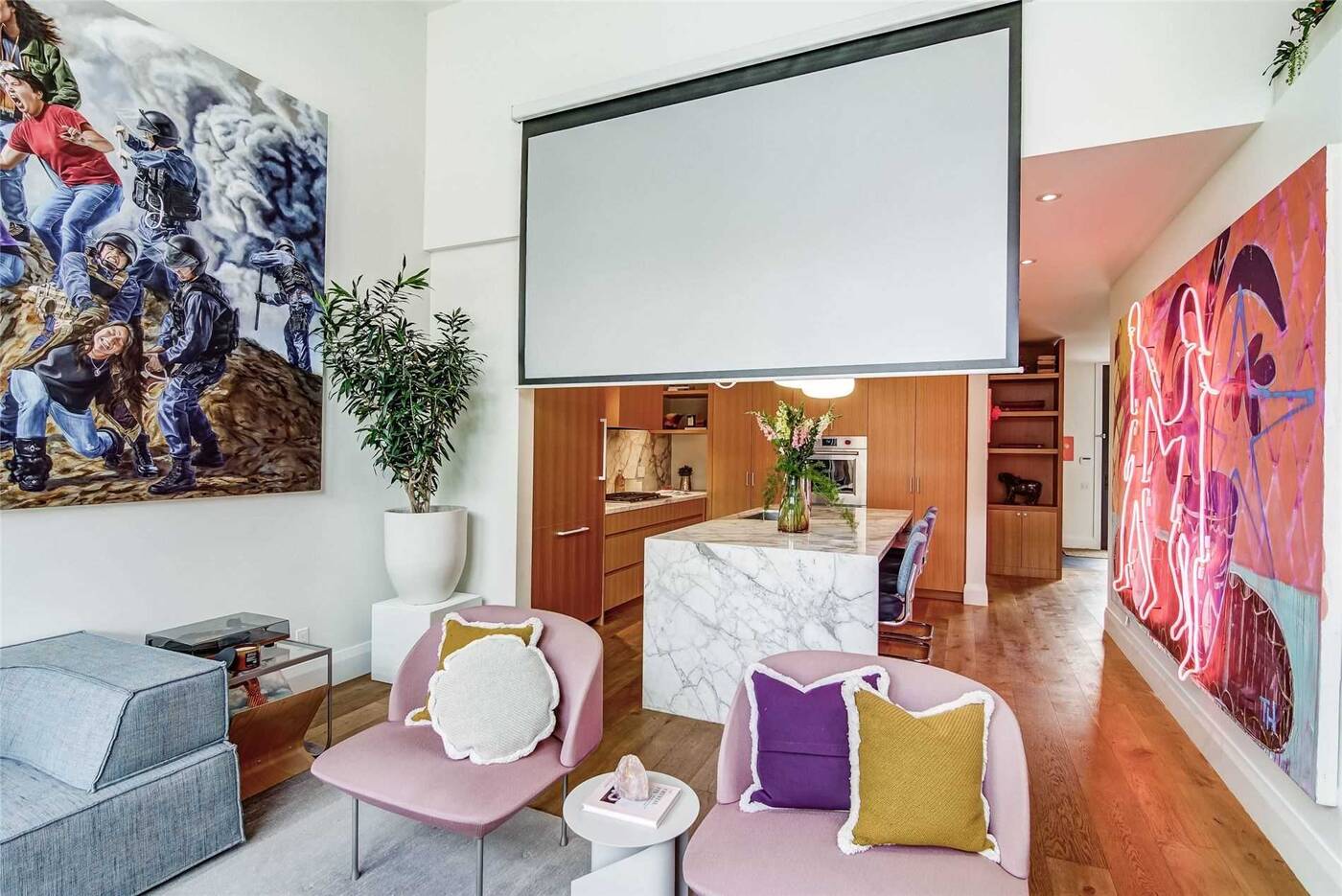 The roll-down screen and projector are included with the house.

Also in the living room there’s a projector and a screen that drops down from the ceiling, so movie nights are especially epic. 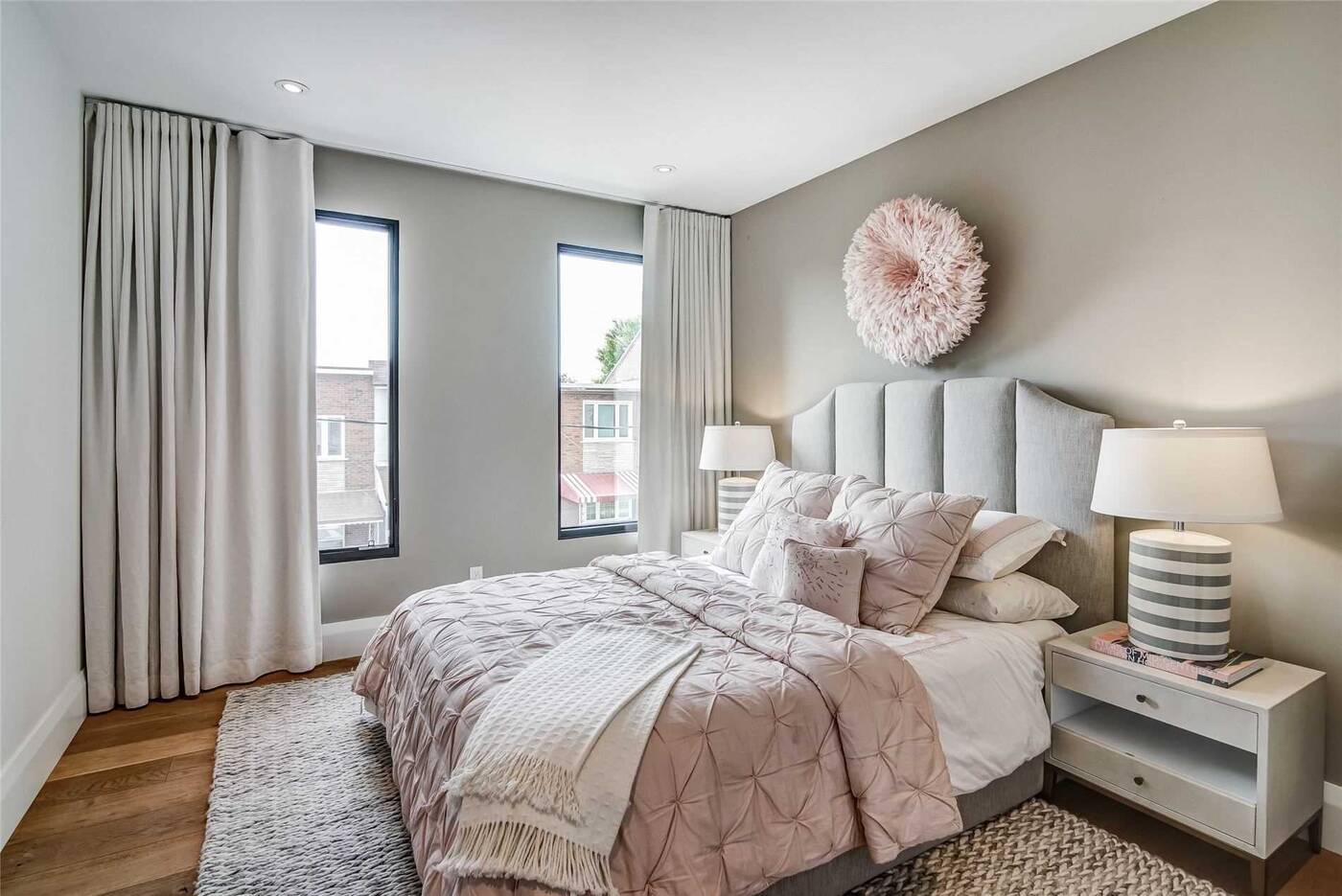 Some of the bedrooms have built-in bookcases and desks.

On the second level of the home you’ll find two bedrooms. 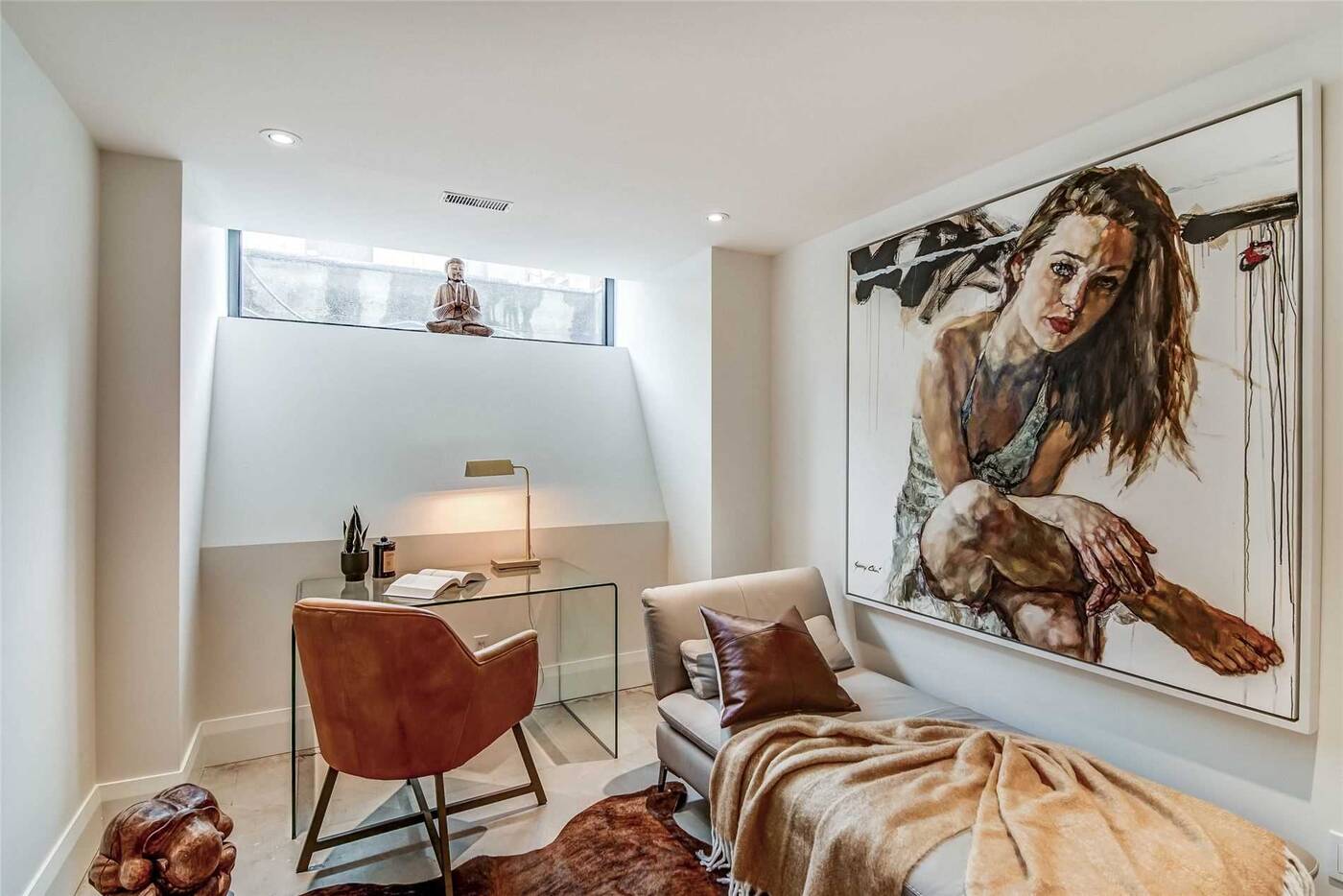 This home makes great use of space and offers plenty of built-ins to really maximize storage and functionality. 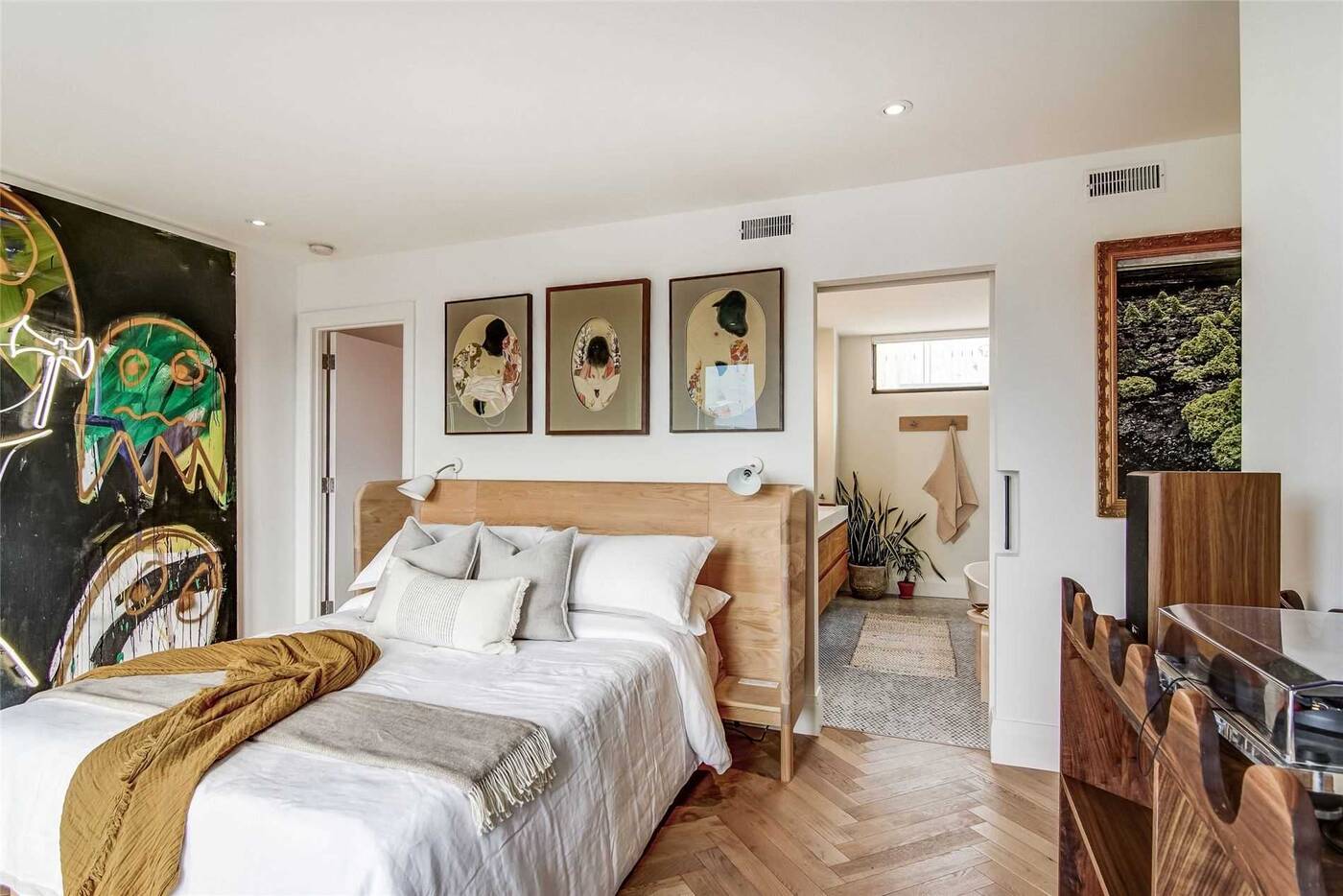 On the third floor you’ll find another two bedrooms, including the primary bedroom complete with a hotel-style ensuite bathroom and built-in closets. 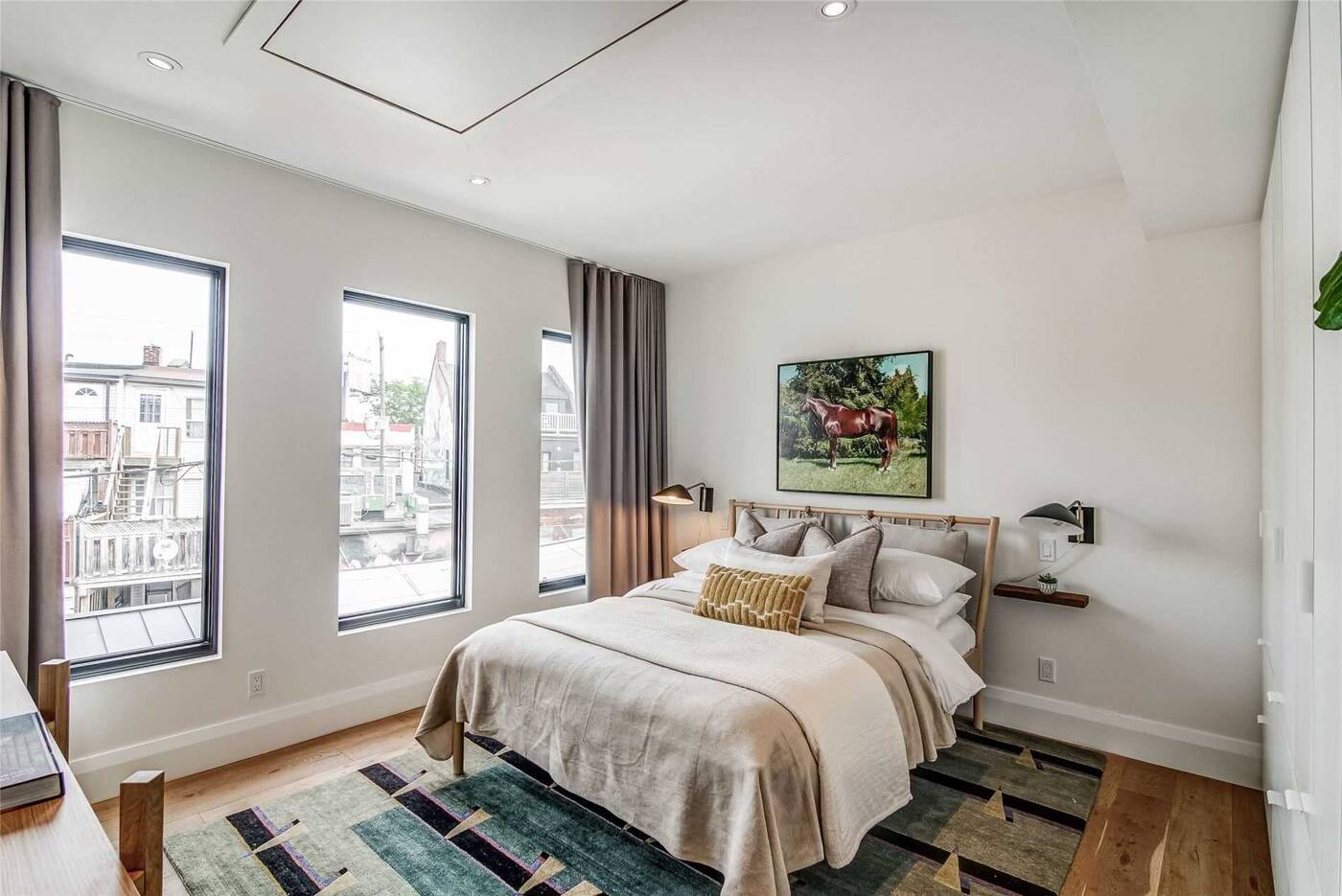 The bedroom that leads up to the rooftop deck through the drop-down door.

One feature that realtor Jaclyn Appugliesi told blogTO about is there’s also a cheeky trap door in the ceiling that gives you access to the rooftop patio in one of the bedrooms. 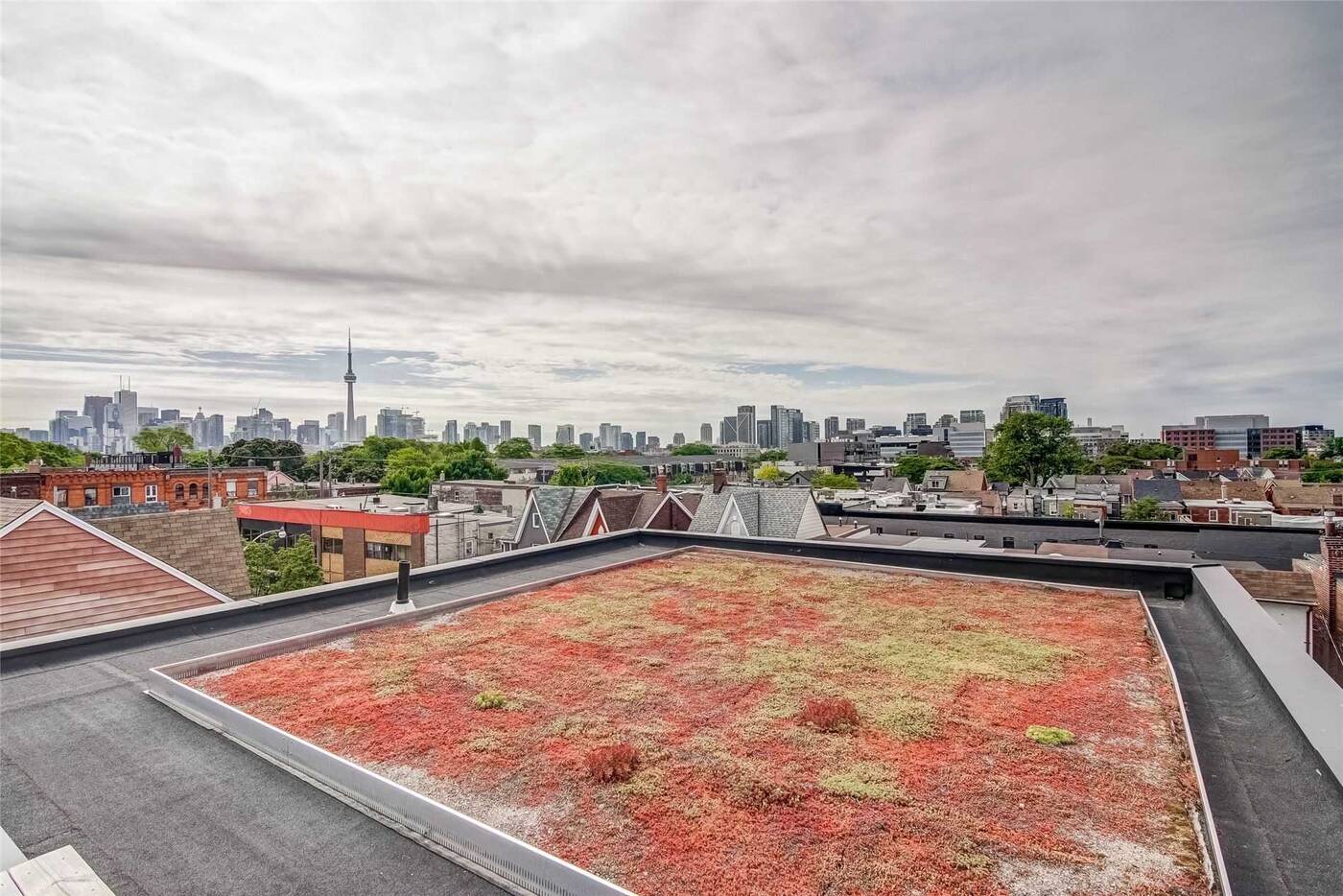 The views from the rooftop patio.

The patio has sweeping views of the city and a succulent garden. 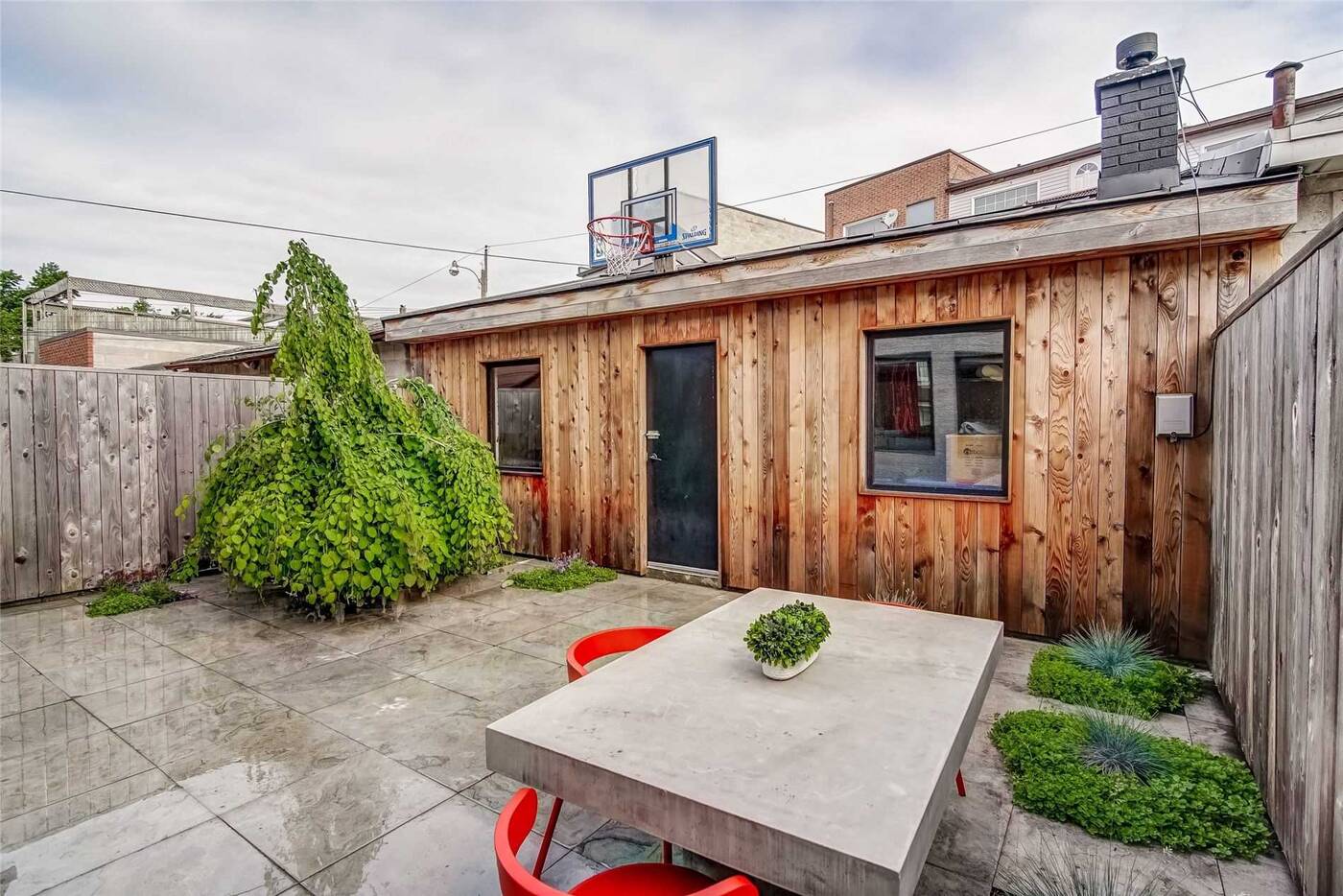 In addition to the rooftop deck, there’s also a limestone-tiled backyard with a pizza oven! 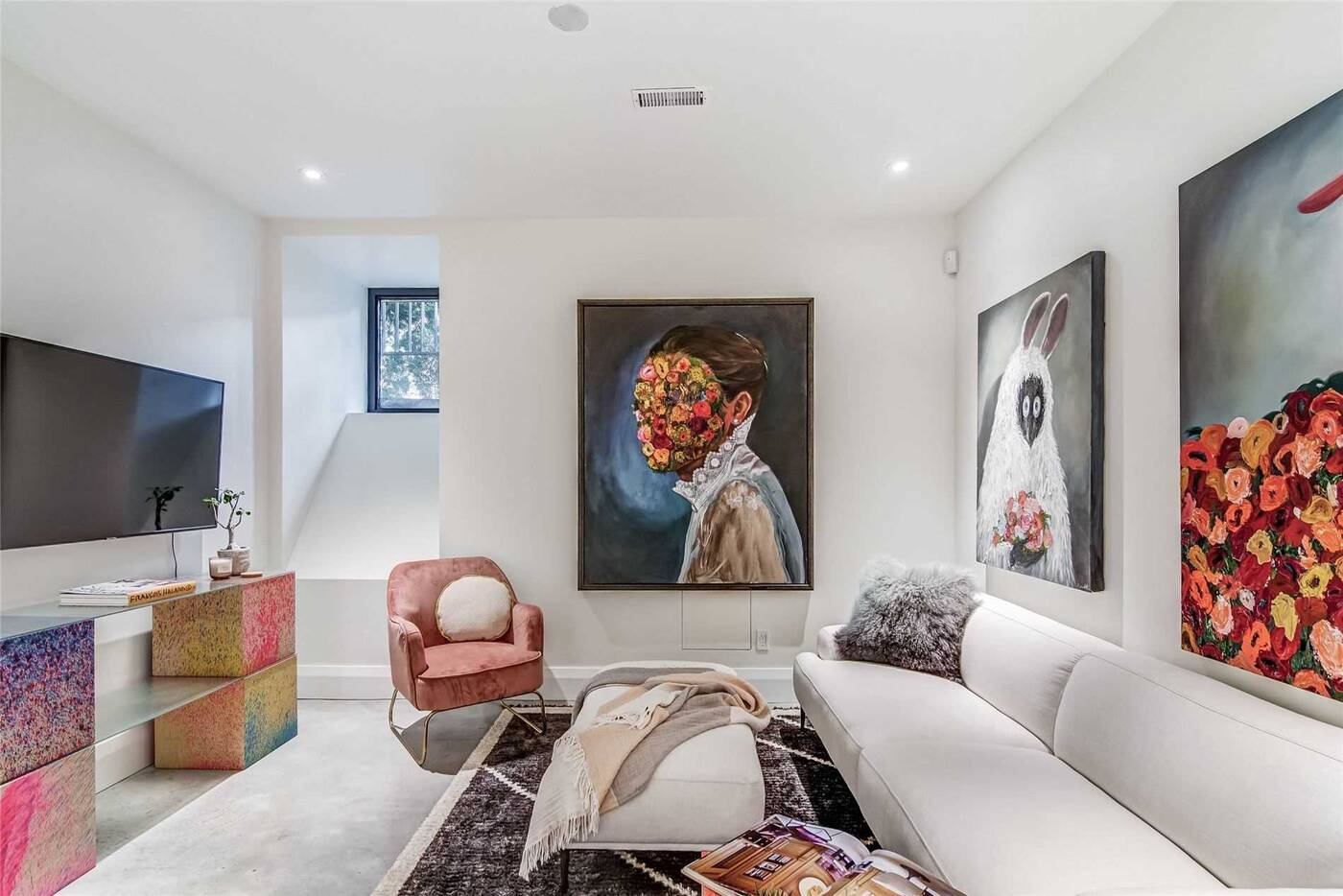 The rec room in the basement.

The basement has more living space with an extra bedroom, which can be used as an office, as well as there’s a gym and a large rec room. 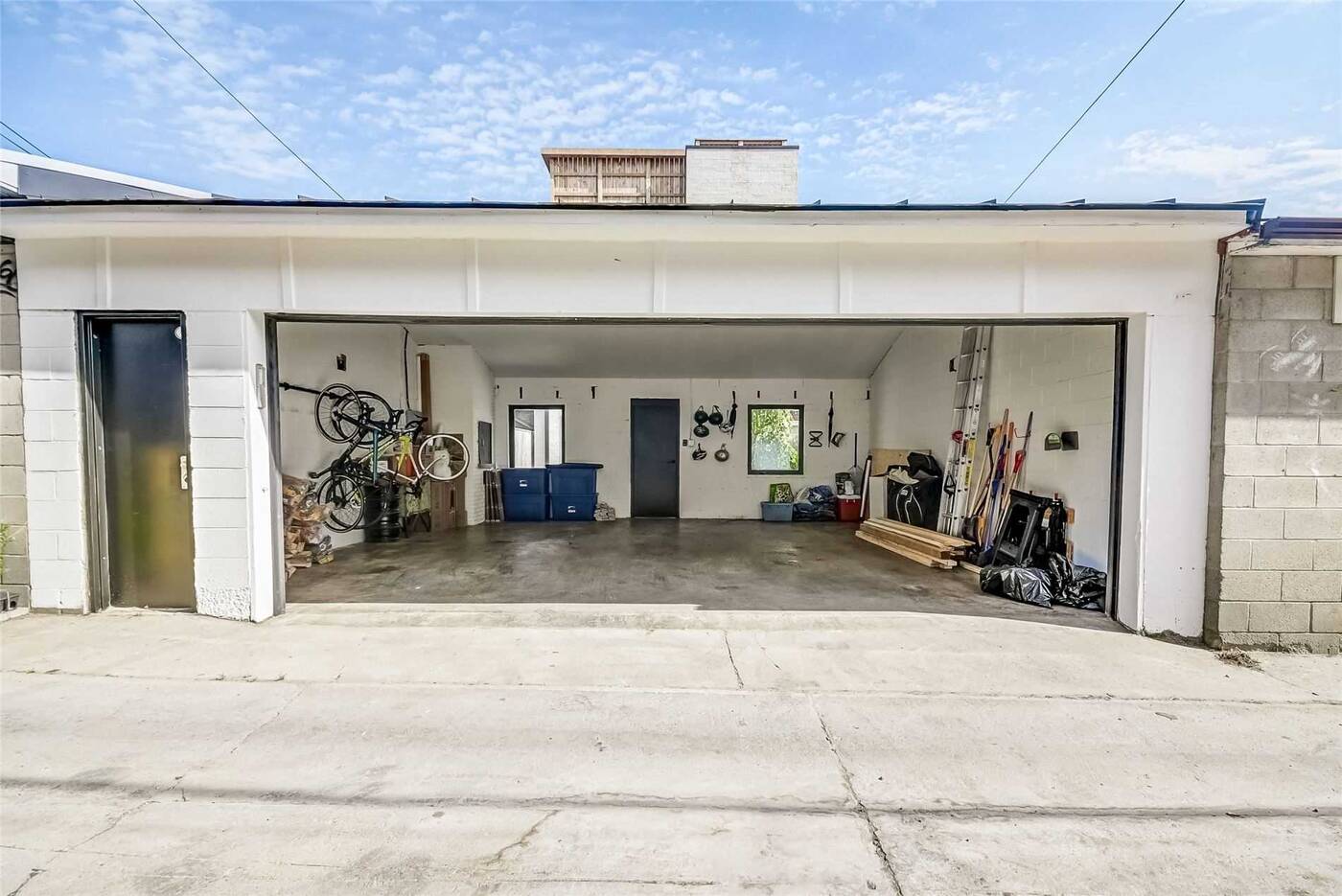 The garage is big enough for two cars of anything you can think up.

The home also has a two-car laneway garage for storage or workshop needs. 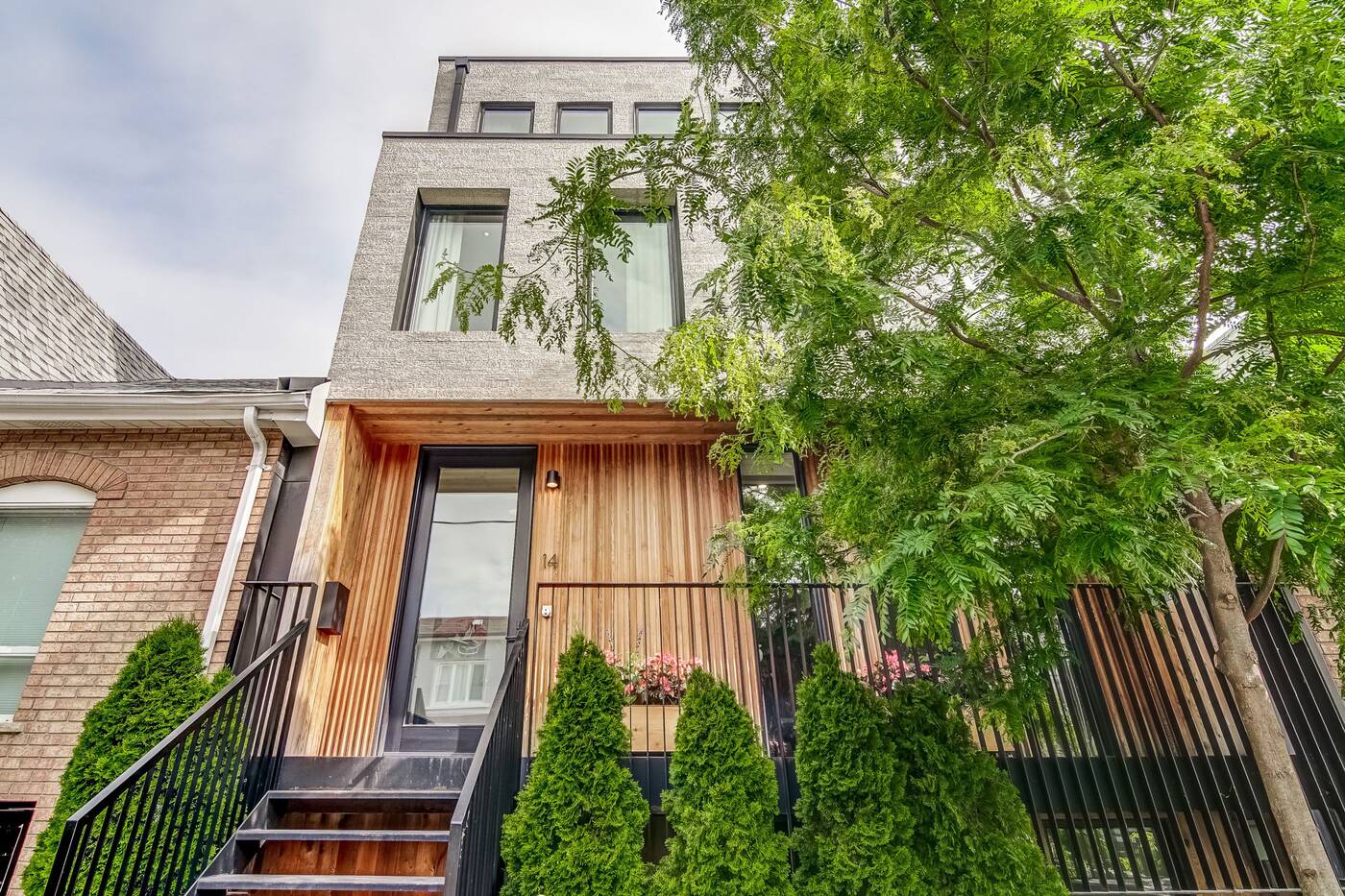