A once-thriving block of beautiful old Toronto storefronts at King and George Streets has been looking a little worse for wear since a 2015 fire, but a proposed condominium and hotel development is promising to add new life to the block of 185 King Street East, if the city approves the owner’s ask for a tall building above.

The east end of the block has been vacant since a June 2015 fire gutted a law office and caused extensive smoke damage to the business on the corner, formerly a Starbucks.

Despite the damage, demolition was never an option as the site is listed on Toronto’s Heritages Register under Section 27 of the Ontario Heritage Act.

Developer Easton’s Group intends to preserve the existing heritage features along the King Street East frontage and a portion of the George Street South frontage, incorporating them into the base of a new 33-storey condominium and hotel tower designed by architects IBI Group.

Rising to a height of just over 123 metres, the proposal calls for stacked uses with a base containing lobby and amenity space, hotel suites in the middle, and condominium uses above.

Separate hotel and condo lobbies will occupy the bulk of the ground floor, with shared elevator banks that would likely see guests and residents distinguished via access cards or keyfobs.

Hotel amenities will include a ballroom with pre-function spaces, meeting rooms, a gym, and outdoor areas. 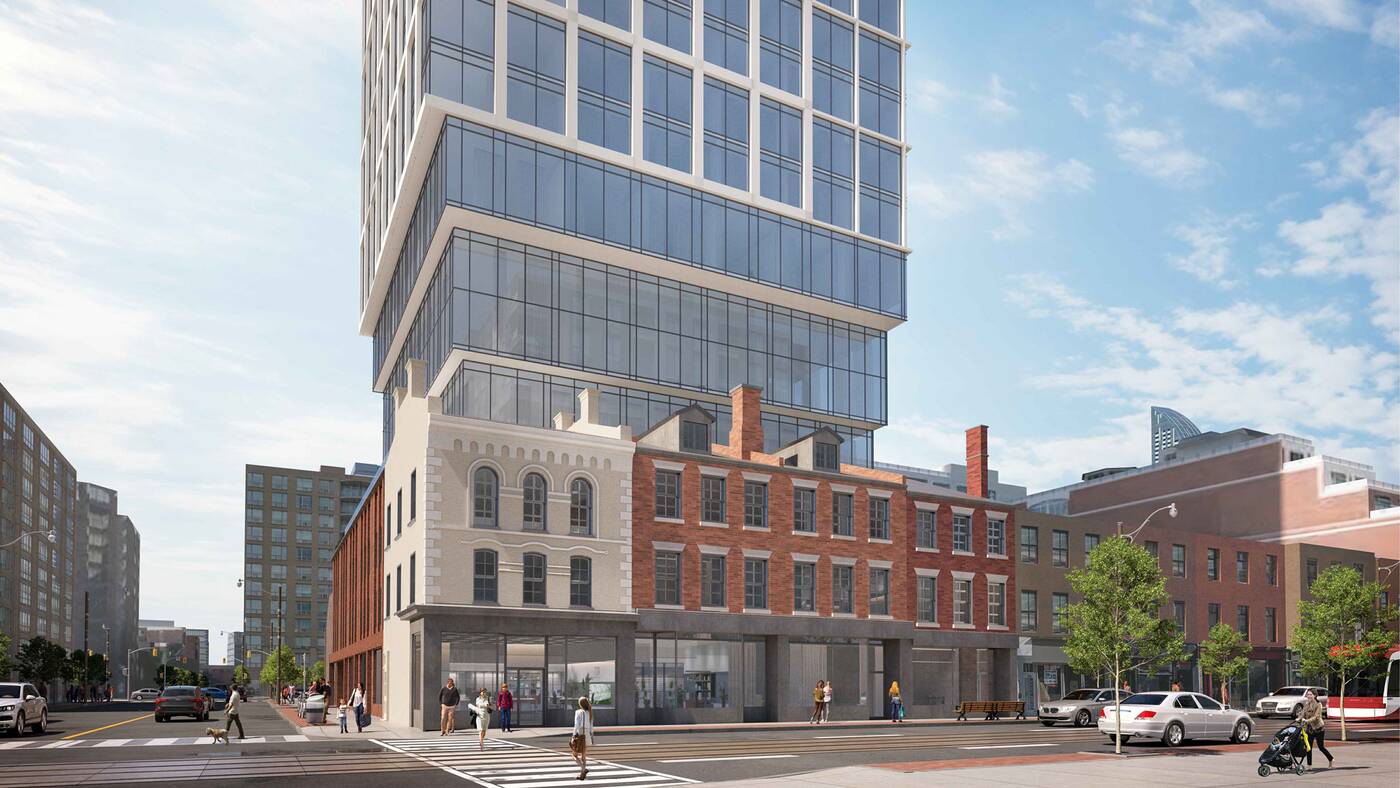 Easton’s Group builds hotels across the GTA under banners including Marriott, Hilton, Embassy Suites, Westin, Holiday Inn and others, though it is not yet known which hotel chain will be expanding their Toronto presence through this plan.

City staff only received the rezoning application on Aug. 18, which was circulated for review on the 26th, meaning it might be some time before council votes on the proposal’s fate.

MSC Cruises Eases Protocols for Sailings to the Bahamas and Caribbean

Reasons to look forward to travel this fall

Reasons to look forward to travel this fall

5 things to check before applying for your next credit card