Royal Caribbean’s Quantum Ultra class ship, Odyssey of the Seas, visited the Cagliari Cruise Port for the first time on August 29, 2022, on a sail embarking from Rome (Civitavecchia) on August 21.

This same day, two additional large cruise ships accompanied Odyssey of the Seas at the Cagliari Port, Costa Firenze and AIDAstella, creating a triple call that brought about 8,000 visitors to Sardinia’s capital.

Odyssey of the Seas’ First Call in Cagliari

Odyssey of the Seas, made its first call at the Cagliari Cruise Port, docking at the Rinascita pier, with almost 3,700 passengers on board, exploring southern Sardinia.

As one of the largest seaports in the Mediterranean Sea basin, Cagliari Cruise Port is the main cruise port in Sardinia, located in the island’s capital.

On August 21, Royal Caribbean’s Odyssey of the Seas departed from Rome (Civitavecchia) and visited destinations such as Santorini, Mykonos, Bodrum, Messina, Naples, and Cagliari (Sardinia’s capital). This 16-deck 2021-built ship now holds the place as the largest cruise ship to ever berth in the port of Cagliari.

General Manager of Cagliari Cruise Port, Raffaella Del Prete stated, “We are pleased to have welcomed the Maiden Call of Odyssey of the Seas, which marks the return of Royal Caribbean to the Sardinian port.”

“This year around 120 calls and 170,000 passengers are expected in Cagliari, and the numbers for 2023 speak of further growth, with several days of co-presence of more ships. It is therefore necessary to continue to collaborate in synergy with the territory and the institutions, to guarantee tourists and the local community the best possible experience,” Prete added.

Read Also: What Thrilling Features Can You Find on Odyssey of the Seas?

With a guest capacity of 5,510, Odyssey of the Seas is a part of the Royal Caribbean Group which controls almost 26% of the global cruise market with 42 ships, encompassing five different brands.

Primarily operating in the Caribbean out of Port Everglades in Florida, it is the second Quantum Ultra-class cruise ship and the last of the class operated by the cruise line. The 167,704 gross-ton ship was delivered to Royal Caribbean on March 31, 2021,

This triple call brought about 8,000 visitors to Cagliari, marking a recovery for the cruise industry in Sardinia after the closure due to the pandemic.

With an increase in ships visiting Cagliari, the Sardinian port has grown in popularity, and this event highlights the synergy between Cagliari Cruise Port, Port Authority, and Municipality.

Alessandro Sorgia, Tourism Councilor of the Municipality of Cagliari stated, “The arrival in Cagliari of these 3 large cruise ships reveals the crucial importance of the great teamwork carried out incessantly in recent years, even during the lockdown, by the municipal administration represented by me, Cagliari Cruise Port and the Port Network Authority of Sardinian Sea.”

“Today’s date collects and shows the fruits of this collaboration, also demonstrating how much cruise tourism also represents an excellent vehicle to promote our beautiful city,” he added.

The Rinascita pier hosted Costa Group’s Costa Firenze and is now on its twenty-first call as the primary client of the Sardinian port every Monday, and the Sabaudo pier welcomed AIDA Cruises’ AIDAstella for the third time.

Raffaella Del Prete, General Manager of Cagliari Cruise Port added, “Three large ships in port are a beautiful picture and represent a challenge, won thanks to our experience, to the services offered to Cruise Lines and guests and to the intense collaboration with the entire local maritime cluster, from pilots, moorers, tugs, to tour operators and port agents, with the essential activity of the Harbor Master and the Port Authority.” 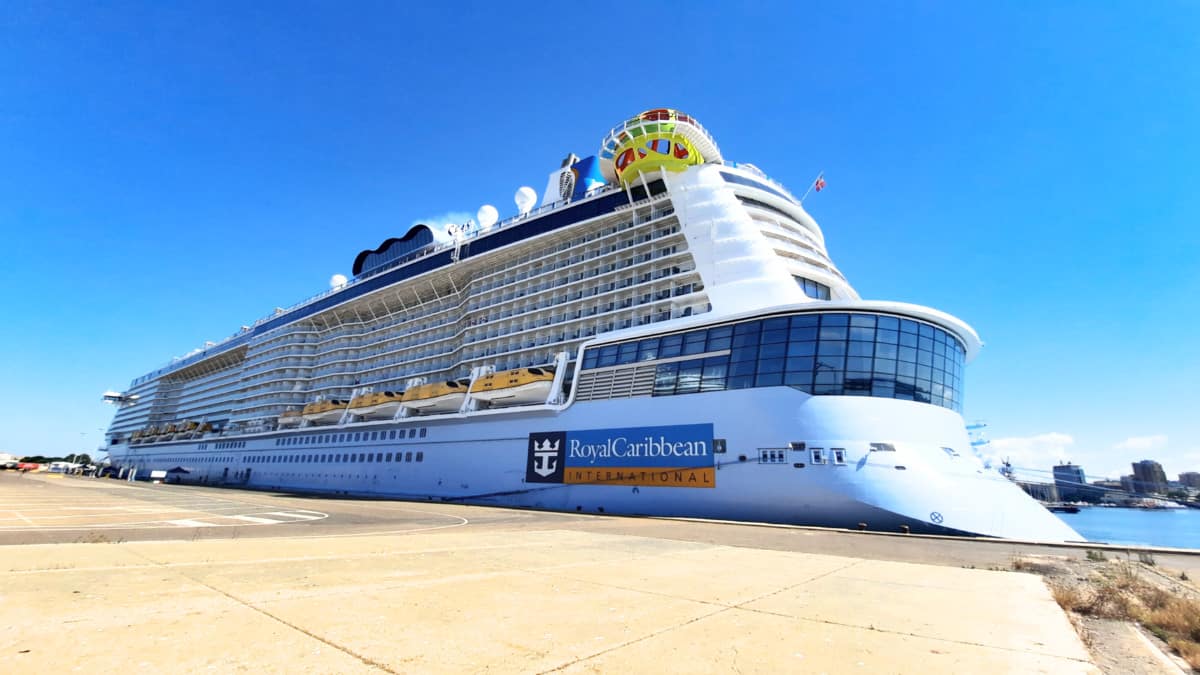 How Much do Medical Services Cost on a Cruise Ship? · Prof. Cruise