Stena Ferry Drifting in the Baltic After Truck Fire was Extinguished

The situation remains tense in the Baltic after a fire aboard the Stena Scandica left the vessel blacked out and drifting in rough seas. The fire was reportedly extinguished by the crew with no injuries. The latest reports from the Swedish Maritime Authority is that some passengers may be evacuated while they are waiting for a rescue tug due to arrive in the evening to tow the 35,500 gross ton RoPax. At last reports, the vessel is about 14 nautical miles from Gotland, Sweden.

The fire was reported at mid-day while the 17-year old ferry was sailing just north of the Swedish island of Gotland in the Baltic. Stena confirmed that a fire had been discovered on the vehicle deck of the vessel at around 12:30 p.m. The Swedish Maritime Rescue Society said conditions at the site are “relatively difficult,” with reports of waves up to 10 feet and winds around 35 mph. There are 241 passengers aboard in addition to 58 crew.

Pictures and social media postings show that the passengers were moved to what Stena called an “allocated area,” but images showed them on the outdoor top deck in lifejackets exposed to the elements. A small amount of smoke could be seen over the side of the vessel. 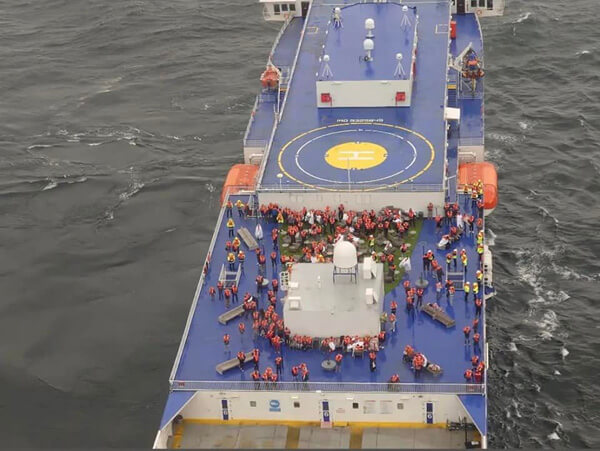 The fire caused the ferry to lose power and the Swedish Coast Guard said her anchor was not working. At last report, the Stena Scandica was drifting south toward Gotland at about 2 to 3 knots.

Three sea rescue vessels from Sweden were among the first to reach the scene and continue to standby. The Maritime Administration has also had three helicopters on site prepared to assist with an evacuation. The Coast Guard has both an airplane and a rescue boat monitoring the situation as well as pilot boats from shore. The authorities reportedly also asked the ferry Visby that was also in the area to divert and standby in case an evacuation was required.

They had been preparing for an evacuation but reported after an hour and a half that the fire was extinguished by the crew using the vessel’s onboard systems. Stena is reporting that it believes the fire began in the refrigeration unit of a truck on the vehicle deck. A team of specially trained firefighters from Sweden’s Marine Incident Response Group was also airlifted onto the vessel and is working with the crew to confirm the fire is out. 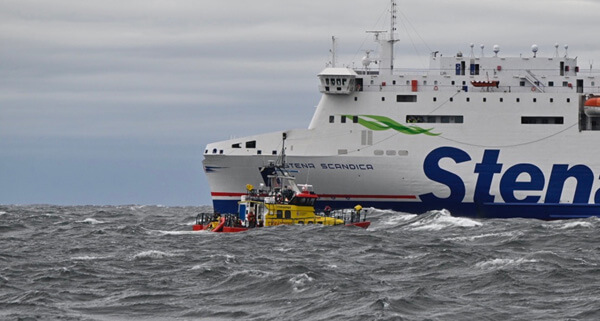 Swedish authorities said after the fire was extinguished that they did not believe an evacuation would be required. The Swedish Maritime Authority reports that they are continuing to monitor the situation and are expecting a rescue tug would reach the vessel at approximately 8:40 p.m. Stena in Latvia is advising that the ferry will return to the port of Ninashamn in Sweden early Tuesday morning.

The Stena Scandia was sailing between the Port of Norvik in Sweden and the Port of Ventspils in Latvia when the fire broke out.

Former Celebrity Cruise Ship to be Scrapped in Aliaga, Turkey

Former Celebrity Cruise Ship to be Scrapped in Aliaga, Turkey

There’s a massive sneaker convention coming to Toronto this month

Disney Cruise Line Updates Testing Protocols for All But One Ship

Taylor Swift is making a surprise appearance in Toronto