The Port of Rotterdam announced plans for a large expansion of its container capacity with a new investment from Hutchison Ports and the MSC Group’s Terminal Investment Limited Sàrl (TIL). The companies are planning a new container terminal and redevelopment in the Europahaven at the north side of two existing Hutchison terminals.

The locations on the Delta peninsula of both of Hutchison’s terminals are part of the new container terminal. After the redevelopment, the terminal’s expected capacity will be six to seven million TEU.  The Port of Rotterdam currently has 14 terminals in total as well as 20 container depot yards. In December 2021, the port set a new record reaching just under 15.3 million TEU.

“In our plan, the new terminal will consist of five deep-sea berths with a total length of 2.6 km (1.6 miles),” highlighted Leo Ruijs, CEO of Hutchison Ports ECT Rotterdam and Hutchison Ports Delta I. “We are delighted to strengthen further our presence in the region, with the goal of building an automated container terminal that offers high productivity levels and a sustainable working environment.” 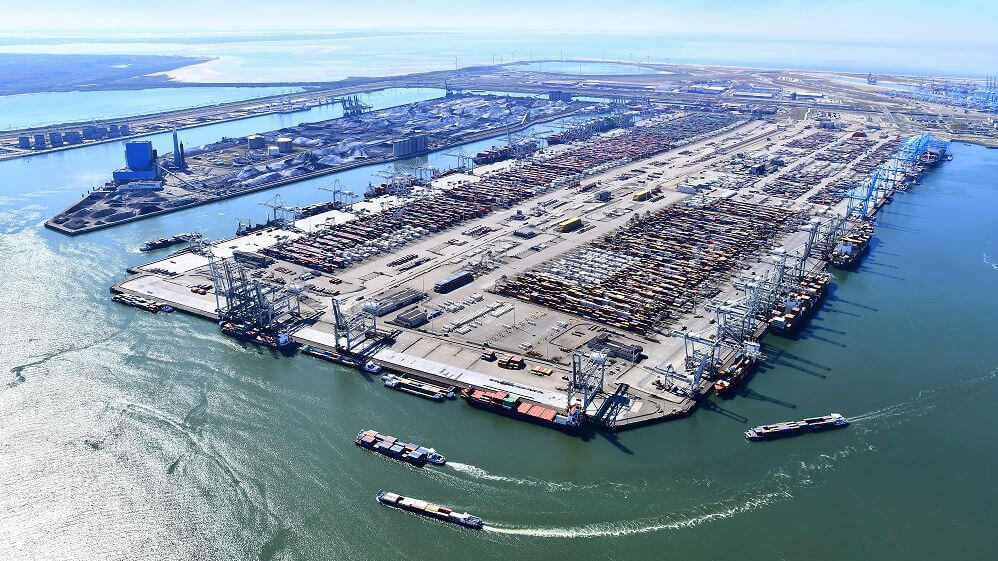 According to port officials, the redeveloped and expanded facility is part of MSC’s ambitions for further growth. The Port of Rotterdam Authority has agreed to redevelop the quay walls for this project. The first phase of the new terminal is expected to begin operations in 2027.

“As the world’s largest container shipping company, we have a crucial role in creating a sustainable future. We are committed to the development of this new state-of-the-art mega terminal in Rotterdam,” said Ammar Kanaan, CEO of TIL. “The possibility of utilizing shore power is, therefore, an important consideration for the development of the new terminal. Elaborations on the shore-side power strategy for this project will be further explored with relevant stakeholders.”

The plans for the expansion come as the Port of Rotterdam has faced a series of challenges in the first half of 2022. They reported a better than four percent decline in container throughput in the first half of the year and a more than five percent decline in container vessel calls. Typical the Port of Rotterdam received more than 40 deep sea ships each week.

Among the factors cited by Allard Castelein, CEO of the Port of Rotterdam Authority was the cessation of container traffic lined to Russia after the invasion of Ukraine. However, he also cites changes in carriers’ operations. Some companies he said were diverting to smaller ports to avoid congestion while larger carriers were skipping port calls. The loss in vessels however was partially offset by the increased loads and size of the vessels. On average they were handling an increase of more than six percent in loading and unloading containers per call.

The geopolitical conditions they said were creating uncertainty over expected volumes for the second half of 2022. The port however is following its long-term strategy focusing on the energy transition and expanding for example to handle the new, larger containerships expected on the routes from Asia. The Ever Ace, with a capacity of 23,993 TEU currently holds the record as the largest containership calling at the Port of Rotterdam.