Continuing its mission in law enforcement and support of the Combined Maritime Forces operating in the Gulf of Oman and the surrounding region, the U.S. Coast Guard made another significant seizure of illegal narcotics. The later interdiction on August 30, marks the third major seizure announced by the forces by the same U.S. Coast Guard fast response cutter, the USCGC Glen Harris, since the vessel arrived in the region eight months ago.

According to Combined Task Force (CTF) 150, one of four task forces under the command of the Combined Maritime Forces, the Glen Harris came on a fishing vessel while patrolling the Gulf of Oman. During a search of the vessel, the Coast Guard discovered that the fishing vessel was smuggling illegal drugs. 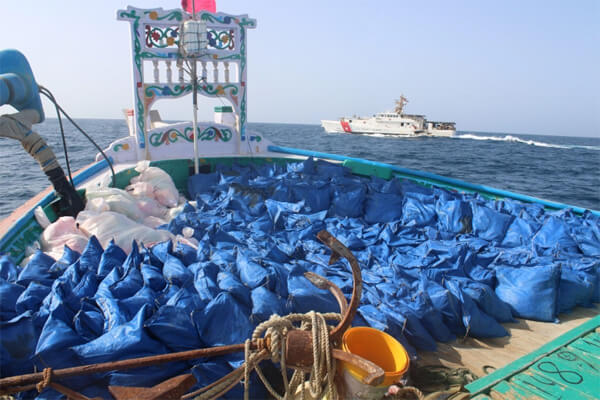 The seizure was given an estimated street value of more than $20 million. They reported finding 2,980 kilograms of hashish and 320 kilograms of amphetamine tablets during the operation.

Before this week’s interdiction, the Glen Harris is credited with two other significant seizures. Also, while on patrol in the Gulf of Oman, the Glen Harris came on another fishing vessel on May 31. After determining that it was a “stateless vessel,” the Coast Guard crew searched the vessel and seized 310 kilograms of heroin worth an estimated street value of $11 million. Two weeks earlier on May 15, they had conducted another search that led to the seizure of heroin, methamphetamine, and amphetamine pills worth $17 million, also found aboard a vessel in the Gulf of Oman.

“The results of Glen Harris’s success are a testament to the crew’s professionalism and determination,” said Lt. Cmdr. Reginald Reynolds, commanding officer of Glen Harris. “I’m proud of our team’s commitment to countering illicit activity on the high seas and promoting security and stability across the region.” 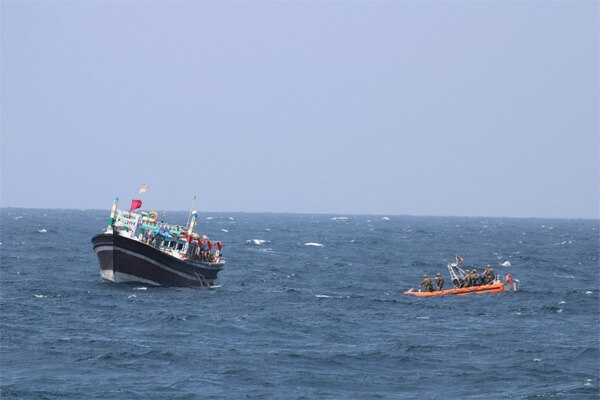 The fast response cutter arrived in the Middle East in January and operates from the U.S. Navy base in Bahrain where Combined Maritime Forces is headquartered with U.S. Naval Forces Central Command and U.S. 5th Fleet. She is assigned to support CTF 150, part of the largest multinational naval partnership in the world, which is being led by the Royal Saudi Navy. Combined Maritime Forces include 34 member nations that operate across the Middle East. CTF 150 as one of the four task forces conducts maritime security operations in the Gulf of Oman and North Arabian Sea to help ensure the free flow of commerce.

Popular candy department store from the U.S. is opening up in Toronto for the first time

There’s a massive sneaker convention coming to Toronto this month

There's a massive sneaker convention coming to Toronto this month

Havila Capella Delayed from Bergen Due to Insurance Issue