A recent development application from developer Osmington Gerofsky Development Corp calls for a major new building to rise at 350 Bloor Street East, located on the northeast corner of Bloor and Mt. Pleasant.

The project features a design by Hariri Pontarini Architects that retains the Brutalist-style exterior of the existing building and adds a complementary vertical addition above.

Though the current concrete exterior would live on as the base of the proposed tower, plans actually call for a full rebuild of the existing six-storey office building to support a new residential tower above rising 63 storeys with a total height of 209 metres.

If completed today, the building would stand as Toronto’s 19th-tallest building, wedged between the heights of the Massey Tower and Ritz-Carlton Toronto. 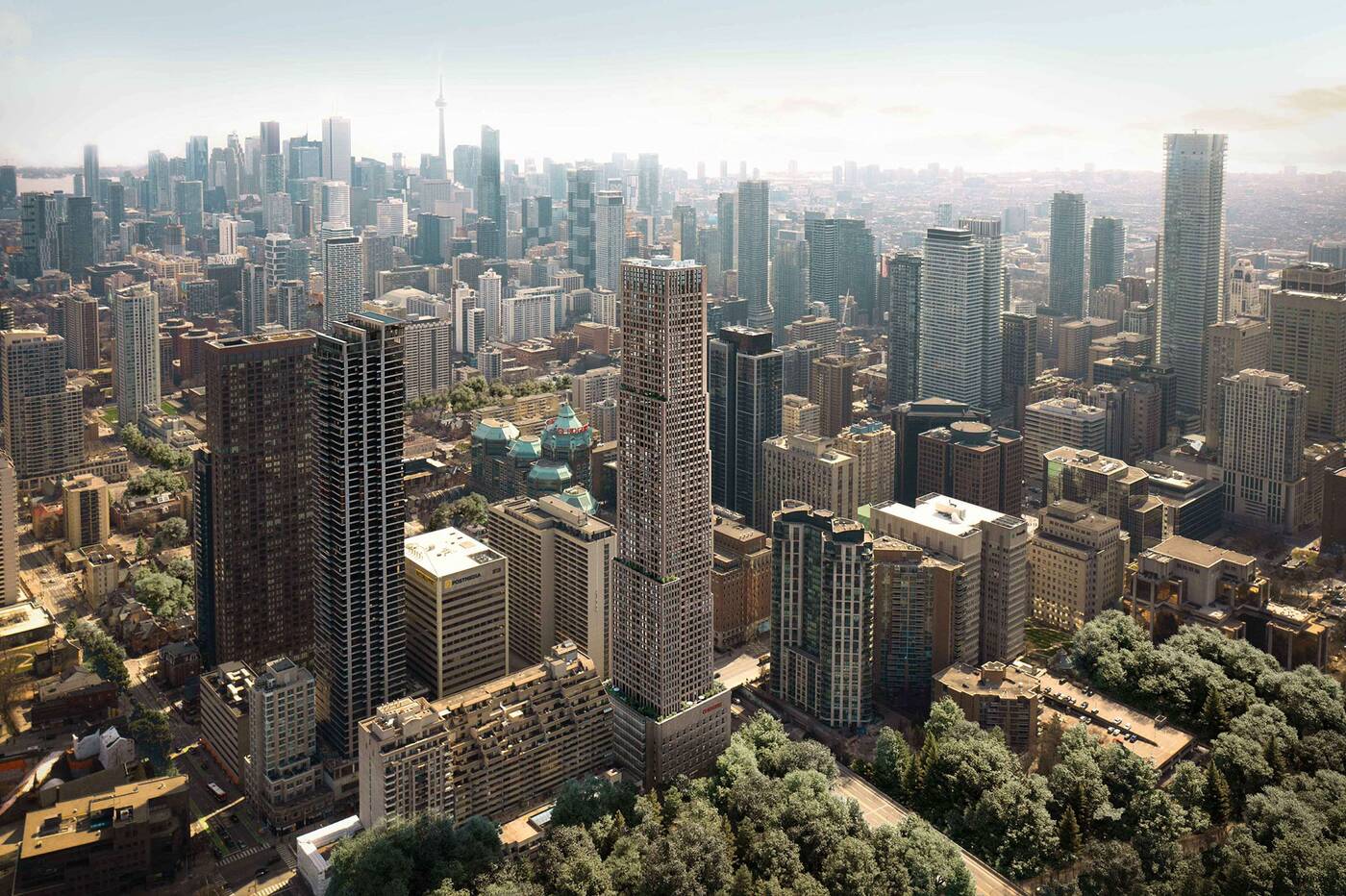 Just over 48,100 square metres of floor area is proposed across the building, with the majority (82 per cent) dedicated to residential units.

The residential component includes 675 units, planned in a breakdown of 110 studios, 380 one-bedrooms, 118 two-bedrooms, and 67 three-bedroom units, though planning documents do not specify whether these would be sold as condominium units or rented out to residential tenants.

The application joins a growing trend of projects tabled for areas well-served by transit, where the developer has proposed a minimal number of vehicular parking spaces, with just 74 spots planned in the building’s underground garage.

In place of cars, most residents would be expected to make use of the garage’s planned 713 bicycle parking spaces, or the nearby Sherbourne subway station less than one block to the east.

Carnival Cruise Line Awarded for Helping a Family in Need