Halloween costume ideas for 2022 range from quirky references about Toronto to major pop culture moments. Leave the old witch and cat costume in the closet and try to play around with specific 2022 looks.

For some of the best new costumes this year, get inspiration from pop culture moments, specific Toronto stories or popular HBO shows.

Here are some Halloween costume ideas for 2022.

A Rogers employee during the power outage

July 8 was one hectic day for so many Rogers customers as they had no service whatsoever. Not only were they not able to use their phones, watch tv or use the internet, but The Weeknd’s concert at the Rogers Centre was also ultimately cancelled due to this.

Get a red shirt and do a bit of DIY to add the Rogers logo to it, and grab some cables. You’ll look like one of the many dishevelled Rogers employees trying to fix the situation.

Unfortunately due to the Rogers outage, The Weeknd had to cancel his stadium show at the Rogers Centre which upset so many fans. Why not make this a couple costume with someone going as a dishevelled Rogers employee and a sad The Weeknd.

Throw on your best red blazer, grab some big shades, a microphone and some gloves and you’re all set. Don’t forget the major frown when you’re beside your Rogers employee counterpart!

Although he is only in one season, Joseph Quinn’s character quickly became adorned by fans, with so many having his iconic Hellfire Club tee. Photo by Netflix.

Joseph Quinn took the world by storm when he portrayed Eddie Munson in the newest season of the beloved Netflix show.

To dress like the Dungeons and Dragons-obsessed character, grab one of the famed Hellfire club shirts or DIY your own, denim vest, and stick your tongue out. Bonus points if you have dark curly hair to really complete the look.

The Pixar movie based in Toronto deals with some hefty issues that no doubt hit home to a lot of adults. Dress up as the tween character when she’s going through her awkward transformation by putting on a red beanie, round glasses, red panda tails and ears, and a Tamagotchi.

Tie in the whole costume together with your best 2000s outfit.

The world premiere of this movie was definitely a whirlwind moment in pop culture with allegations of fighting between cast members, rumours of spitting and a lot more drama.

Round up a group of friends and pick whether you want to be Olivia Wilde, Chris Pine, Harry Styles or Florence Pugh, and wear your most elegant outfits to look like these Hollywood stars. Don’t forget the sunglasses, the disposable camera and a glass of Aperol spritz!

Another iconic moment in Toronto’s pop culture history was when Doug Ford swallowed a bee during a live TV appearance. Definitely seems like something that would just happen to Ontario’s premiere.

You can either make this a couples costume or a solo costume. If you decide to go solo, dress up as a bee and hold a photo of Doug Ford, hoping that those who see the costume understand the very specific situation. 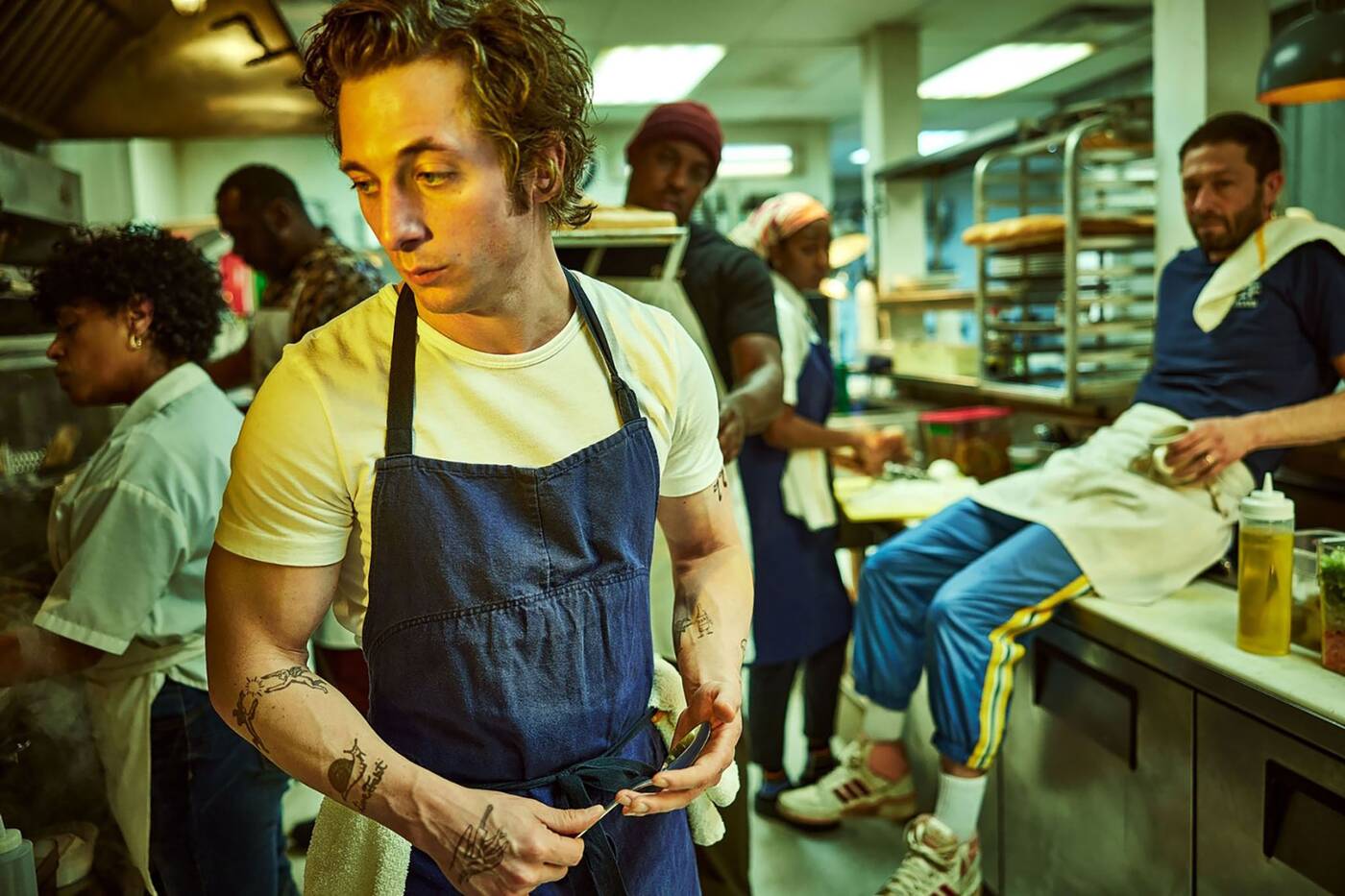 This very low effort costume will have people laughing and referencing the meme all night. Photo by Disney Plus.

Carmy Berzatto from The Bear

If you have yet to watch FX’s The Bear you must have seen the meme of Jeremy Allen White’s character all over your Twitter feed. Luckily this costume is very low effort with you only needing a white tee, black jeans, a blue apron and some black clogs. You’ll be looking like the most drooled-over boy in no time!

Beyoncé’s newest album drop was an event with fans freaking out over the new era of music. Why not mark this monumental event and recreate her album cover.

If you’re good at DIY try to make your own rhinestone dress but if not you can always find one online, put on a long blonde wig, some silver heels and a silver horse. Not all of us own horses so a toy one spray painted silver will do just fine.

Ontario’s own Ryan Gosling has been cast as Ken alongside Margot Robbie in the real-life action Barbie movie. Photos of the pair rollerskating around Venice Beach while filming the movie have been seen everywhere.

Grab your best hot pink and neon printed 80s-inspired sportswear, and some rollerskates and skate your way through your Halloween party hand in hand with your partner. Make sure to blast Barbie Girl by Aqua while doing so.

This new five-letter word game has taken the year by storm, with everyone sharing their results with one another every day. Get a bit crafty with this costume and get a white bristol board to recreate the app layout. Make your own daily word and try to have friends guess the word.

The new Top Gun movie had everyone talking this past summer, not because of the new sequel to the original film but because of the one scene where Miles Teller’s character Bradley “Rooster” Bradshaw is on the beach playing volleyball while One Republic’s I Ain’t Worried played in the background.

Recreate this iconic look by just dawning a pair of denim shorts and radiator sunglasses. This look will have everyone swooning over you just like Miles Teller. 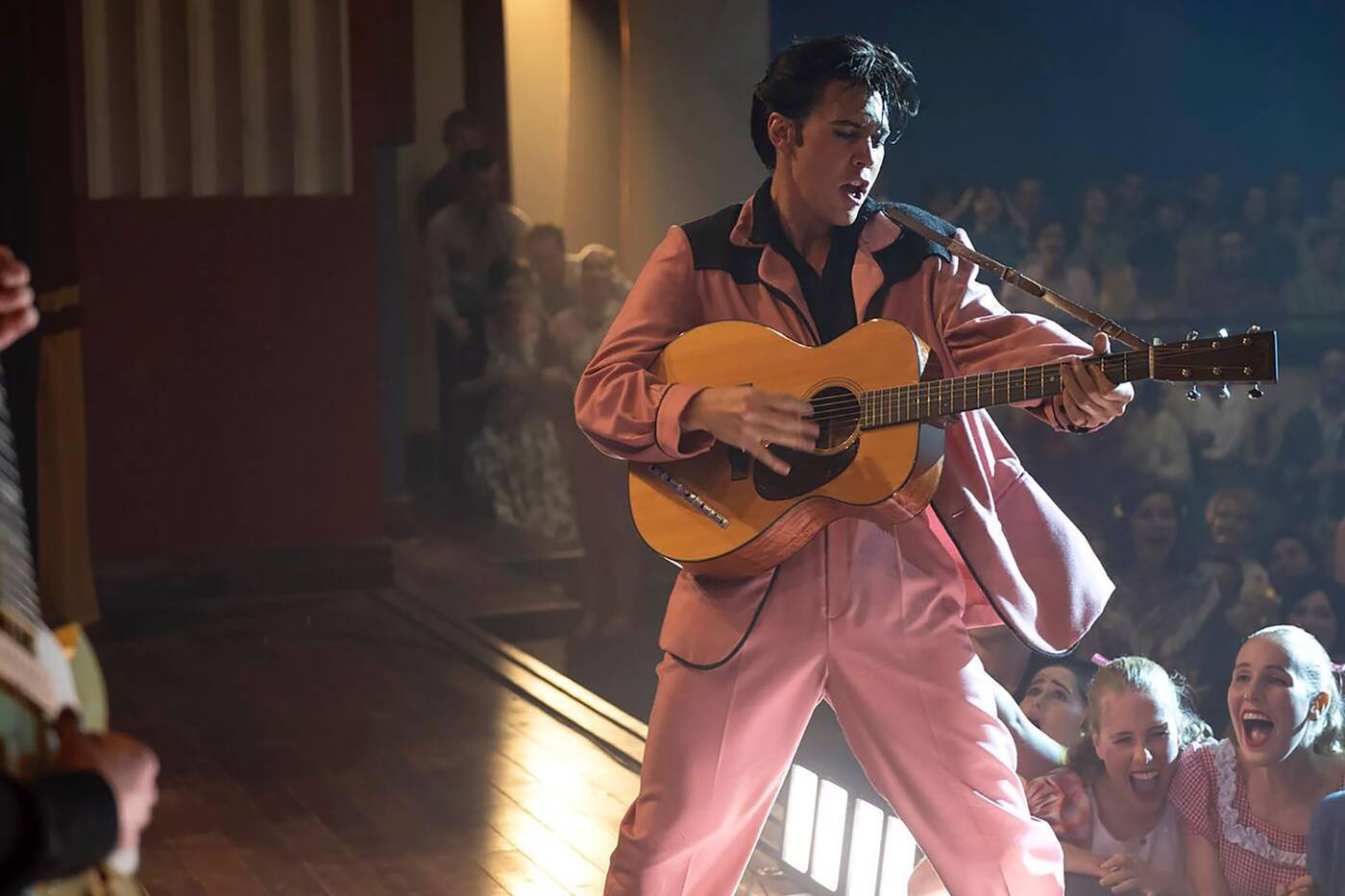 Dubbed as the “King of Rock and Roll” this movie made about Preseleys life had everyone swooning over Butler as he portrayed the rockstar and this costume will do the exact same for you. Photo by @elvismovie.

Another movie that took the world by storm this year was the Elvis movie starring Austin Butler as the famed musician. There are a few iconic looks for you to choose from including a pink suit, a white jumpsuit or his full black leather outfit. Whichever look you plan to recreate, make sure to bring a guitar and microphone with you too.

When Queen Elizabeth II sadly passed away earlier this year, it affected the entire world. She was the longest-reigning monarch in British history and was well-loved by so many.

Find a colour-matching two-piece outfit, throw on a crown and grab some corgis while you’re at it. The Queen was known for her love of the tiny dogs.

The latest season of the hit Netflix series had us all on our toes as we were all wondering if Kate and Anthony would end up together. Not only was there great drama but this season brought some of the best costumes yet.

Dawn your best 17th-century dress, a tiara and white gloves so you can look and feel as elegant as Kate Sharma. If that’s not enough for you, check out The Queen’s Ball: A Bridgerton Experience to be transported to 1813 Regency London and to be named the diamond of the season.

When you think of Toronto, immediately you think of the iconic building that once used to be the tallest in the world. This costume will require a bit of some craftiness and DIY but nothing some cardboard boxes, paint and a glue gun can’t handle.

This costume idea can become also become a couple’s costume if you pair it up with someone dressed as the CN Tower. Sandler has been spotted around Toronto this past summer while filming his newest movie. Luckily this costume is very low effort you probably have items in your closet.

Put on your baggiest pair of basketball shorts, a baggy polo or tee shirt, and some shades and you’ve magically been transformed into Adam Sandler. 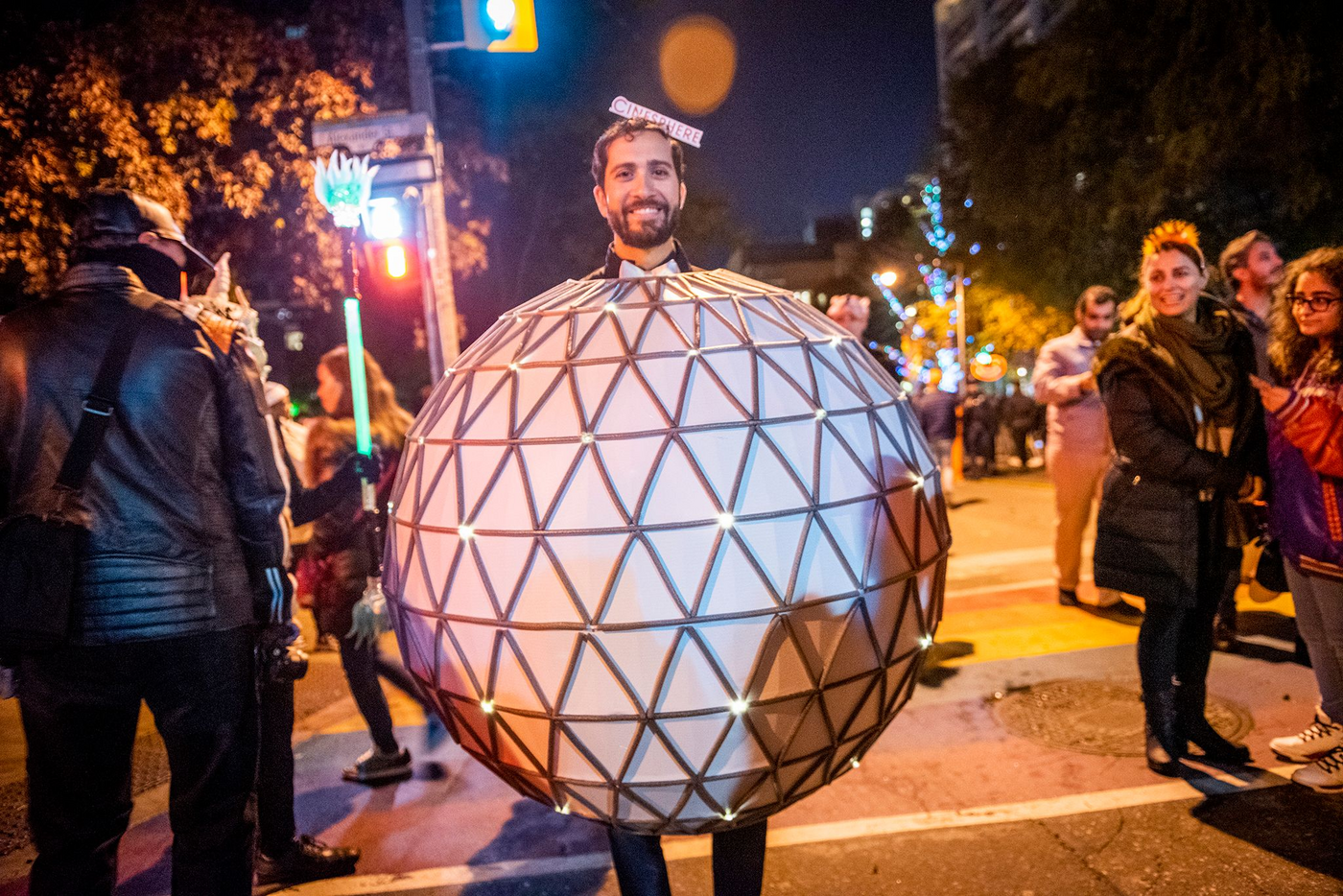 The lakefront theatre is an iconic building but this costume is not for those who don’t have a craftiness bone in their body. Photo by Hector Vasquez.

Another iconic building in Toronto is the beloved lakefront theatre. Although it’s about to close for renovation, the theatre is still iconic, especially with its exterior. This will definitely need some DIY skills and imagination. If you’re up for the challenge, try to add some lights to the costume so you can look like the theatre when it’s lit up at night.

The Canadian rockstar has made her comeback, releasing a new album and touring with Machine Gun Kelly. Choose which era of Lavigne’s you like the most, whether it be the Sk8er Boi Era or her current Love Sux look, these outfits are simple to recreate.

If you have a friend going as Drake, then you can recreate the epic moment when they hung out in Toronto earlier this year.

Not only is the hit HBO show full of drama, but it’s also full of colourful and unique outfits that make for a great Halloween costume.  Recreate your favourite characters’ Y2K-inspired look with a modern twist, and don’t forget to add sparkles and jewels to your makeup to finish the look.

Amanda Seyfriend played the disgraced CEO of Theranos in the new Star original series The Dropout. She always wanted to be Steve Jobs and thus has inspired the way she also dresses. Put on your favourite black turtle neck, a black suit, red lipstick and throw your hair in a messy bun and you’ve got Holmes’ look down to a tee.

After 930 Days, Celebrity Cruises Returns Down Under