Royal Caribbean’s new $125 million cruise terminal in Galveston, Texas, has officially opened, ready for the largest ever cruise ship to homeport in the state, Allure of the Seas.

The Port of Galveston held a ribbon-cutting ceremony that celebrated the terminal opening and arrival of one of the world’s largest cruise ships. The terminal will help Royal Caribbean accommodate up to 630,000 passengers per year.

Royal Caribbean has now debuted its new $125 million cruise terminal in Texas, celebrating the occasion with a ribbon-cutting ceremony held at the Port of Galveston on November 9, 2022.

The line’s new state-of-the-art cruise terminal in Galveston has now opened public operations and will host its largest cruise ship, 225,282 gross ton Allure of the Seas.

The President and CEO of Royal Caribbean International, Michael Bayley stated, “We are thrilled to take family vacations to a whole new level in Texas. Our new, 161,334-square-foot terminal opens up a world of vacation possibilities for families in the Southwest.”

“Now our unmatched Oasis Class ships, known as the best family vacations in the industry, can set sail from Galveston. Allure of the Seas is just the beginning, and we thank the Port of Galveston, Ceres and all the teams involved for making this bold vision a reality,” Bayley added.

In celebration of the line’s achievement, Royal Caribbean executives, government and port officials, and partners were present to commemorate the occasion, including special guests such as U.S. Representative Randy Weber, Federal Commissioner Louis Sola, and Mayor Craig Brown.

Royal Caribbean International President and CEO Michael Bayley and Port Director Rodger Rees also made an appearance at the special event, as the city of Galveston marked the day with recognition of the line’s commitment to the city and the successful partnership that began over 20 years ago when Royal Caribbean first embarked from Galveston.

Now the home to the home to the state’s first Oasis Class Ship, Allure of the Seas, the new zero-energy terminal will expect to welcome as many as 630,000 vacationers per year.

The Port Director for Port of Galveston, Rodger Rees said, “This new cruise terminal is a game-changer for the port and the region. This $125 million investment, in collaboration with Royal Caribbean, the port and Ceres, is expected to bring 800 new jobs, $1.4 billion in local business services revenue, $5.6 million in state and local taxes, and incredible business development opportunities. And, of course, Allure of the Seas means more cruising adventures for our Texas cruise guests.”

The cruise line’s Galveston terminal will be the first LEED-certified, zero-energy facility in the world, and it will receive 100% of the energy it needs through onsite solar panels, aligning with the parent company, Royal Caribbean Group’s wholistic environmental goals such as its decarbonization strategy, Destination Net Zero.

A one-of-a-kind art sculpture named the Galveston Beach Trio, created by Texas-based artists Brad Oldham and Christy Coltrin of Brad Oldham Sculpture, will be displayed in the terminal featuring inspiration of Galveston’s rich musical heritage that includes the likes of Galveston-native and Grammy Award-winning singer and songwriter Barry White.

Allure of the Sea’s New Homeport

This past Tuesday, November 8, the 1,187-foot ship arrived in Galveston, making it the largest-ever cruise ship to dock in Texas to date as it brought along its 2,200 international crew members onboard.

On Sunday, November 13, 2022, the 18-deck ship will be sailing its first voyage out of its new homeport for a round-trip, seven-day Western Caribbean itinerary that will visit Costa Maya and Cozumel, Mexico.

For the winter 2022-2023 season, Allure of the Seas will continue to sail seven-night Western Caribbean itineraries out of Galveston, Texas bringing its one-of-a-kind AquaTheater entertainment venue with high divers, acrobats, and aerialists to the second-largest U.S. state by both area and population.

The 6,780-passenger ship has features such as a nine-story-high zip line, two FlowRider surf simulators, rock climbing, a boardwalk carousel, and ice skating onboard. 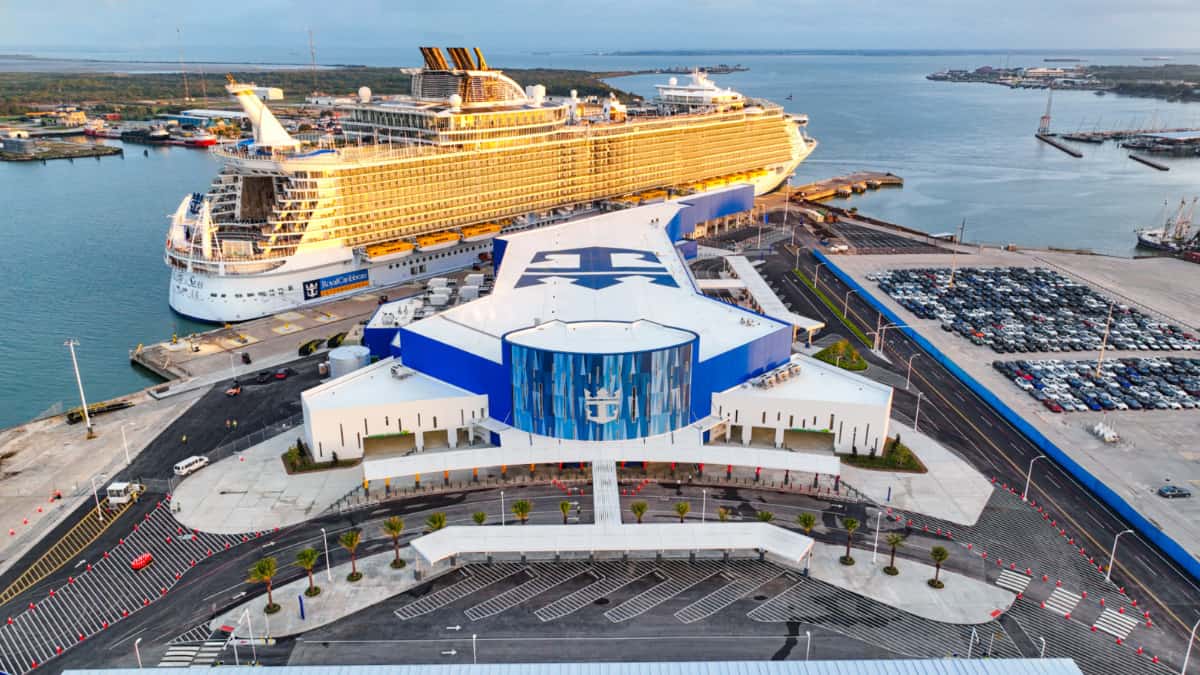 Greece Disappointed Iran has not Released Tankers and Crews

To Rebuild a Degraded Reef, Play the Sounds of a Healthy One

Congress Prevents Railroad Strike that Would Disrupt Ports and Freight