Following a cruise to New Zealand, Majestic Princess returned to Sydney, Australia, with hundreds of positive COVID cases onboard. About halfway through the 12-day cruise, Princess reported an elevated amount of positive test results, resulting in 800 guests infected by the end of the voyage and the ship being placed under the highest alert.

Carnival Australia stated that the cruise line found a high number of cases during mass-testing done throughout the vessel. Those guests who have tested negative have been allowed to depart, while positive cases have been separated and taken off the ship through a different route.

Although cruise ships have been sailing for almost two years since the global pause in operations, COVID will still pose an issue. Majestic Princess, which only started her Australian cruise season a few weeks ago, returned from a New Zealand cruise with 20% of the passengers testing positive.

Majestic Princess departed from Sydney, Australia, on October 31 and returned to the city today, November 12. According to Carnival Australia, the vessel started noticing an increase in positive cases around the midpoint of the cruise.

President of Carnival Australia, Marguerite Fitzgerald: “This is a 12-day voyage, and we started to see elevated cases about halfway through. Reflective of the increase in community transmissions, we, too, have seen more guests test positive for COVID-19 on the current voyage of Majestic Princess. This is a result of mass testing of our 3,300 guests.”

Carnival Australia is making arrangements for positive guests to travel onward safely and responsibly: “We understand this current wave of COVID-19 is concerning to many in the community, and we take our responsibility in keeping everyone safe very seriously. All guests disembarking have undertaken a rapid antigen test in the past 24 hours, which will determine how they will disembark the ship,” Fitzgerald continued.

While it would be easy to blame Princess Cruises for the outbreak, according to several reports, the cruise line followed all procedures to limit the number of cases onboard. However, one passenger said to ABC News in Australia that passengers did not follow the protocols:

“It was scary because we heard about it, but we tested negative, and the Princess Majestic crew were really good with the protocols. We wore masks for the last seven days, and we were very careful when we went ashore so some people don’t just listen. Obviously, they didn’t follow the rules, and that was the problem; people just don’t take COVID seriously.”

Australian authorities have said there is no need to place additional protocols on Majestic Princess or other cruise ships sailing in the area. This is in line with the procedures that are in place in Australia, which has largely removed all restrictions on travel.

The Royal-class Majestic Princess has already sailed from Sydney on a new voyage. The 144,216 gross-ton cruise ship will visit  Melbourne, Australia; Hobart and Port Arthur on Tasmania; and Eden, Australia. She is scheduled to return to Sydney on November 20. 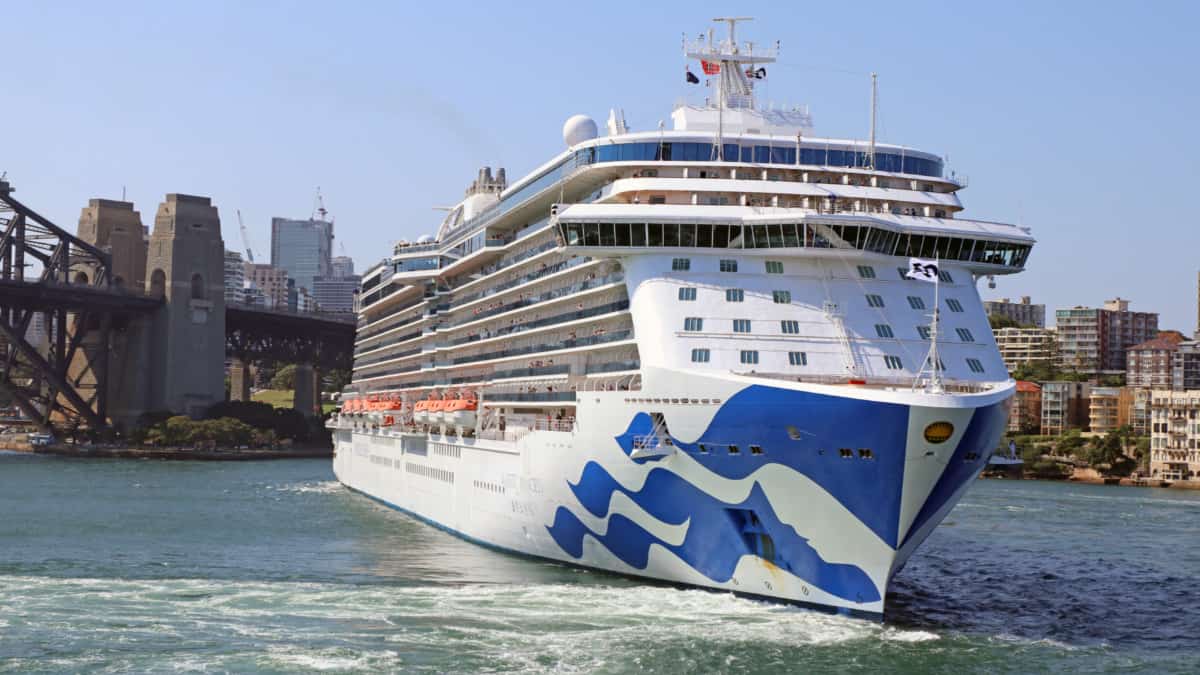 Andaz is saying goodbye to the guest-favorite free minibar