by admin
in Destination

The man reported missing from Carnival Cruise Line’s Carnival Valor on Thanksgiving Day has been found and rescued alive. The guest was responsive at the time of his rescue, but details of his condition are not known.

The white male passenger, who was reported missing by his sister on Thursday, was not rescued by the cruise ship, but was spotted in the water by another vessel that has not been identified.

As search and rescue operations were underway, all marine traffic in the region where the guest was reported missing had been alerted to keep a lookout for a possible man overboard.

When the man was spotted, the United States Coast Guard (USCG) was immediately alerted, and an MH-60 Jayhawk helicopter was dispatched and able to hoist the man into the aircraft. He was taken to New Orleans Lakefront Airport, five miles northeast of downtown New Orleans, where he was met by emergency medical personnel.

While the man was described as “responsive” at the time of his rescue, further details of his condition have not been released. The warm water and calm conditions in the area where he was located would have helped his survival.

Carnival Valor had earlier retraced its route to support the search and rescue operation, but was later released from that duty by the USCG and resumed its course toward Cozumel, Mexico.

Onboard the cruise ship, Carnival’s Care Team is supporting the man’s family members. The man’s name, and the names of his family members, have not been released in order to protect their privacy, but it is known that he was traveling with his sister, who initially reported him missing.

The man and his sister had been enjoying one of the bars aboard the Conquest-class ship when, at about 11 p.m. on Wednesday, he left to find a restroom and never returned.

His sister reported him missing the next day at approximately noon, at which time the cruise ship began emergency measures to locate the guest, including using the public address system to ask him to report to Guest Services and engaging staff members to search onboard.

Guests onboard the cruise ship reported that the vessel, which had been enjoying a day at sea on Thursday, turned back on its course at roughly 2 p.m. to begin search and rescue with the USCG.

Multiple USCG land and sea assets from Sector New Orleans were mobilized for the effort. In an average year, that sector of the USCG participates in over 400 search and rescue cases.

Carnival Valor is currently sailing a 5-night Western Caribbean sailing from New Orleans, having departed its homeport on Wednesday, November 23.

Thursday was a day at sea and the ship will visit Cozumel on Friday, Progreso on Saturday, and enjoy another day at sea on Sunday before returning to New Orleans on Sunday, November 28.

Because of the search and rescue operation, the ship will be slightly delayed for its Friday visit in Cozumel.

The original itinerary indicated the ship would be in port from 8 a.m. to 4 p.m., but tracking data indicates the ship is still en route and moving at its maximum speed, 22 knots (25 miles per hour / 40 kilometers per hour) to arrive as soon as possible.

The estimated time of arrival is now approximately noon. It is unknown whether or not the ship will extend its visit later in the day to make up for the lost time in port.

Carnival Valor is a 110,000-gross-ton ship, with a guest capacity of 2,980 passengers at double occupancy, and up to 3,756 guests when fully booked with all berths filled. New Orleans is the ship’s year-round homeport, from which it offers 4-5 night Western Caribbean itineraries visiting different ports in Mexico. 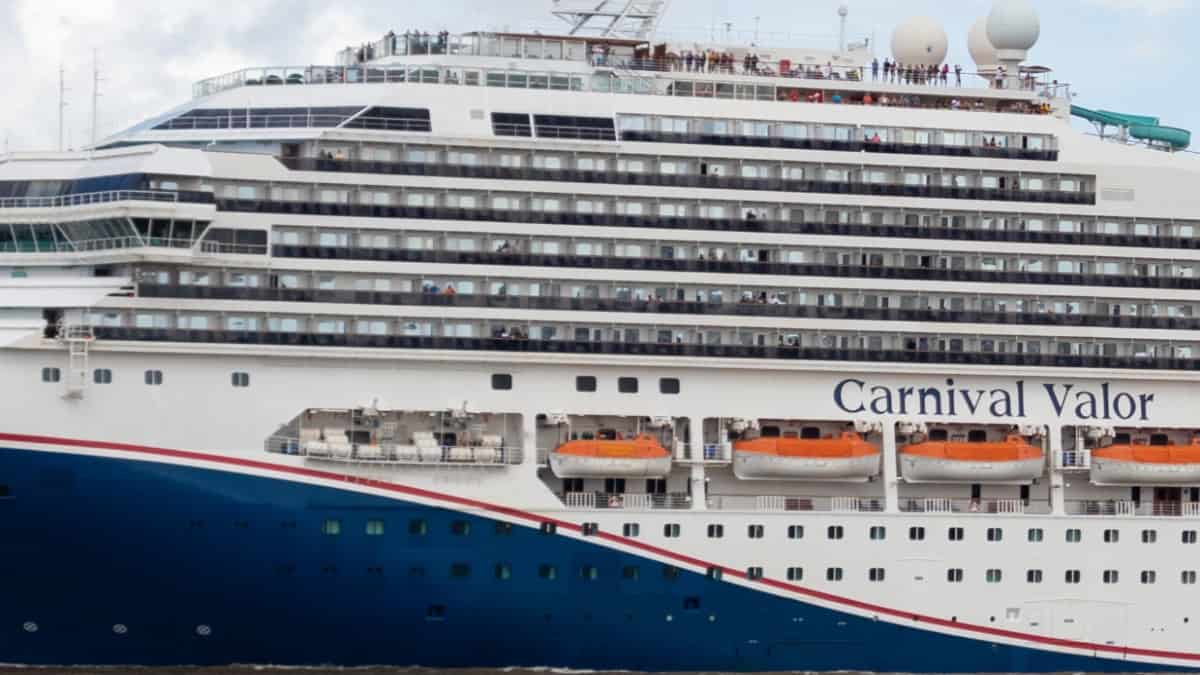