Disney Cruise Line offers a unique and exciting “Marvel Day at Sea” aboard Disney Dream, giving guests an exclusive chance to meet and interact with their favorite heroes and villains.

Now, the special guest lineup has been expanded with characters from “Black Panther: Wakanda Forever,” with their visits debuting in January 2023.

Two new characters will join the fun during “Marvel Day at Sea” – the new Black Panther will appear in “Heroes Unite” while Okoye, the fearsome general of the Dora Milaje, will appear in “Warriors of Wakanda.”

“Heroes Unite” is the signature nighttime spectacular for these special theme days, with high energy stunts, dazzling special effects, and heart-thumping pyrotechnics punctuating the immersive show with a time-warping epic battle throughout the multiverse.

“Warriors of Wakanda” is a brand-new, interactive show in the ship’s atrium, featuring recruits – and eager cruisers – training to become warrior allies to protect Wakanda. This will bring the whole family right into the action, building memories with unforgettable interaction with their favorite characters.

The new characters will also appear at other times throughout the cruise and different special events, including dance parties, costume contests, deck parties, photo ops, and much more.

“Marvel Day at Sea” cruises feature a single day fully themed around the Marvel universe, with all-day entertainment, character encounters, shows, film and television screenings, themed menu items and specialty drinks, and a range of unique activities for all ages.

In total, more than 30 amazing characters from the Marvel films, comics, and animated series will take over the ship, and even Captain Mickey Mouse and Captain Minnie Mouse will get into the action with their other Disney friends to honor their favorite heroes.

In addition to Black Panther and Dora Milaje, other heroes and villains onboard will include Spider-Man, Iron Man, Thor, Hawkeye, Captain America, Loki, Black Widow, the Wasp, and many more.

When to Meet the Warriors

This will be the first time these iconic characters will appear together for “Marvel Day at Sea” which is held exclusively aboard Disney Dream, with nine Western Caribbean sailings and two unique itineraries hosting this thrilling theme.

Sailings departing January 16 and 30 and February 13 and 27 will set sail for Cozumel, Mexico, and will also include a day at Castaway Cay and two days at sea.

All cruises featuring “Marvel Day at Sea” are 5-night sailings, roundtrip from Miami, Florida, and are exclusive to Disney Dream.

The Dream-class vessel weighs in at 129,690 gross tons, with 18 passenger decks and the ability to welcome 2,500 guests at double occupancy. When fully booked, as many as 4,000 Disney and Marvel fans can set sail.

In addition to “Marvel Day at Sea” events, guests onboard will also be able to enjoy all the ship’s features and amenities, including other live shows and favorite Disney character encounters, the exciting Aquaduck water coaster, various pools for all ages, diverse dining options, enchanted makeovers at the Bibbidi Bobbidi Boutique, and so much more.

Along the way, more than 1,400 Disney cast members and crew will be the real-life heroes to ensure magical service for every voyage. 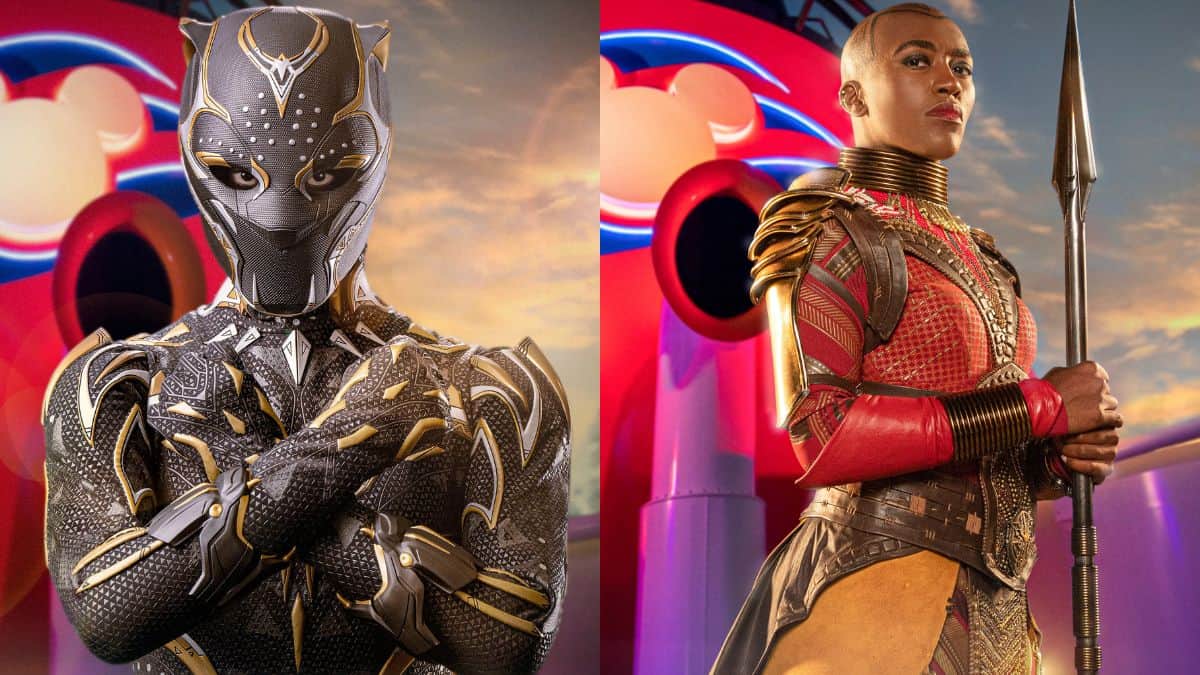 Are dogs allowed on cruise ships? These are the cruises that allow pets

Are dogs allowed on cruise ships? These are the cruises that allow pets

Icon of the Seas to Sail in the Caribbean in 2023

Best transatlantic cruises for 2023, plus tips and what to expect