Winter in Toronto though cold can be quite beautiful with the big snowfalls that make for the perfect playground for a ton of activities.

Fortunately for us Canadians, we’ve adapted ways to have fun in the frigid temperatures during the sun-deprived winter. From skating to taking a winter hike, there are a ton of ways to have fun outdoors this winter all while saving on some cash.

Here are some ways you can have fun for free outdoors in Toronto this winter.

Toboggan down the new hill at Centennial Park

Grab your favourite sled and hit the new tobogganing area at the Etobicoke bound park. The park now has two designated hills for you to run up and then slide down the slippery slope. You can also hit up one of the 29 other city parks that have designated tobogganing hills as well.

Lace up your skates because outdoor skating rinks across the city are finally open for the winter season. Glide through the trees and try to spot some wildlife as you circle through the figure-eight trail along the Lakeshore area.

The skating trail at Colonel Samuel Smith Park is one of the city’s best. Photo by Michael Monastyrskyj.

When the city gets a big fall of snow, strap on a pair of snowshoes and hit the many trails that take you through the 399-acre park. The trails aren’t too difficult so the park is perfect for beginners.

Winter hike through the Don Valley

Hikes aren’t just for the warmer seasons so bundle up and throw on your hiking boots and explore the Don Valley Park that runs alongside the river. There are several different kinds of trails for you to explore but I recommend following the trail through Chorley Park to get your steps in for the day.

Cross-country ski at the Islands

Luckily you don’t have to hit the slopes to cross-country ski so it’s the perfect low-impact activity for every. There are a ton of trails around the city to explore but catch a ride on the ferry to the Toronto Islands where you’ll have unmatched views of the city skyline.

Head out to the Spit which is the perfect place to go bird watching year round but the winter is the only time you’ll be able to catch a glimpse of the Leslie Spit’s snowy owls. 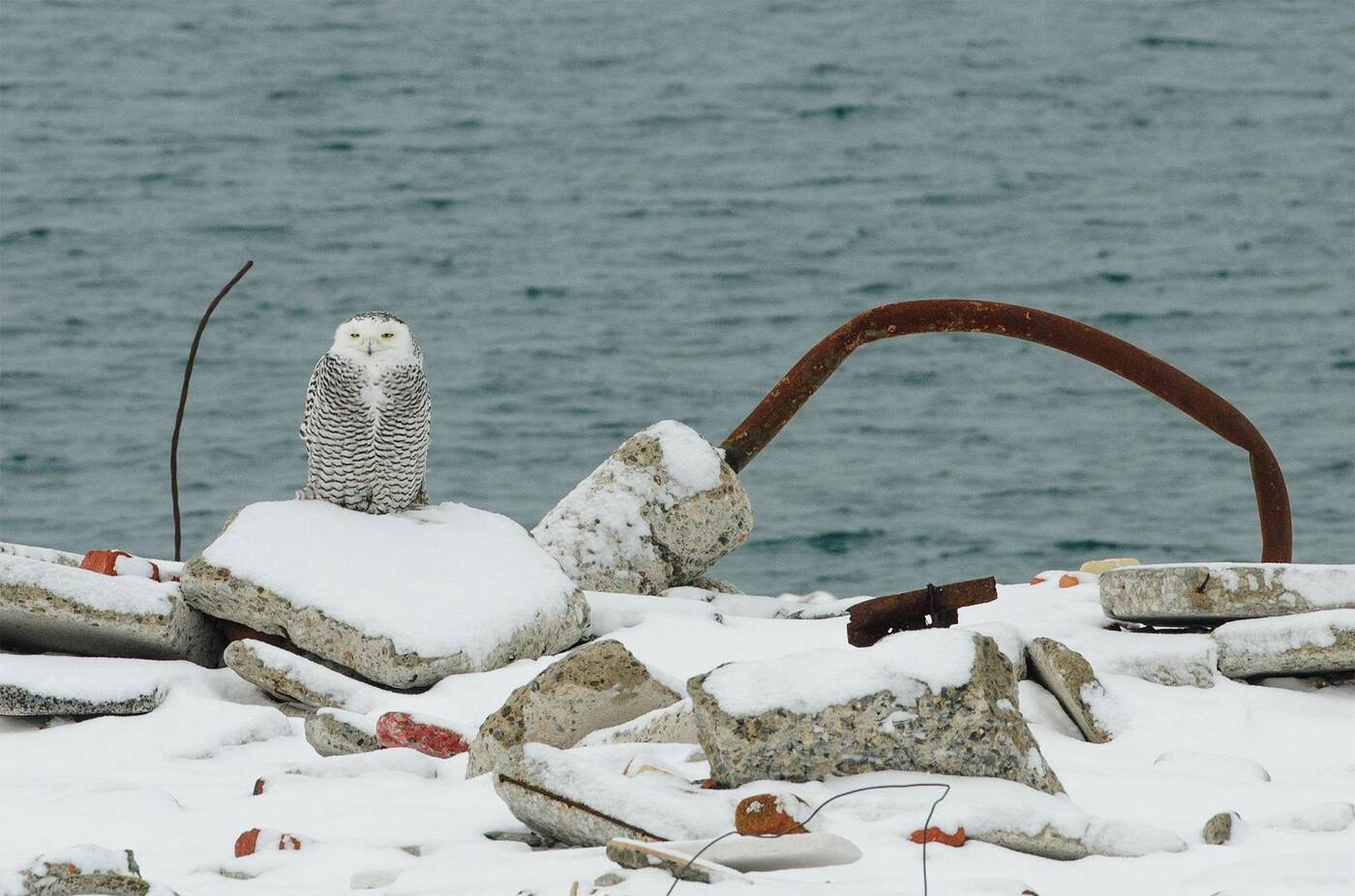 Leslie Spit is a nature wonderland where snowy owls can often be spotted in the winter. Make sure to keep your distance. Photo by Evidence.

If you’ve never played disc golf, all you need is a frisbee and to head out to one of the parks in the city that have a course. Some will remain open all winter. The rules are just like regular golf but instead, you’ll be throwing a frisbee into a metal basket mounted in the ground.

Get your steps and check out some of the city’s massive trails that will lead you through forests, wetlands, boardwalks, sandbanks, and slopes to get to one of the various ravines. You’ll also be able to spot some wildlife along the way but be cautious when walking close to the water as it could be slippery and the end could be covered in snow.

Head out to Cabbagetown where you’ll find the 7.5-acre farm filled with a ton of animals you can visit year-round including cows, pigs, sheep, goats and chickens. The farm has wooded areas and ponds that connect to the city’s ravine system that you could also explore.

Warm up at a fire pit

Escape the frigid temperatures and book one of the 24 firepits throughout the city where you can warm up and be cozy by a bonfire. Step up your game and bring some marshmallows to roast and make some smores too.

Delta does it again, adds used planes to its fleet without retrofits