The top 25 new restaurants in Toronto by neighbourhood

New restaurants in Toronto have joined a growing roster of food purveyors that have given this city a delicious personality. It’s an exciting time to be a food lover in Toronto. Between the incredible local businesses that have been keeping us well-fed to Michelin-recognized restaurants, there’s been a crop of new players who have injected flavour and personality into the city’s growing food scene.

These restaurants range from casual Tibetan to upscale Indian and Caribbean; we’re even lucky enough to find jollof rice on both ends of the city. There’s something for every palate, interest, and budget.

Here are some new restaurants to check out in neighbourhoods across Toronto.

Specializing in thin-crust New York-style pizza, Otherside Pizza sells cheeky pies like The Kevin, a nod to the Home Alone classic that dresses a mozzarella cheese pizza with spices and garlic oil, and The Nora, a Korean-inspired number that’s topped with bulgogi and kimchi aioli.

Slowsouth Pizza is a Dundas St. W. pizza joint that uses 72-hour fermented dough to make both American (think veggie lover or pepperoni) and traditional Italian-style (Margherita, toppings including rapini) pies that are baked in a wood-fired oven and ready in about 90 seconds.

From classics including French onion soup, steak tartare and escargot to shrimp francaise, pizza, pasta, steak and seafood, L’Avenue is an elegant and quaint dining room on Parliament that caters to all. But do leave room for the orange Grand Marnier soufflé, a proud specimen that’s not commonly found – nor done well – in the city.

Serving Portuguese cuisine in an expansive new multi-concept space on Caledonia Road, Mercado Restaurant is a takeaway hot table, a pantry shop, plus a restaurant with a covered patio for 100 that offers a host of meat and seafood dishes plus grazing boards.

Bitter Melon is a contemporary Asian restaurant on Spadina that specializes in unconventional share plates which are rooted in Asian flavours but accented with an international flare. Expect inspired cocktails that also tap into the Asian pantry.

As the first restaurant in Toronto to specialize in Jiro-style ramen, the bowls offered at Ramen Buta Nibo feature chewy noodles that’s capped with garlic paste and other toppings and bathed in pork (buta) or fish (niboshi) broth. Note: this is from the same owners behind Ryus Noodle Bar.

This cheap and cheerful family-owned Mimico space serves traditional Tibetan food including homemade momos that are steamed, pan-fried, or fried. But the draw to Mr. Momo is for the specialty versions include numbers that are coated with butter chicken, Manchurian, or Afghani Malai sauce.

Parquet is a smart and sophisticated French bistro on Harbord that is more classy and approachable than it is stuffy. The modern French fare served is distinctly Torontonian in sensibilities which are matched by well-balanced cocktails plus delightful low-intervention wines.

Bawara specializes in Indian classics including items from the tandoor, but also Hakka cuisine. Expect generous portions for reasonable prices, food that’s 100 per cent halal, with plenty of vegan and gluten-free options.

Spaccio West is the west-end offshoot of the original commissary kitchen on Sackville St. from the Terroni Group. The multi-concept space is also outfitted with a café, mercato, and restaurant with a ground floor patio on Sterling Road. 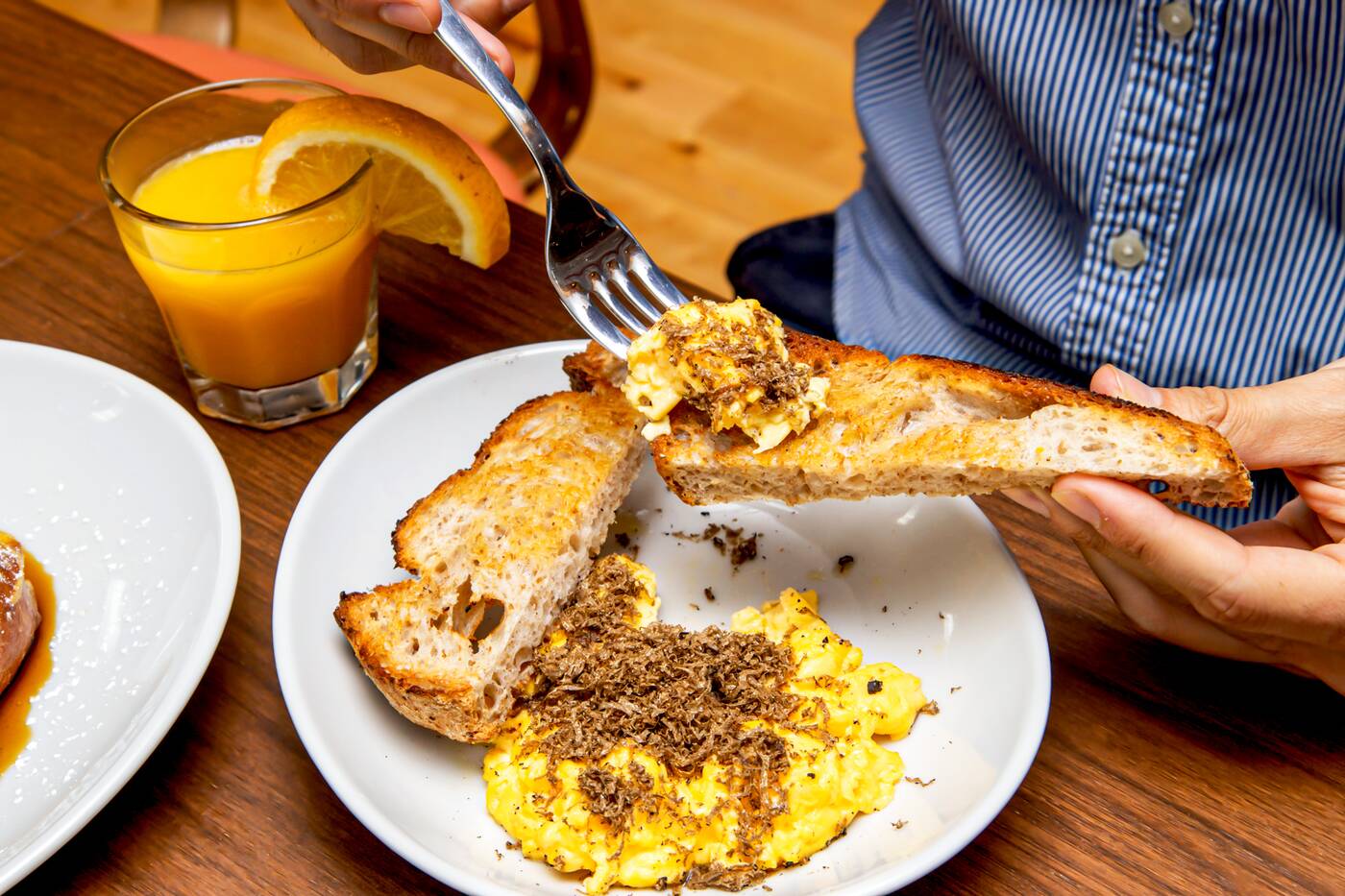 Birthed from the explosive pop-up from the crew behind MIMI Chinese, Sunnys Chinese‘s energetic dining room serves dishes that are an ode to casual regional Chinese cuisine, specifically those from Sichuan, Shaanxi, Guangdong, and Hong Kong.

For upscale Caribbean-inspired cuisine that incorporates global flavours in bold and finessed share-friendly dishes plus a 100-plus deep list of rums and crafted cocktails that nod to the Islands, head to Miss Likklemore’s swanky space just past Spadina on King.

Classic American fare straddling everything from burgers to chopped salad and mozzarella sticks is what’s available at Danny’s Pizza Tavern on College St. The star, however, is the tavern pie, a signature pizza style from the Midwest that has a thin crust and is cut into squares.

Using fresh, high-quality ingredients, J San Sushi and Market‘s new outpost on Steeles Ave. lets customers customize their own sashimi boxes and donburis. The market addition is stocked with fresh seafood for those wishing to create their own sushi experience from scratch. 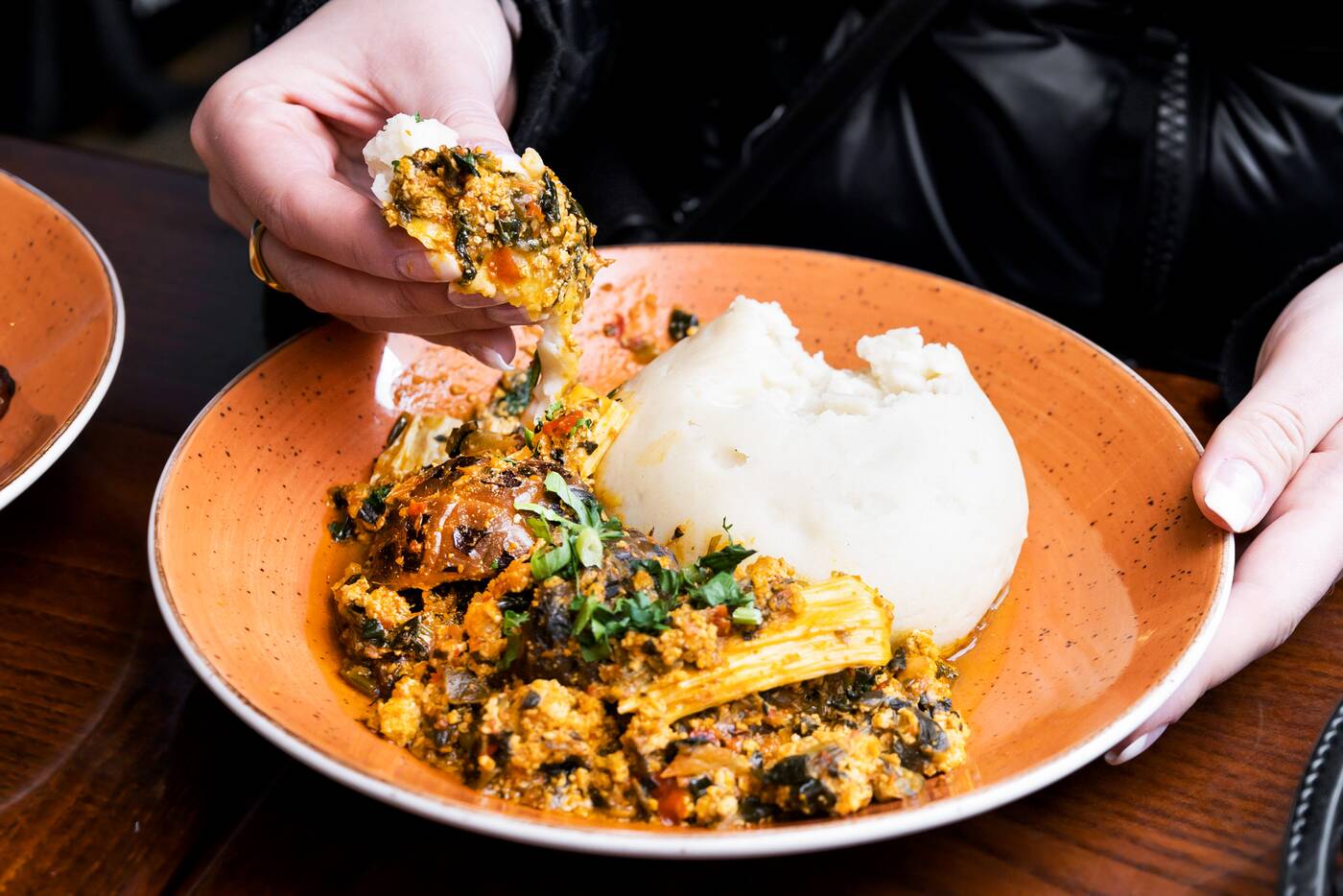 Step into this bohemian-themed oasis to try its coastal cuisine like tuna tostada and a seafood tower in a laid-back environment. There are two different cocktail menus at Soluna that can be sipped indoors or out on their sprawling rooftop patio overlooking Queen West.

Head to Queen St E.’s Caribbean grocer and takeout spot, Blessed Love, for prepared meals from jerk chicken stuffed sandwiches with coleslaw to callaloo plus ackee and saltfish. Stock up on hard-to-find Caribbean spices, ingredients and drinks while grabbing a patty to go.

As a cocktail-focused neighbourhood local, Golden Peacock serves an array of crafted cocktails that are supported by a selection of snacks like toasted fava beans, a Whopper-inspired burger to a banana split dog. This small and cozy walk-in only snack bar is by the Donna’s team.

Serving street foods such as suya chicken and gizdodo (plantains in gizzard sauce), Kingston Rd.’s Blessinglicious specializes in traditional Nigerian food. Although it features dishes from five of the country’s states, there are plans to eventually have all 36 states represented on its menu.

Opened by internationally recognized chef and personality Matty Matheson, Prime Seafood Palace is a steakhouse with veteran chef Coulson Armstrong churning out expertly prepared beef, thoughtful sides, and embellishments like a tin of Kristal caviar and its accoutrements.

Billing itself as the only restaurant in the country that offers true Bahamian flavours, Old Nassau‘s breezy room is the place to go for fresh conch salad, cracked conch, snapper dinner and guava duff. But do get the golden potato bread which uses grandma’s recipe.

Taking over this iconic 51st-floor space on top of Bay and Bloor’s Manulife building, AP is named after chef-partner Antonio Park. Here, you’ll be able to enjoy a deep menu of sakes and signature cocktails with premium sushi and sashimi courses surrounded by unobstructed views of the city. 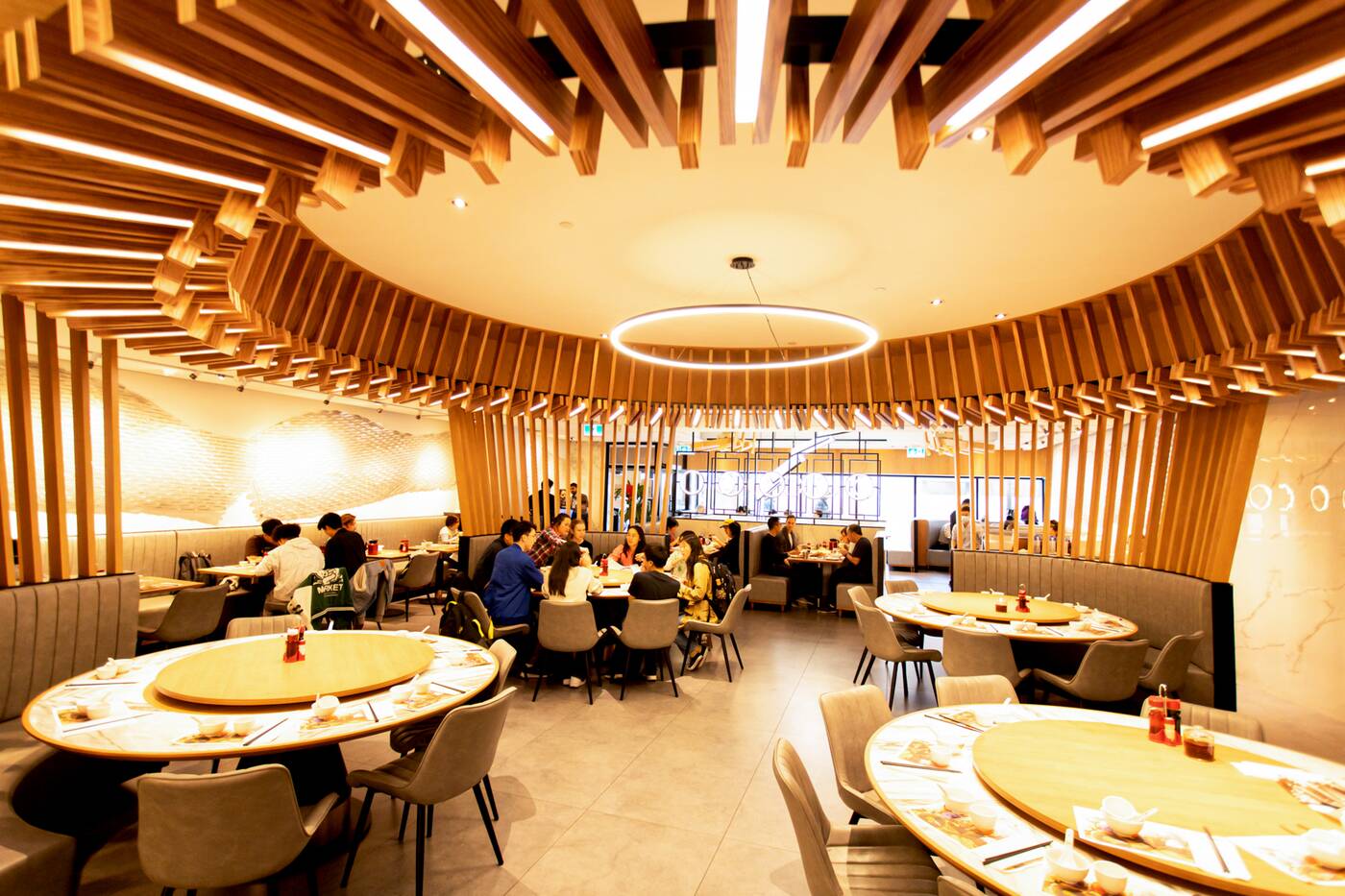 Congee Queen Downtown’s sprawling room caters easily to two-tops and groups of up to eight. Photo by Fareen Karim.

For elevated Indian cuisine, check into Avenue Rd.’s Adrak, a gem for contemporary takes on classics like butter chicken, plus naan and halal-certified meats cooked in their clay tandoor oven. Try the finessed dishes while enjoying cocktails inspired by the country’s rich history or ones that use spices that are unique to a certain province or region.

Emissions Can Be Cut by 97.5% By Switching to Foiling Electric Vessels

Emissions Can Be Cut by 97.5% By Switching to Foiling Electric Vessels

Will they be Rolled out Fleet-Wide? · Prof. Cruise