Chile launched its new icebreaker the Almirante Viel built for scientific research on December 22. The ship is being hailed as the largest ship ever built in Chile, and possibly South America, as well as the first of its kind in South America. Built by the state-run shipyard ASMAR (Astilleros y Maestranzas de la Armada), navy and shipyard officials called it the “most ambitious project” in the 62-year history of ASMAR.

The contract for the design of the icebreaker was awarded in January 2016 to Vard Marine. The mandate was to develop a vessel capable of missions including logistic support, search and rescue, scientific research, and resupplying bases in the Chilean Antarctic Territory. The vessel is designed to carry a wide range of containerized and vehicle cargo, helicopters and rescue boats for logistics and SAR missions, as well as the ability to undertake a broad range of scientific data-gathering activities.

The new icebreaker measures approximately 364 feet in length and displaces 10,500 tons. Construction of the vessel reportedly began in May 2017. She will be able to sail through one-year ice measuring up to one meter in thickness at speeds up to 2 knots. The design is for a Polar Class 5 icebreaker.

The launching ceremony took place on the evening of December 22 at the shipyard in Talcahuano in central Chile. The shipyard was started in 1960 to support the country’s navy.

According to local media reports they are targeting completing the outfitting of the vessel by July 2023 and will commence port trials in December 2023. It is due to be commissioned in August 2024.

When it is fully outfitted it will be equipped with a multi-beam echo sounder with high and medium-depth omnidirectional search sonar, oceanographic winds and microbiology, macrobiology, and chemistry laboratories. It will also have the capacity to operate with two medium-sized helicopters and two recovery and rescue boats.

The new ship will have accommodations for 35 scientists and 86 crew. It will also have the capacity to transport 19 20-foot containers, 400 cubic meters of fuel, pallet loading, and equipped with a self-propelled boat and cranes with a lifting capacity of 25 tons.

The Almirante Veil is designed to replace an icebreaker of the same name that Chile acquired from Canada. The smaller vessel, 6,3,00 tons was operated from 1995 to 2019 when it was retired. 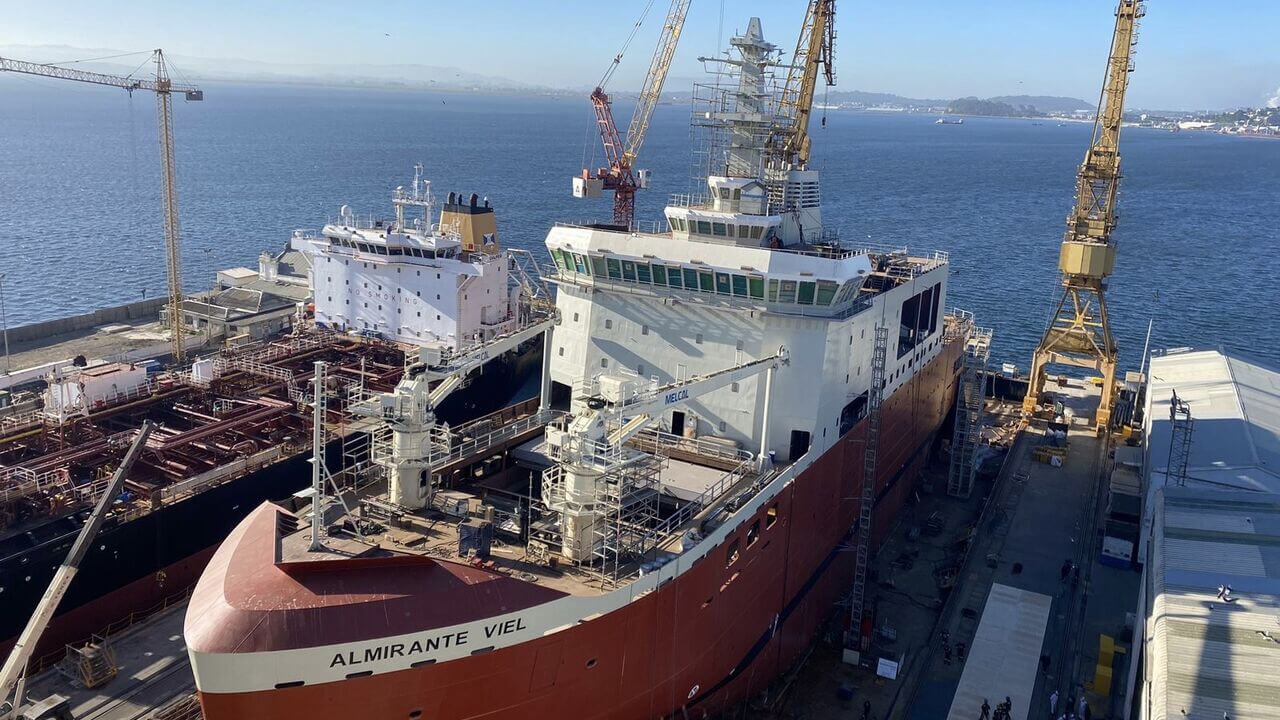 Icon of the Seas to Sail in the Caribbean in 2023

Best transatlantic cruises for 2023, plus tips and what to expect