The Flatiron Building in Toronto is even cooler from the inside

Possibly the most photographed historic landmark in Toronto, the Flatiron or Gooderham Building near the St. Lawrence Market, has been standing within the city’s skyline for 130 years.

And while its outside is easily recognizable, the inside of the red-brick romanesque revival building is much, much cooler.

Lucky for me, blogTO was invited to check out the office space of Flatiron Wealth Management, an investment firm on the fourth floor.

While our team toured the building, we were supplied with historical facts of the building by the elevator operator Phil, who told us the same Otis elevator from 1892 is still being used today. 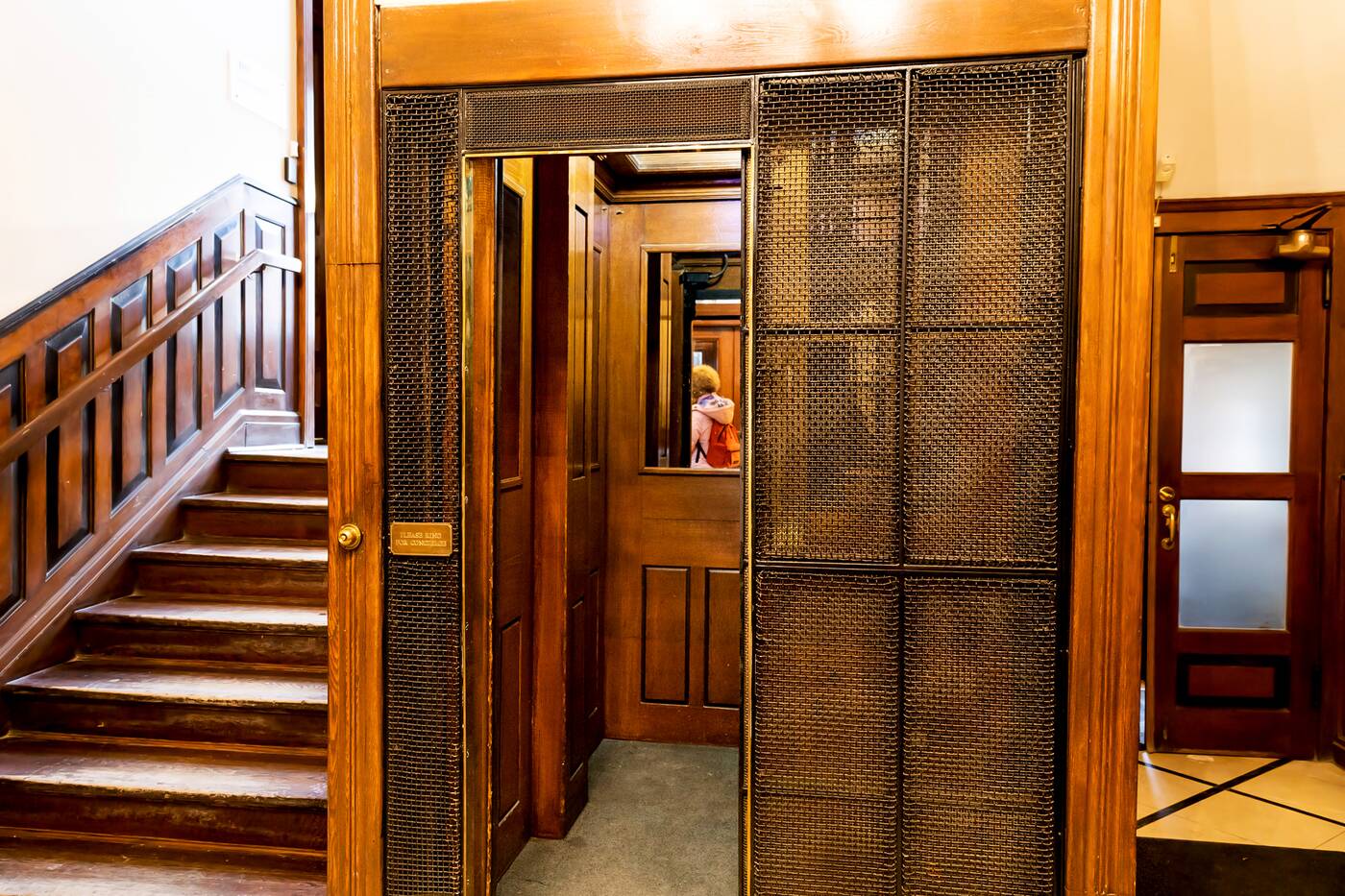 He manually operates the small wooden elevator everyday and has to stop it at just the right time to make sure passengers can exit the shaft without having to jump up or down.

The building was constructed for George Gooderham, who at the time was the head of the Bank of Toronto and owner of the Gooderham and Worts Distillery. 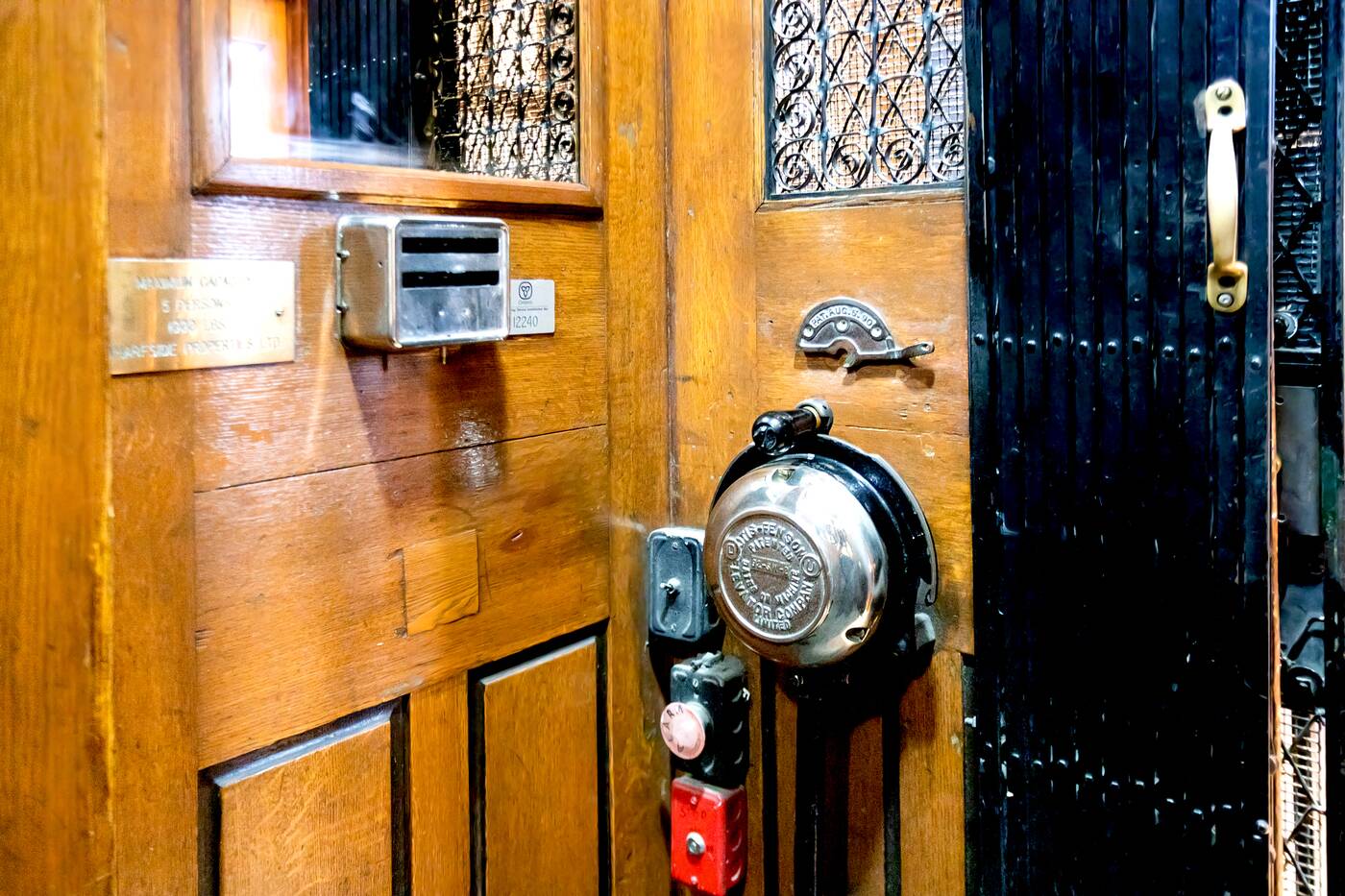 Phil tell us a secret underground tunnel was constructed underneath the building to connect Gooderham and his millions to the bank. 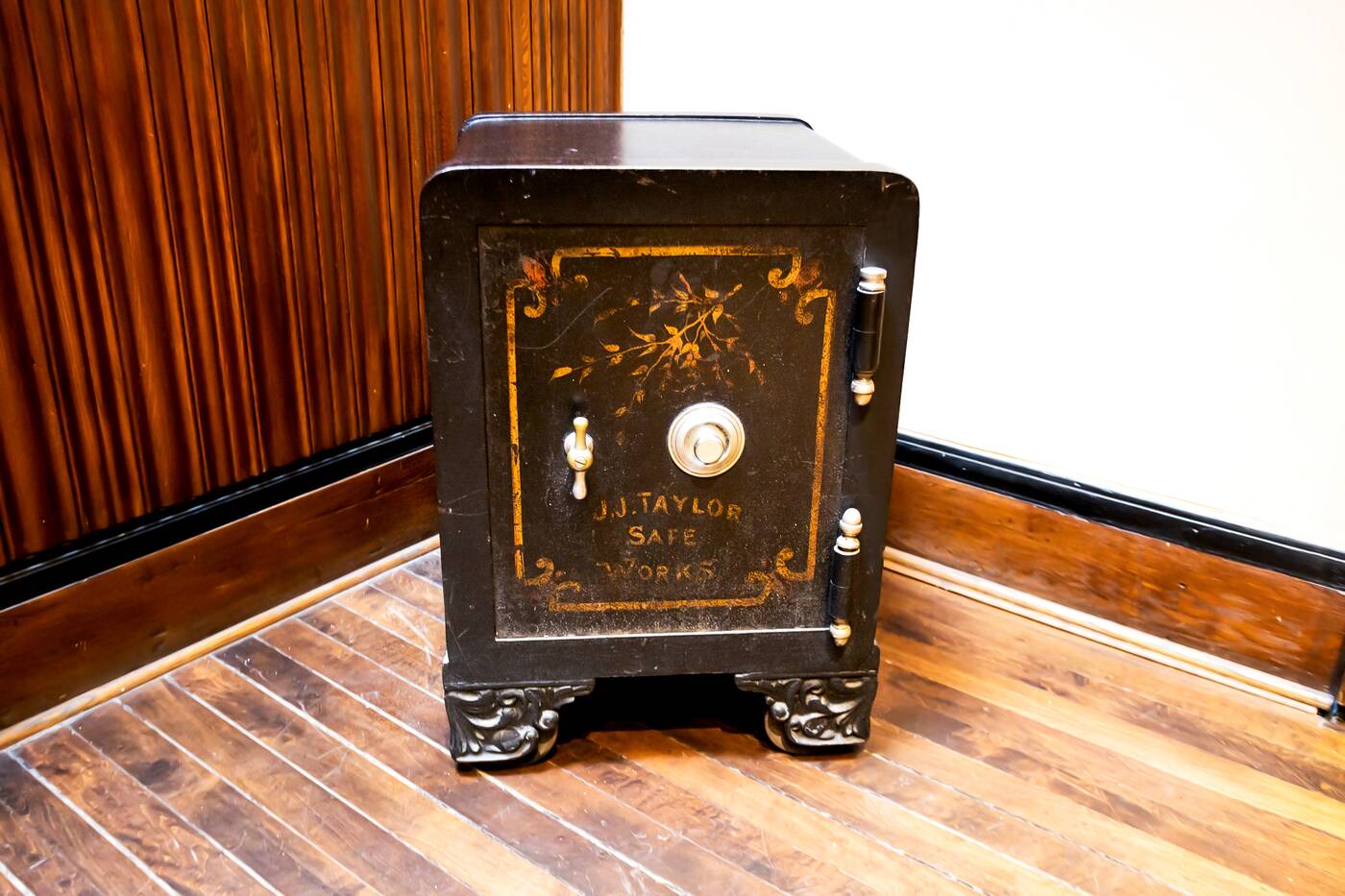 As for the construction of the tower, back in the day buildings in Toronto could not surpass five-storeys because the fire brigade didn’t have tall enough ladders, according to Phil.

So the architect David Roberts Jr. designed the building to fit that perimeter while constructing each floor 18 feet high. 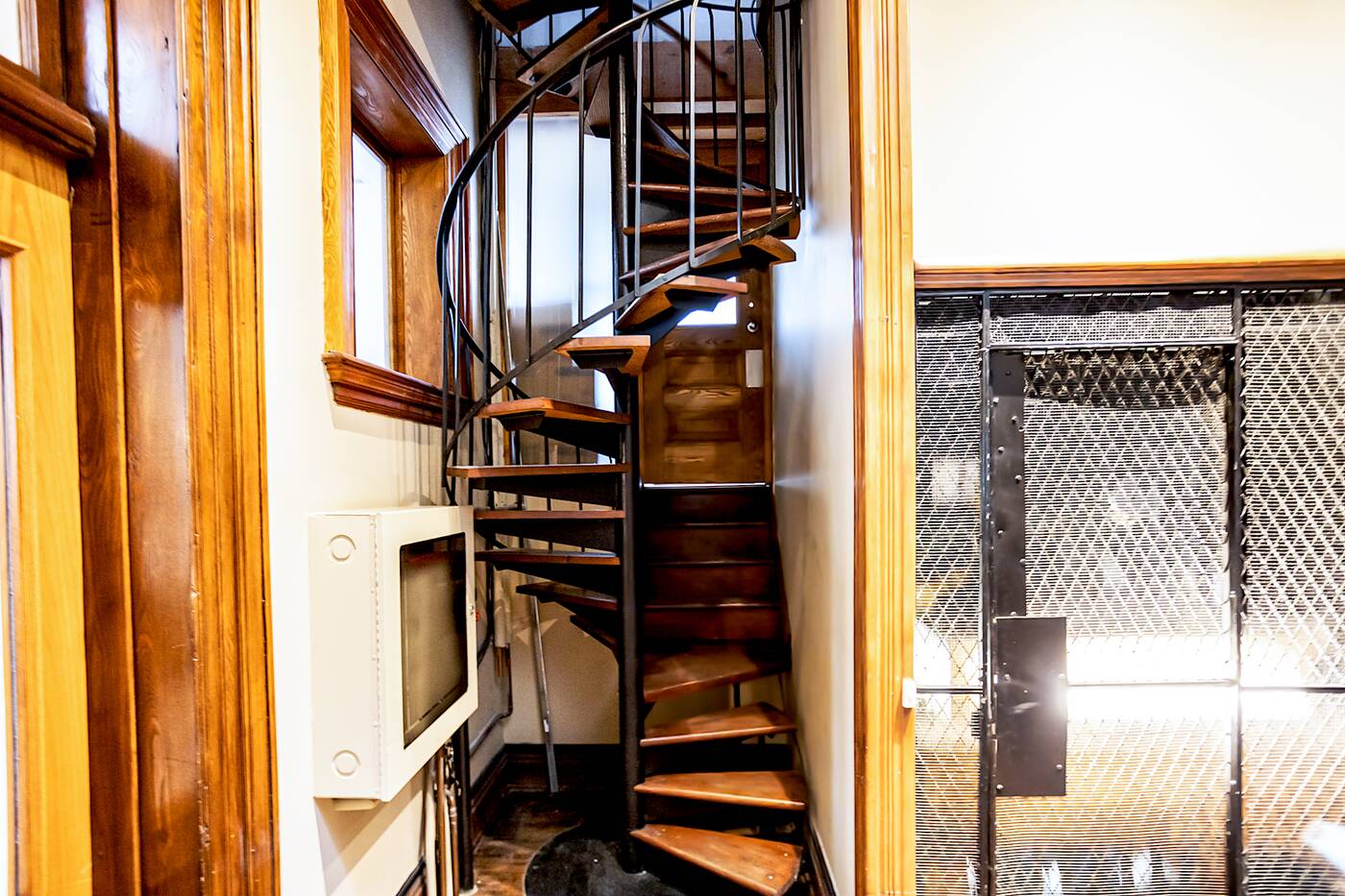 A narrow spiral staircase leads to an attic at the very top of the building while Mr. Gooderham’s personal office was situated on the very top floor.

At the time of construction the Flatiron Building was the city’s most expensive office tower, clocking in at $18,000 or more than $3 million in today’s world. 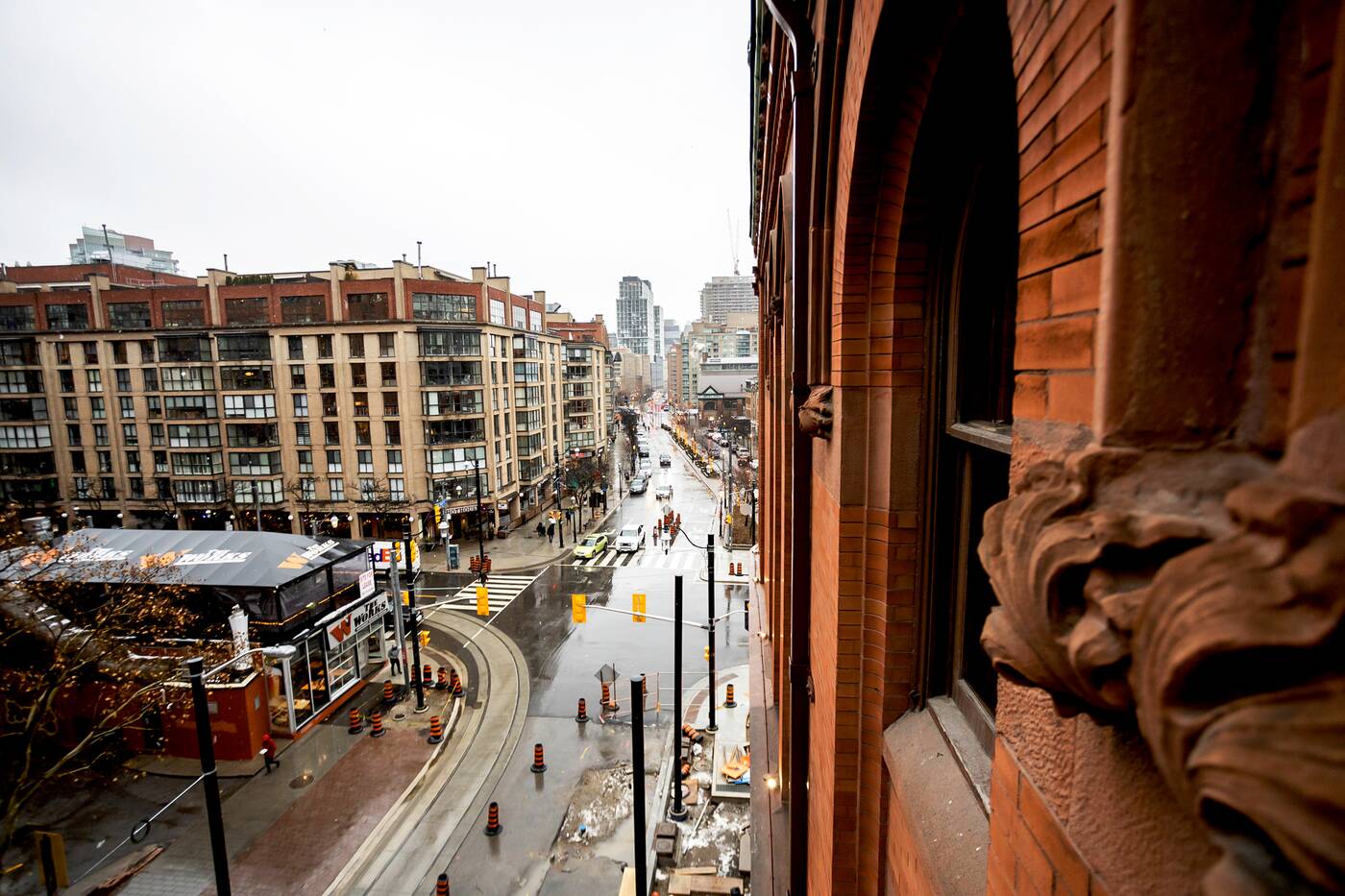 The Flatiron Wealth Management office encompasses a large chunk of the floor; where offices, small kitchen, meeting room and sitting area on one side and a few more offices and a large party areaon the other, overlooking Berczy Park. 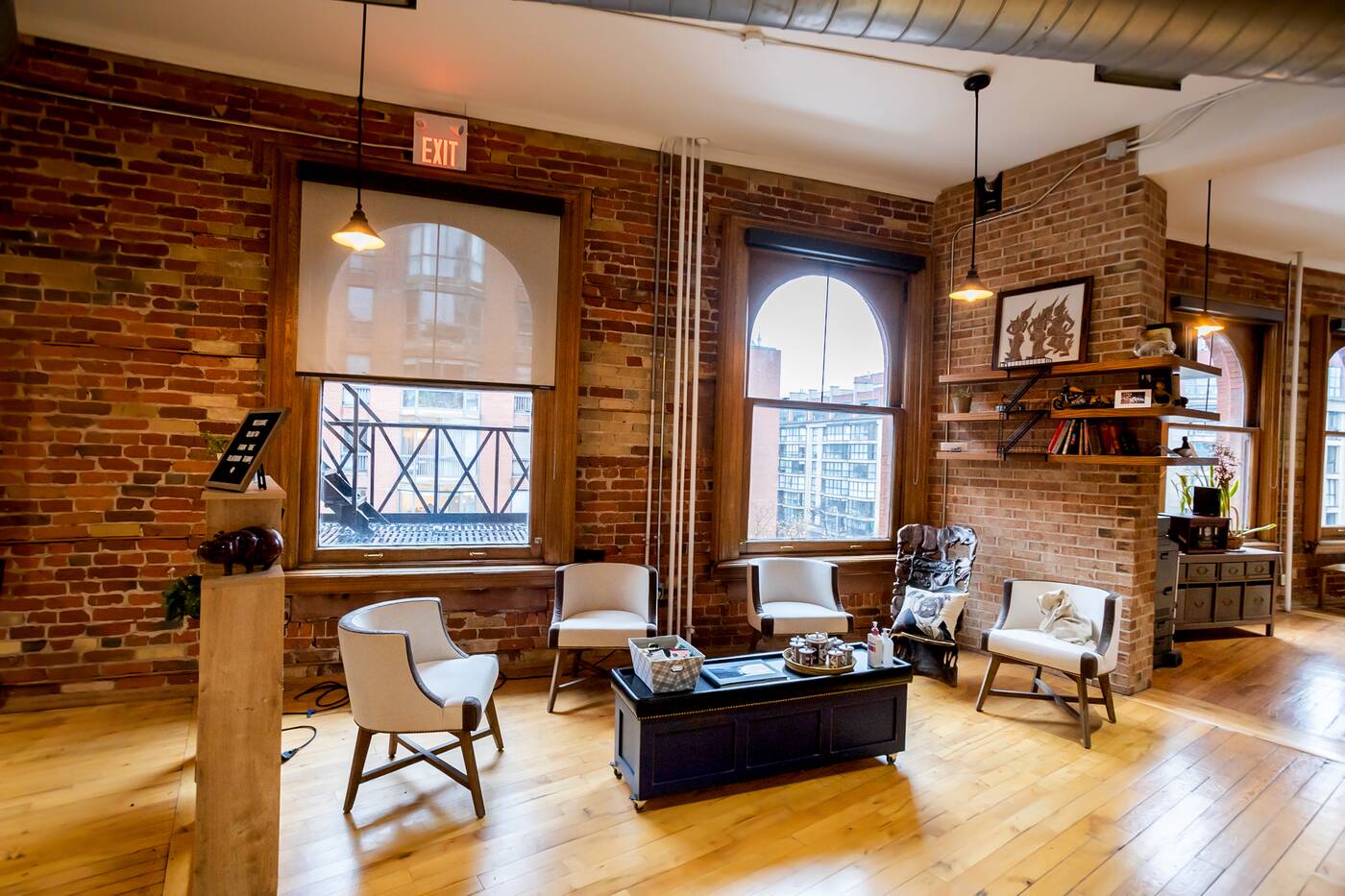 All the single-hung windows in the office are from the original design and can still easily be opened and shut, of course the curved windows do not open. 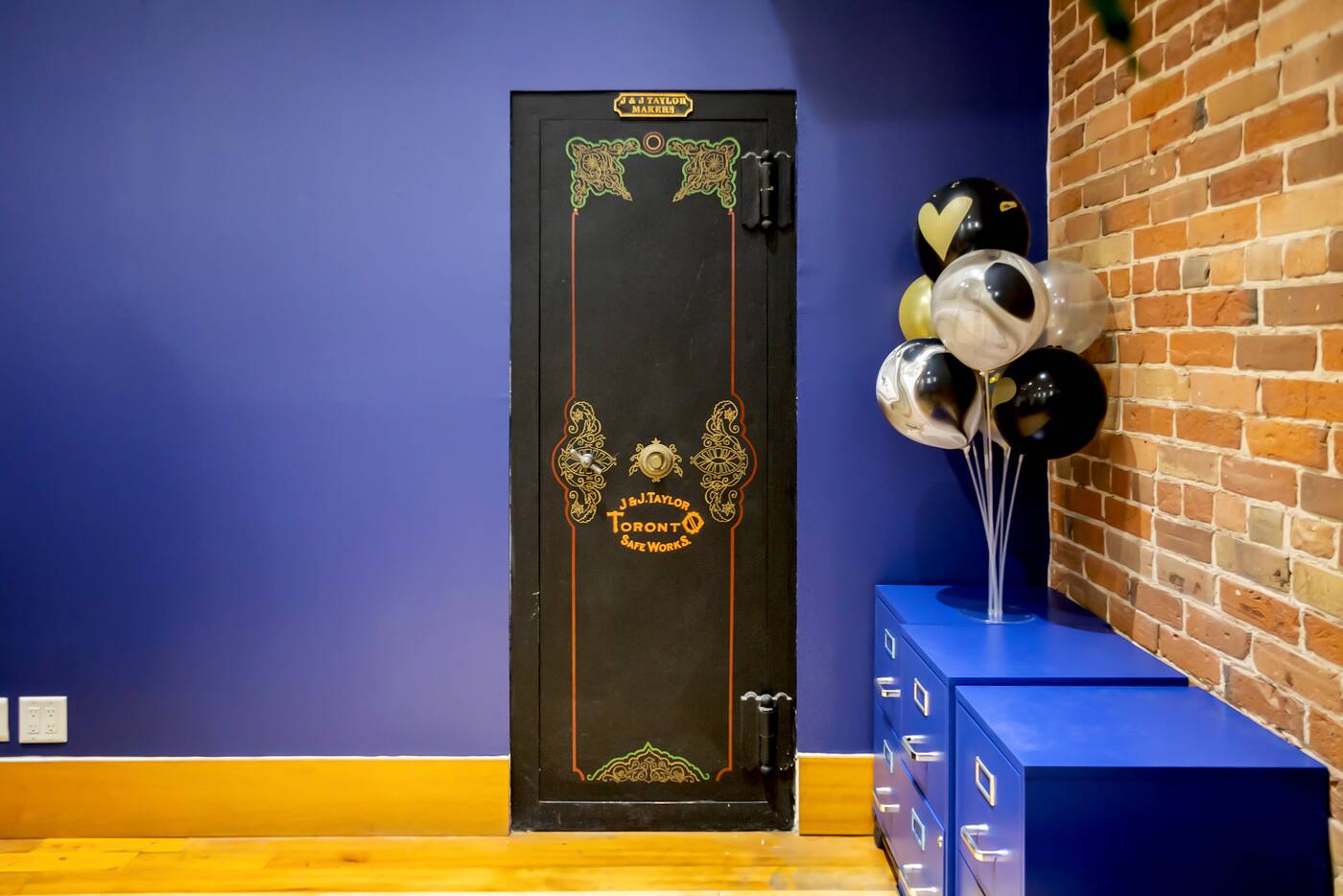 Pristine hardwood floors flow throughout the office space and a former walk-in safe is now used as kitchen storage.

Each floor has its own walk-in safe while the mansard roof of the building has multiple dormers on the north and south sides. 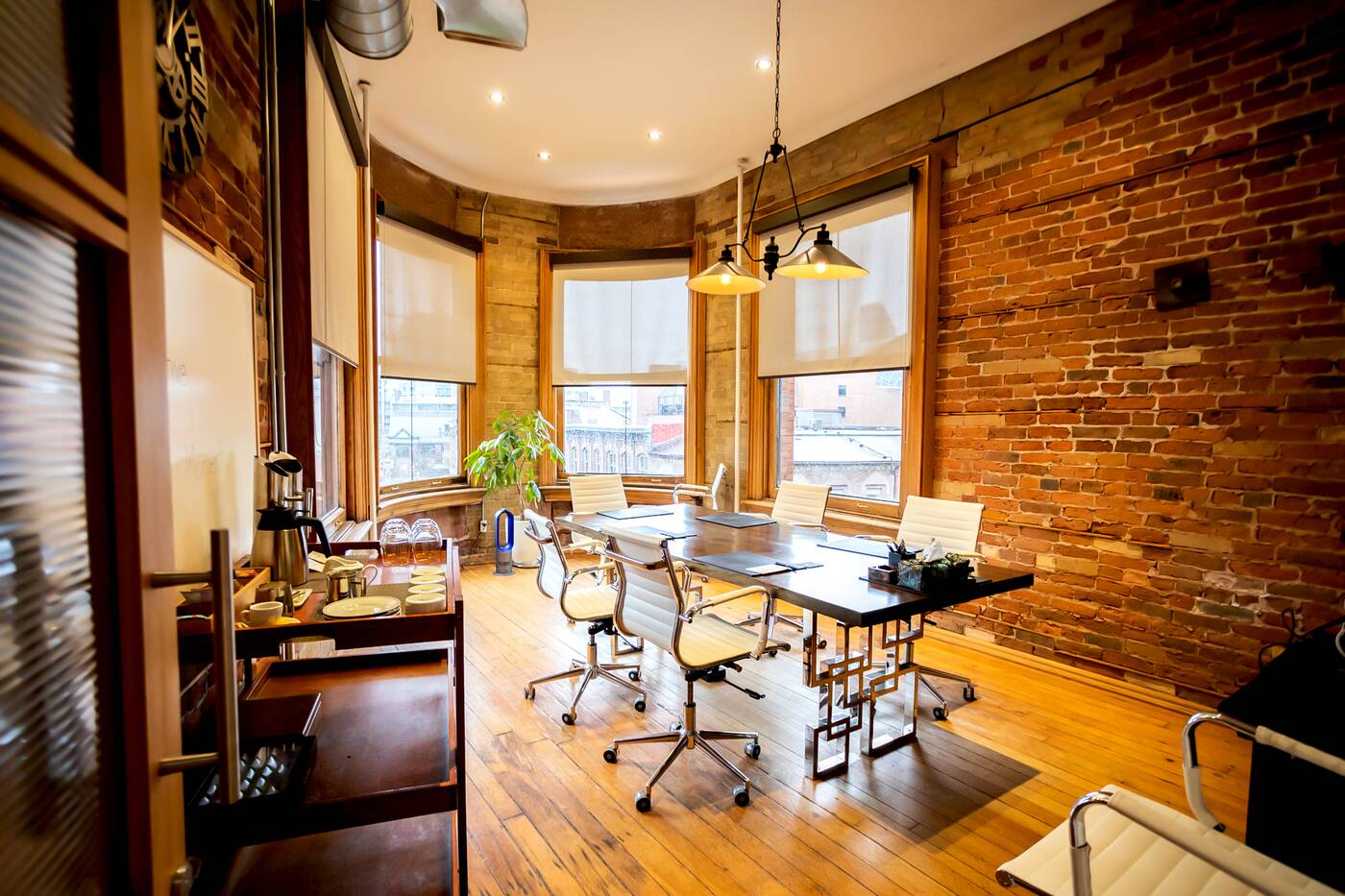 Around 9 years ago the office used to be covered in white plaster but was removed to show the exposed brick interior. 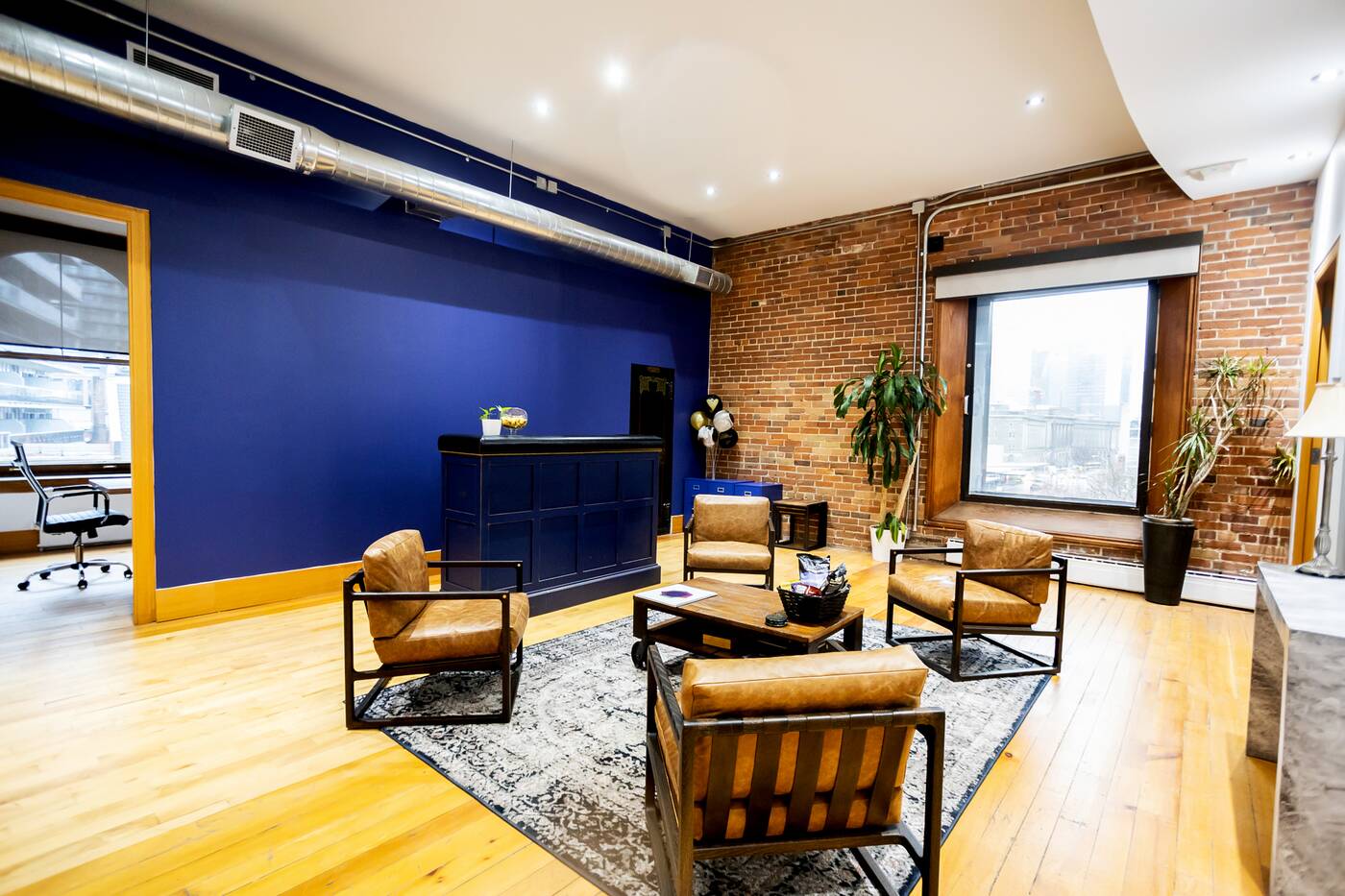 The views from the office and fire escape are immaculate, offering clear views of the city’s famed vista; west to Front Street and the Financial District. 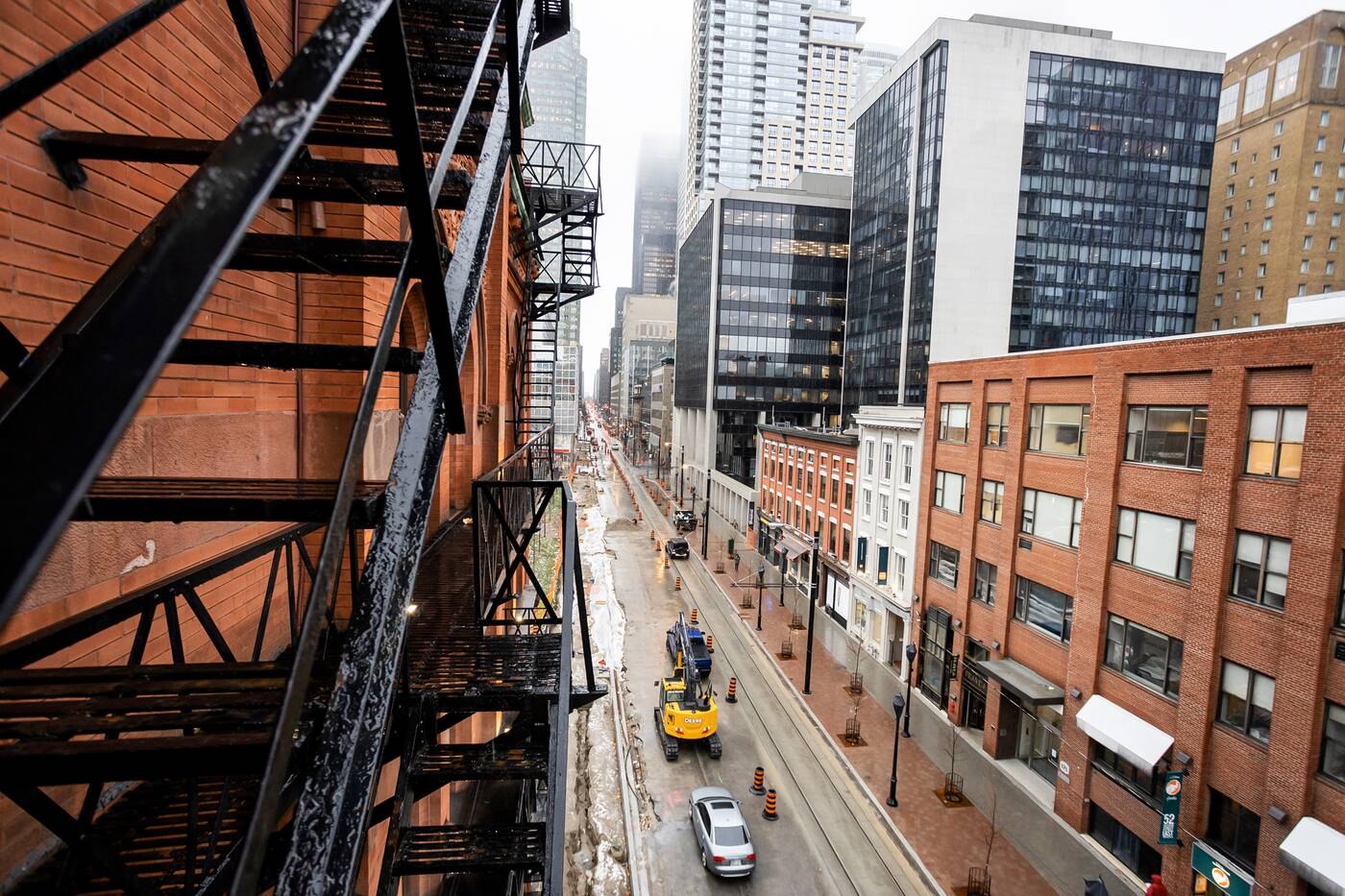 Phil tells us that the infamous Al Capone visited the building on occasion and rode in his elevator, having smuggled Gooderham and Worts whiskey into the US during the prohibition era. 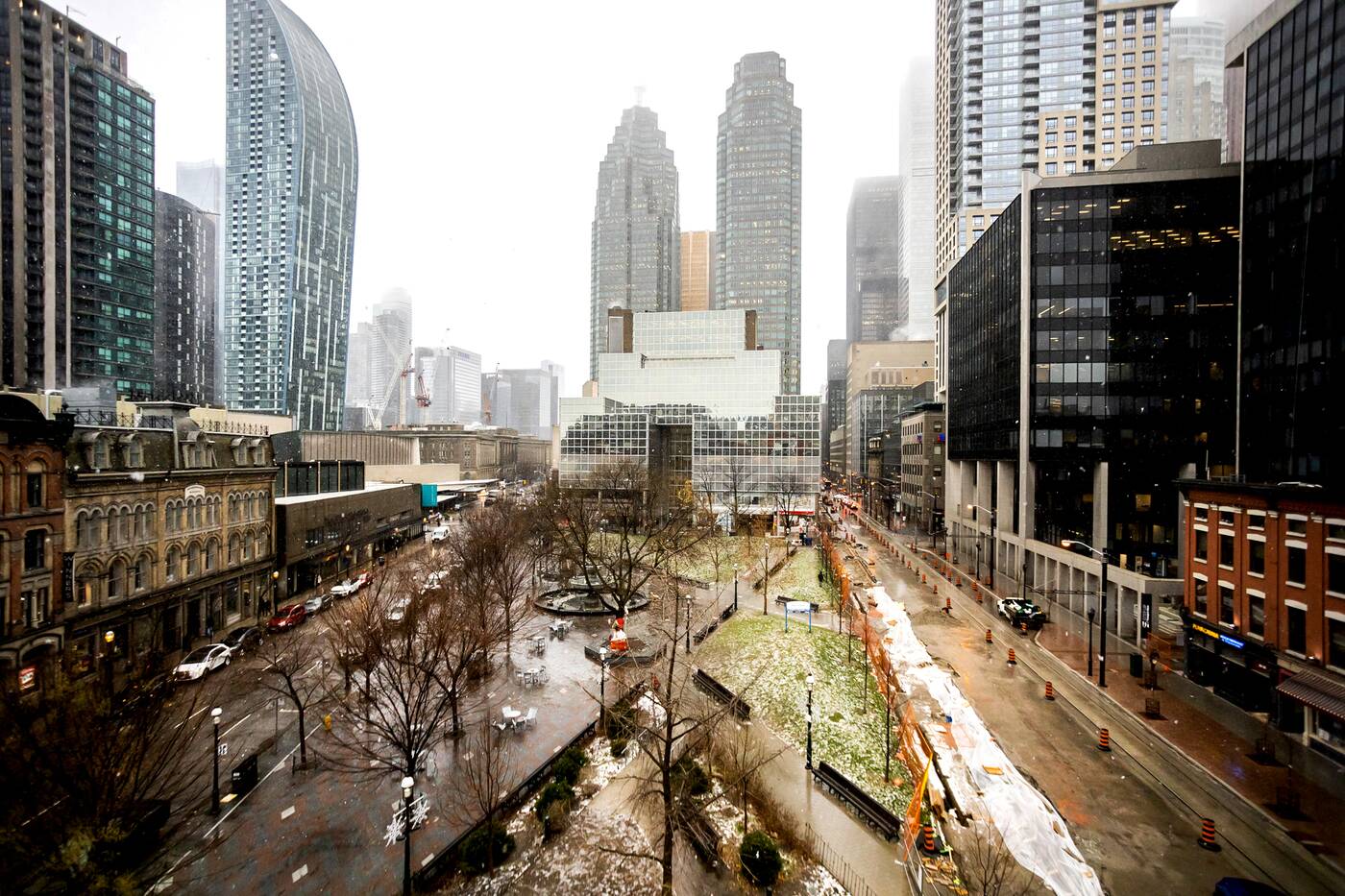 The mural at the back of the building, The Flatiron Mural by Michael Besant uses a trippy effect that makes the wall appear to have more windows than it does and also appears to be free floating and not nailed down. 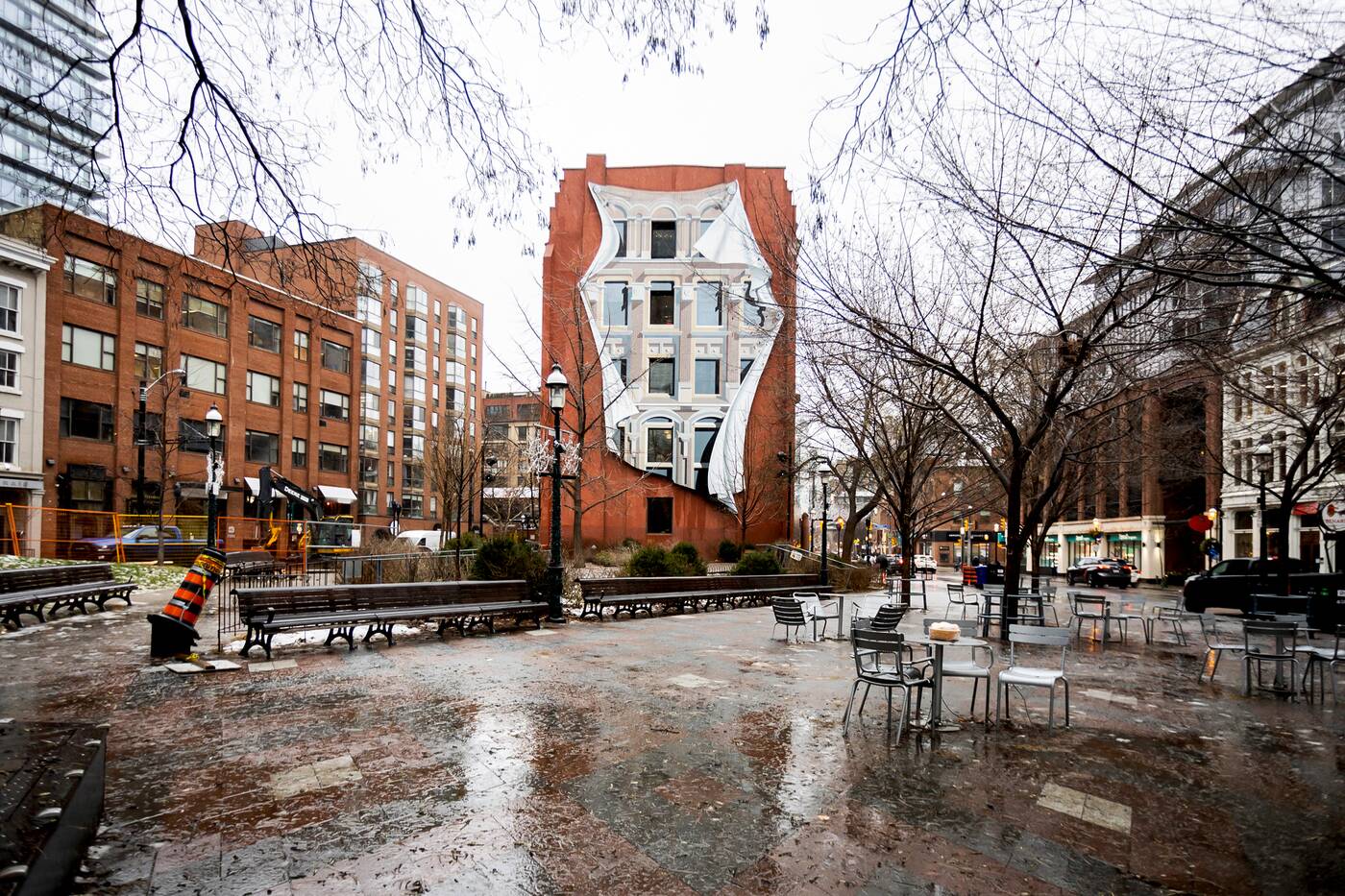 Fun fact, Toronto’s Flatiron Building is actually older than the one in New York City by a whole 10 years.