Toronto is a seemingly always-changing city with businesses closing and being replaced by others, and buildings being torn down and replaced, forever changing the landscape.

But a nearly 70-year-old butcher shop in the city’s west end is proving that stalwart businesses and the family that runs them are always appreciated and loved.

Grace Meat Market, at the corner of College and Grace in Little Italy has been the go-to place for everything meat and deli-related since 1954. That’s almost 70 years. 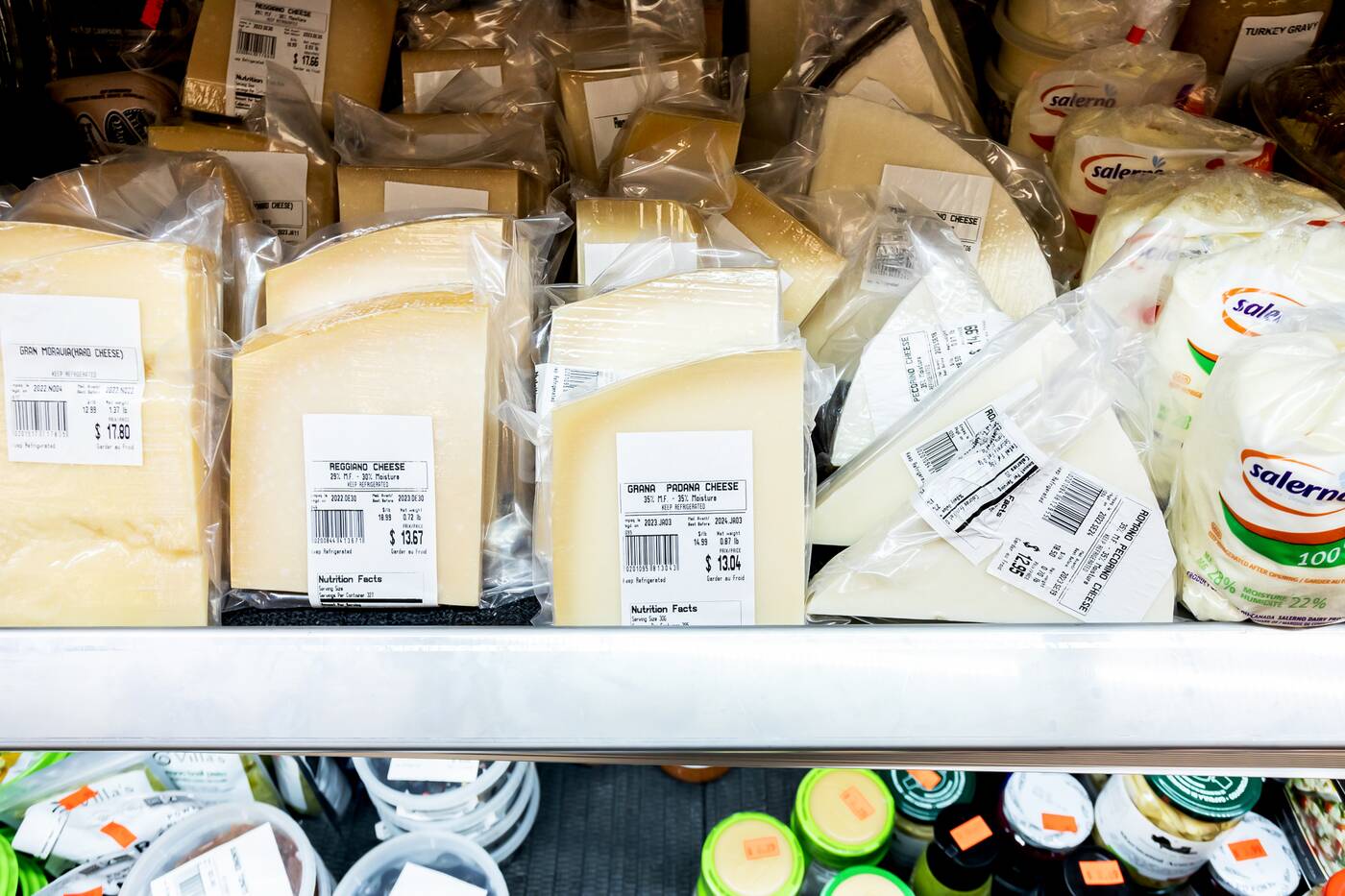 And while that feat is impressive, perhaps what is even more exciting is that Grace has been run by four generations of the same family. I got to hear all the history about this great family-run business from Leslie Bielak.

Bielak’s great grandfather first opened Grace all those years ago and he has literally grown up in the butcher shop, with customers often sharing memories of him as a little boy. 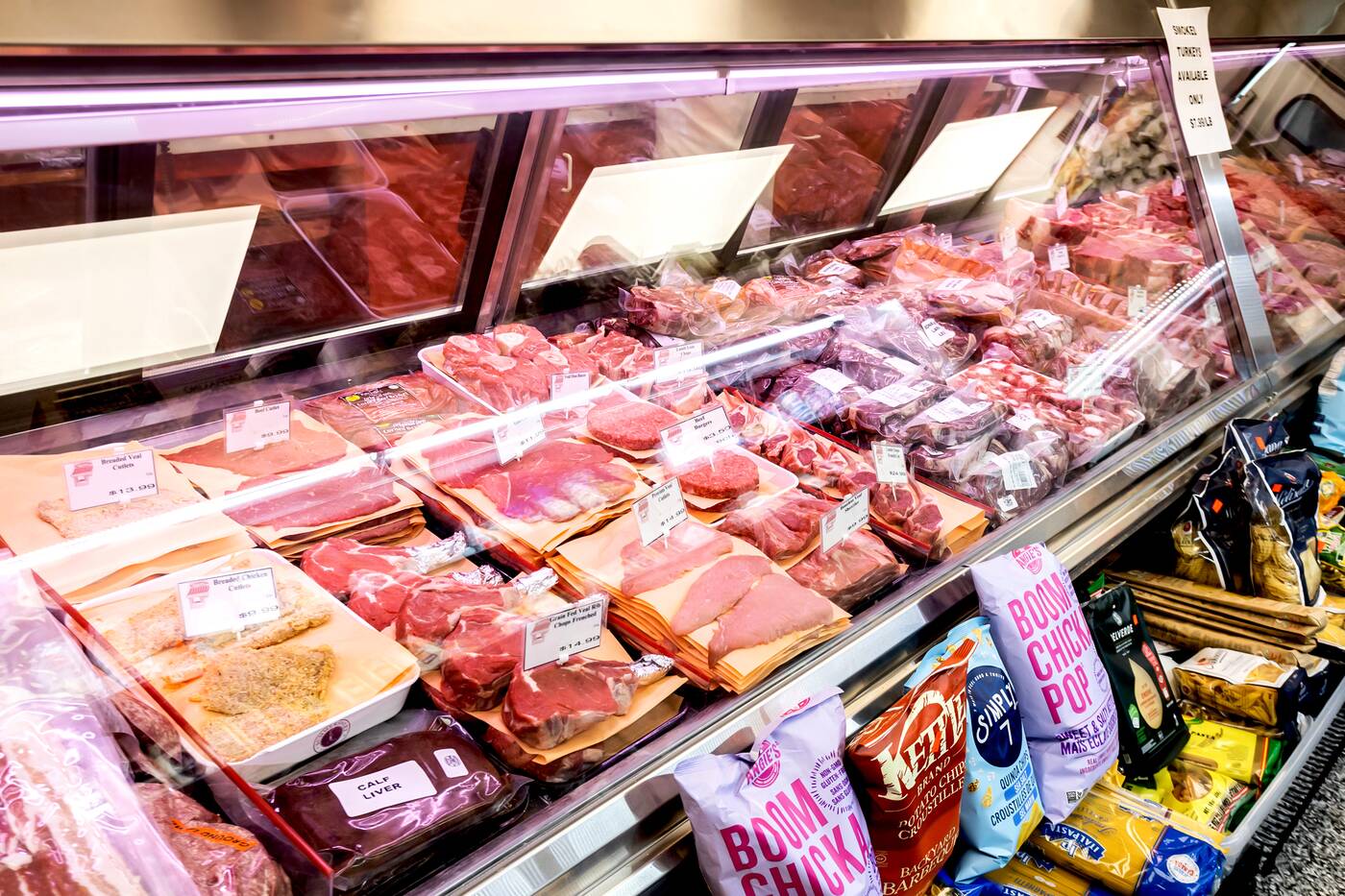 His entire family is still heavily invested in the business, a family effor team if you will. You can even find his uncle, Joel, behind the counter at Grace today.

The small corner shop with the iconic red and white awning is known for its prime cuts coming from its own plant, St. Helens Meat Packers in the Stockyards District. 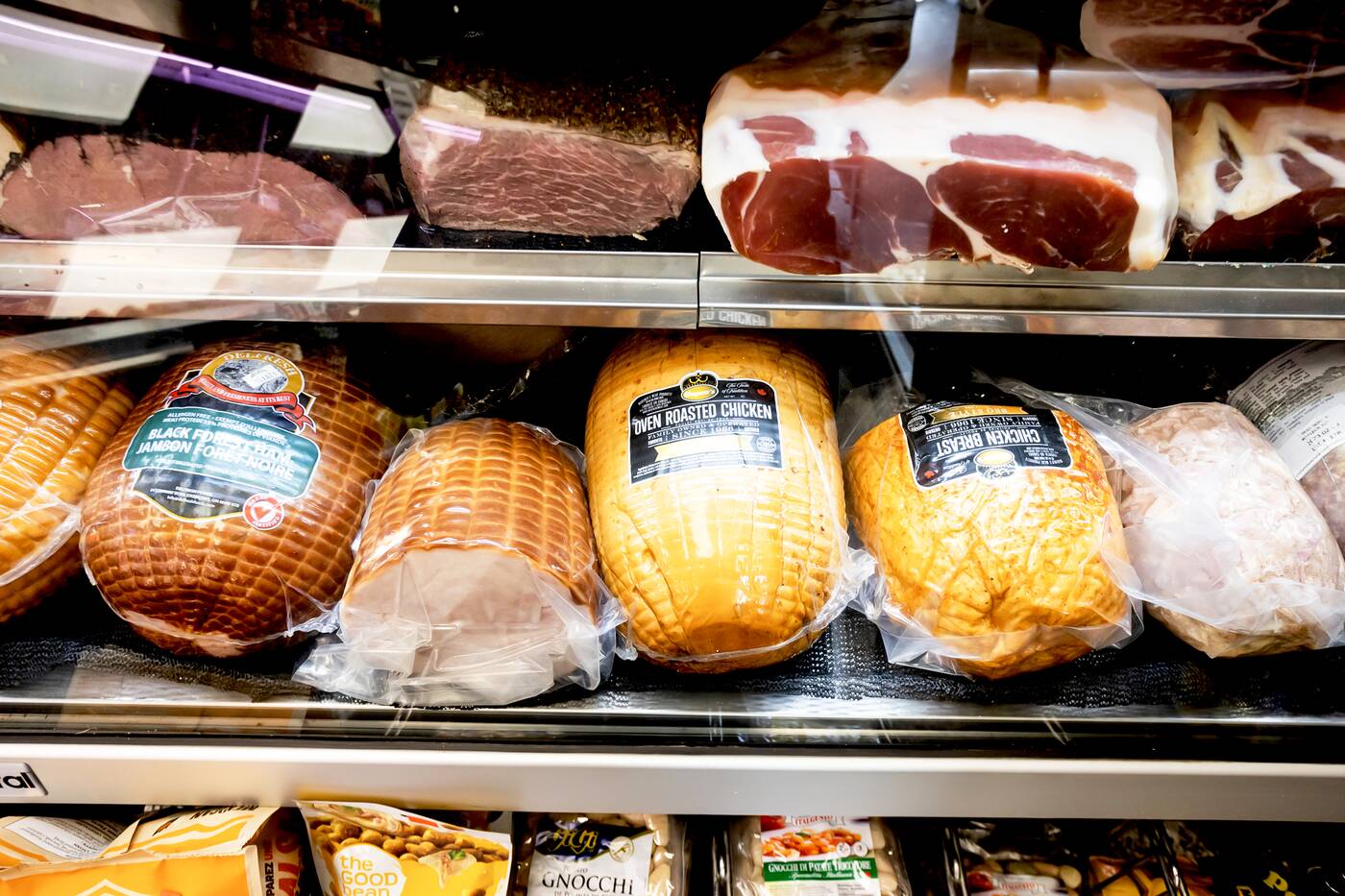 Inside is truly a one-stop shop for all your grocery needs. Head to the fruit market a block down for produce and you’ll have everything required for dinner.

You can’t miss Grace’s front window which has old-world charm and showcases products the butcher has been selling for years like fresh ricotta and salami. 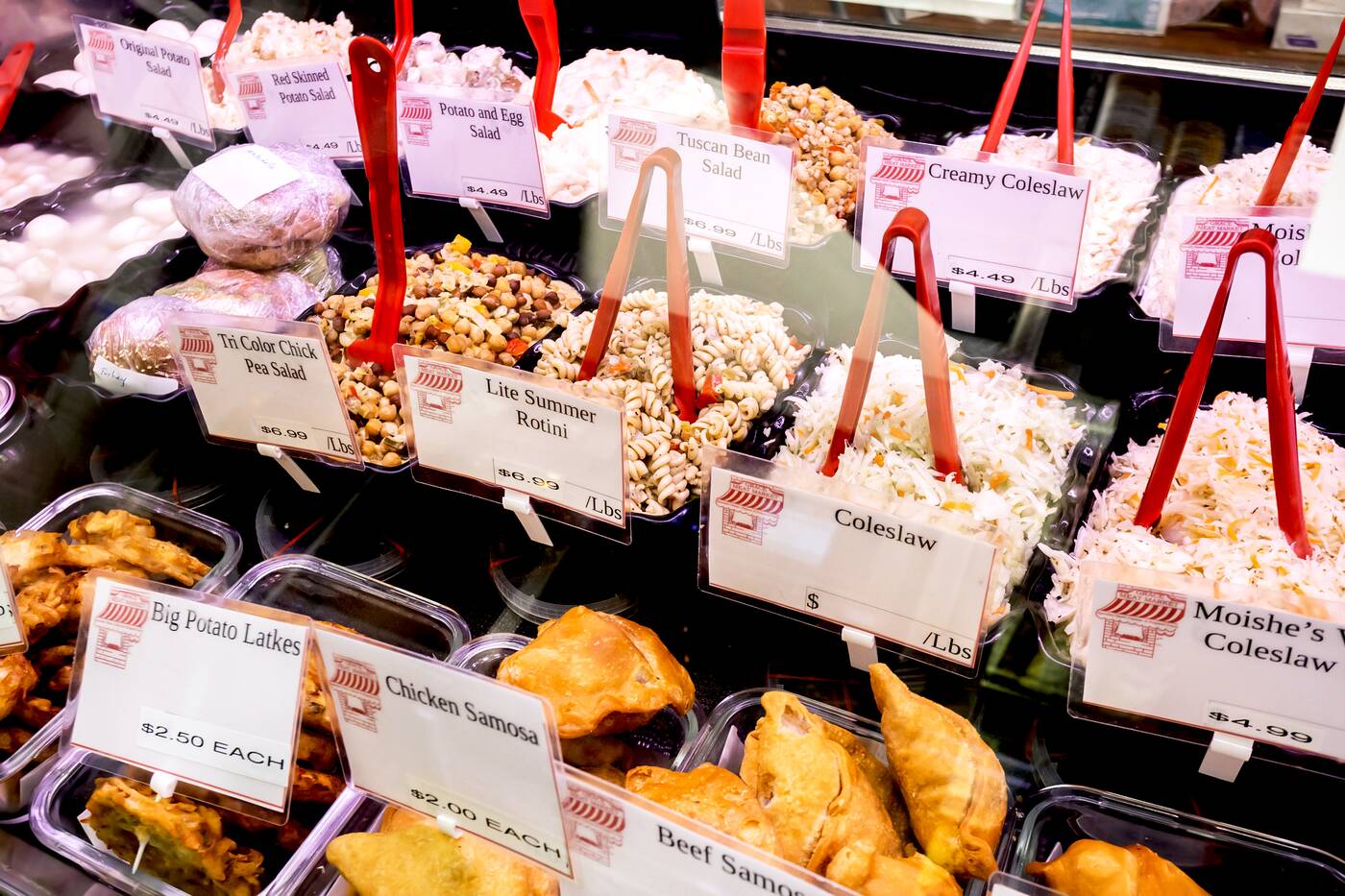 There’s much more than steaks available for purchase.

Virtually every corner and shelf space is filled with something: Cheeses; pestos; spreads; ready-made meals; buns, bagels and more.

“Big corporations have offered us a lot to get out of here to put in a Starbucks or McDonald’s, that kind of thing. But [the shop] is more important than what anyone can put a dollar on,” said Bielak. 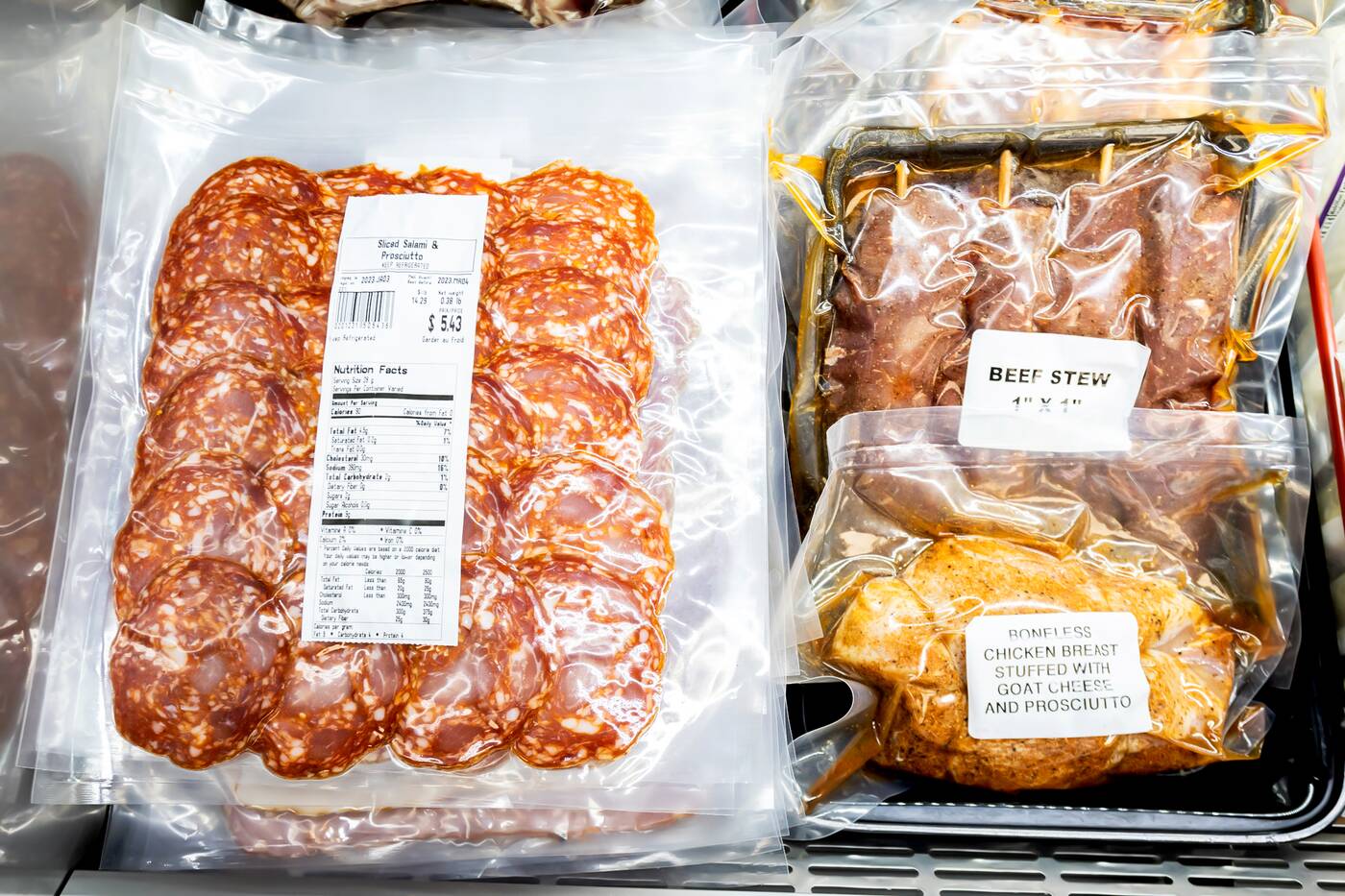 More often than not, regular customers come and greet clerks by their first names. Having been around for seven decades means workers become a part of their clients’ everyday lives.

Bestsellers include their steaks (I recommend the New York strip loin and Italian sausages), all cuts of chicken, and beef bacon. You can also find veal and lamb chops, minced meats, tenderloins, cutlets, ribs, liver and other traditional cuts. 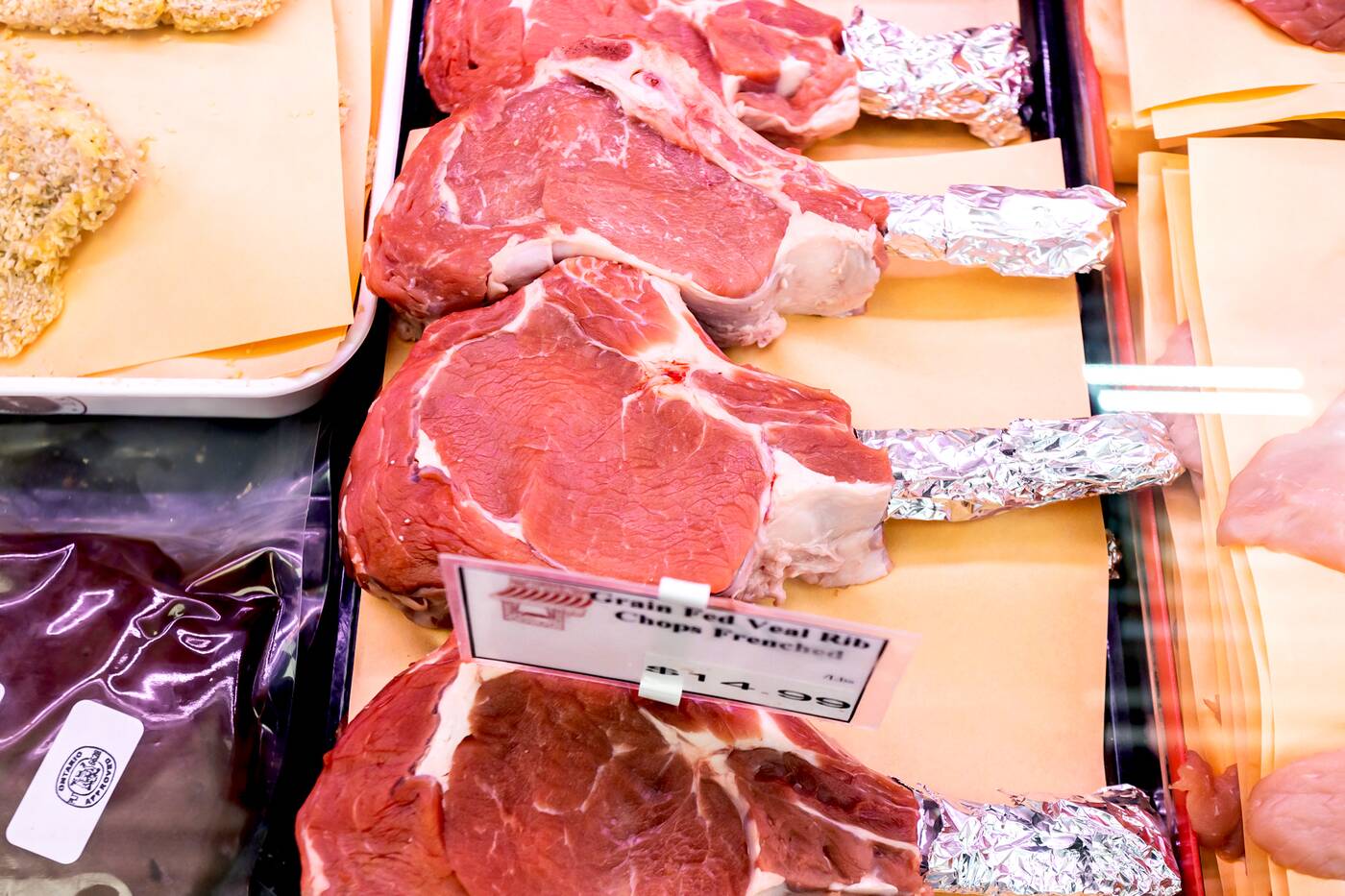 “It’s just one big aisle. My mom loves to order all sorts of things and it’s almost like you come and you’re like ‘holy crap, there’s so much stuff in here.’ You don’t know where to look – but people love it,” says Bielak. 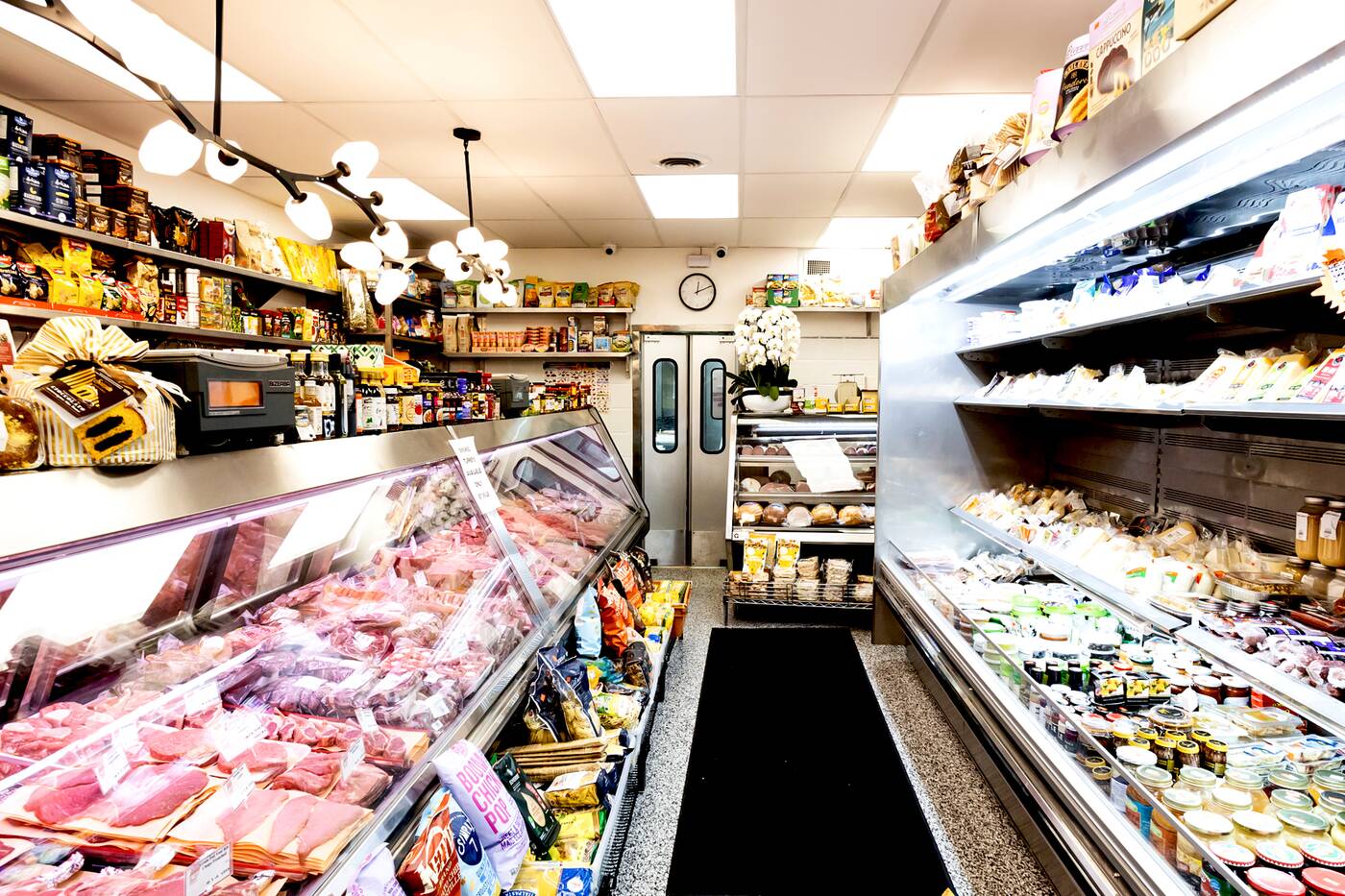 While the store itself hasn’t changed much over the years (“It’s sticking to its roots,” says Bielak), the entire business has expanded exponentially.

St. Helen’s boasts a roaster of restaurant clients but the majority are grocery chains like Metro or Sobeys. 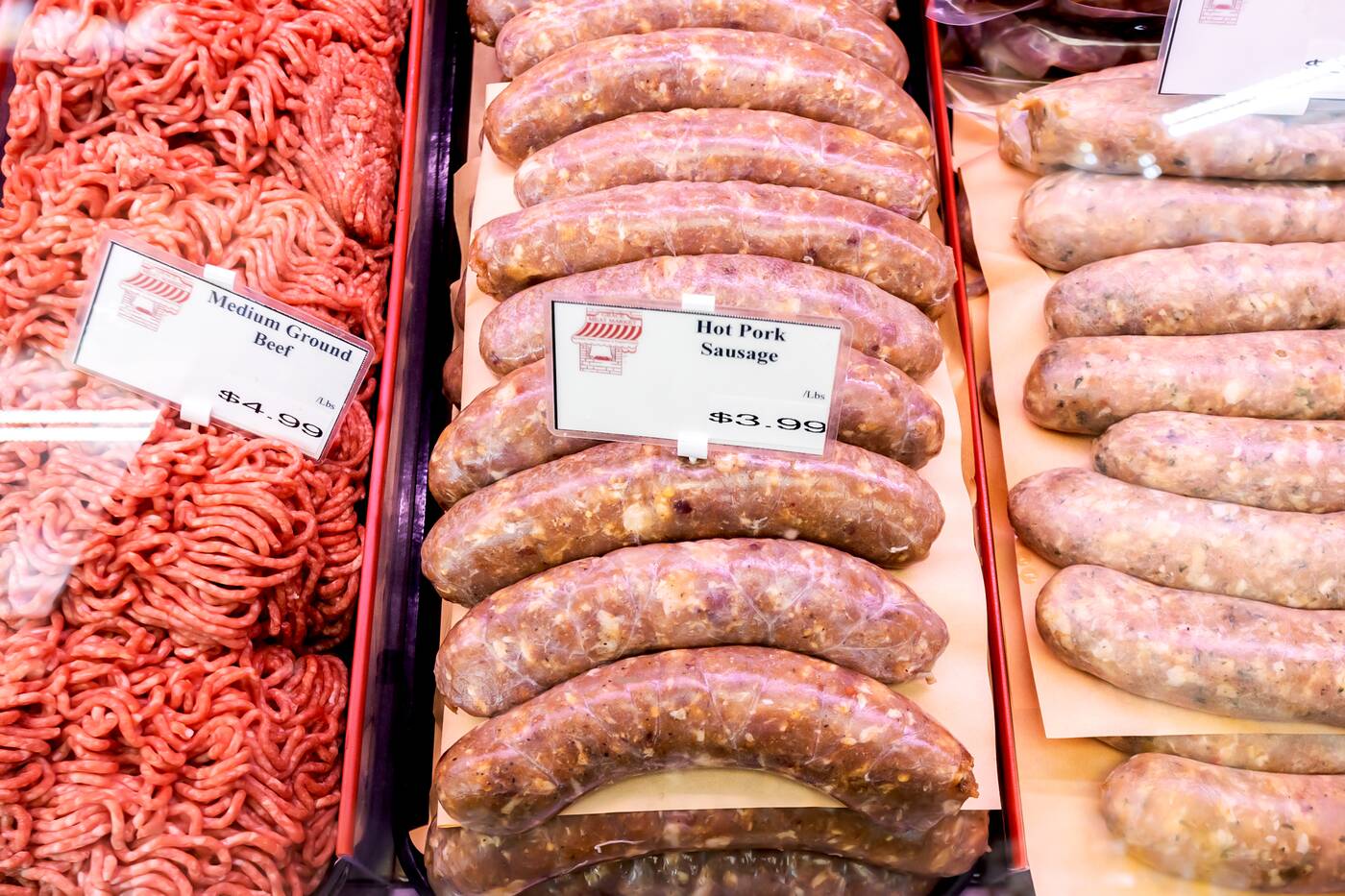 In a world where independent meat processing plants are being quickly snapped up by chains like American-Cargil or the Brazilian conglomerate JBS, having an independent business is truly remarkable. It also keeps costs down for customers.

“If you ask anyone in the community, it’s a hidden gem. We don’t do much promoting. Dollar for dollar, pound for pound, I can guarantee that we can go head-to-head with any of the best butcher shops in the city,” Bielak tells blogTO. 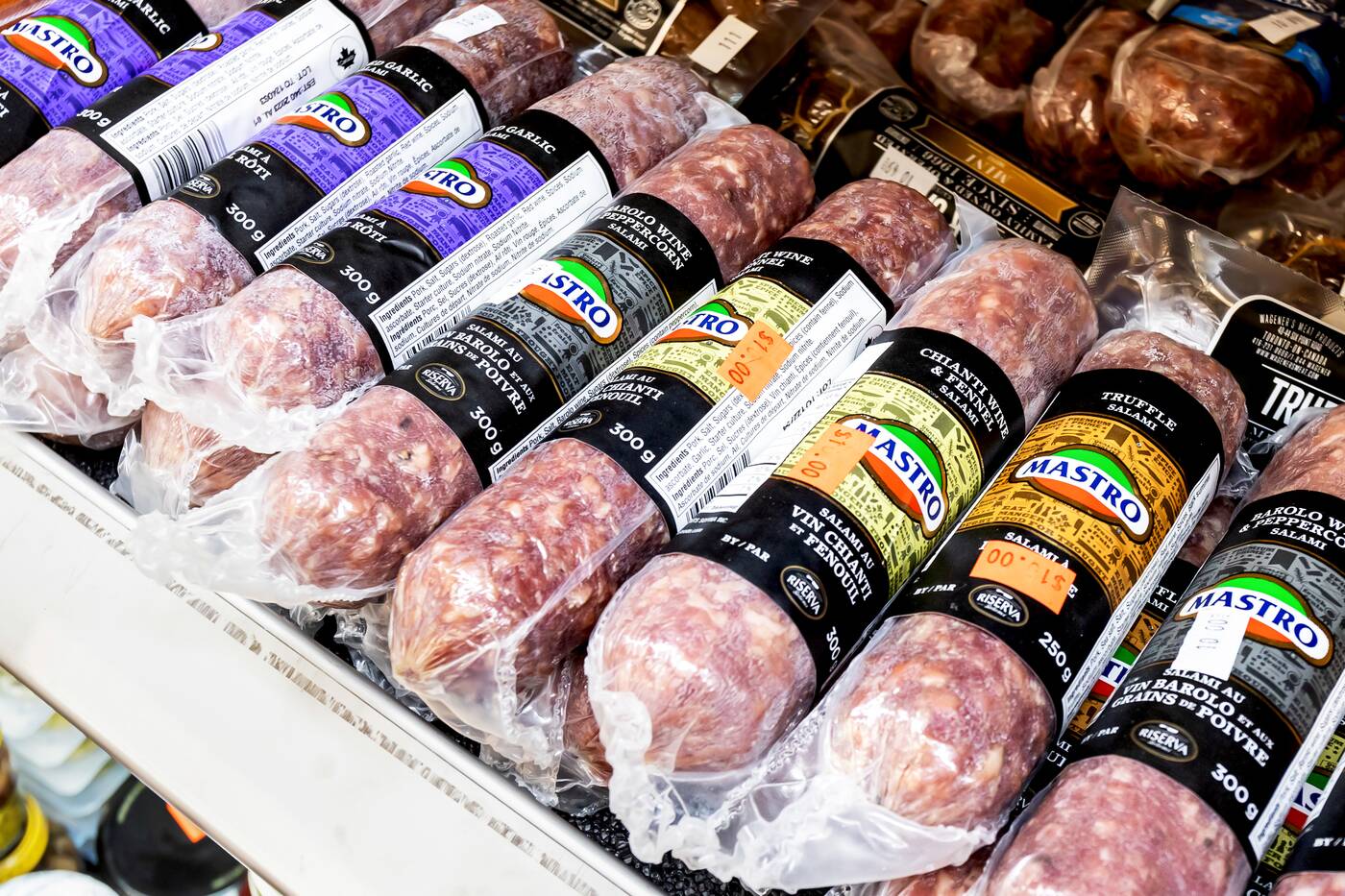 It’s safe to say that Grace and the Bielak family aren’t going anywhere anytime soon. In fact, Leslie’s son is set to be born any day now. Who knows, maybe he will be the fifth generation to run the business. 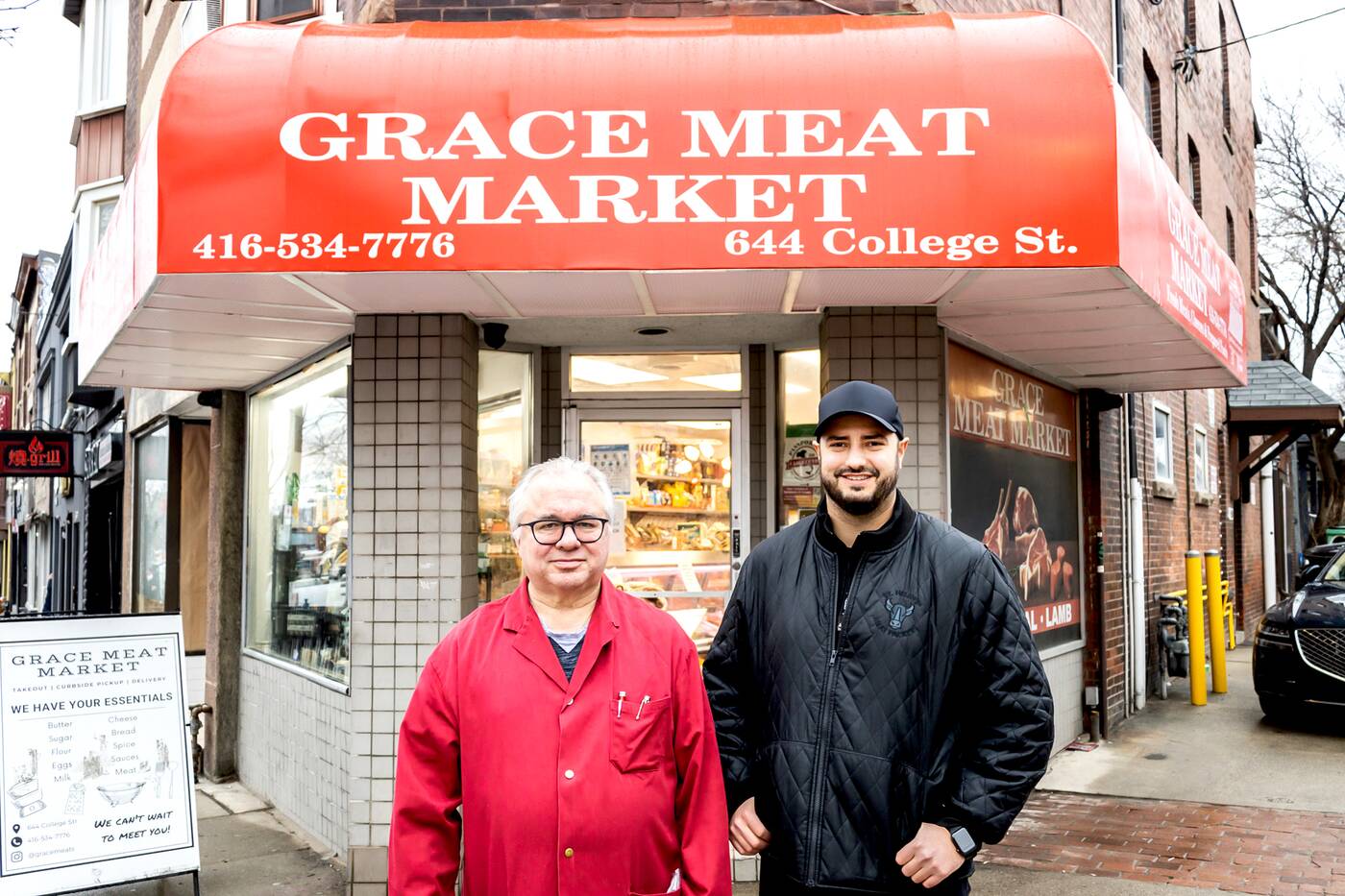 Lesile Bielak (right) and his uncle Joel. Their family has been running the butchery for almost 70 years.

Find everything you need for dinner at Grace Meat Market at 644 College Street.