A pair of charming little apartment buildings in Toronto’s Church Wellesley Village neighbourhood could soon be transformed into the base of a dizzying new tower tabled in a new development application this month.

Property manager and investment firm Hazelview submitted plans to redevelop a site at 34 Maitland Street, between Yonge and Church, a plot currently home to a pair of Neo-Georgian-style four-storey apartments constructed in 1911.

The proposal seeks to retain and rebuild portions of the 36 and 42 Maitland apartment exteriors — which are protected heritage assets — into the base of a new 61-storey rental tower designed by Turner Fleischer Architects.

Proposed entirely as residential space, the approximately 41,225-square-metre building is planned to house 584 rental units, including 55 rental replacement units that will be offered to tenants of the existing apartments on site. 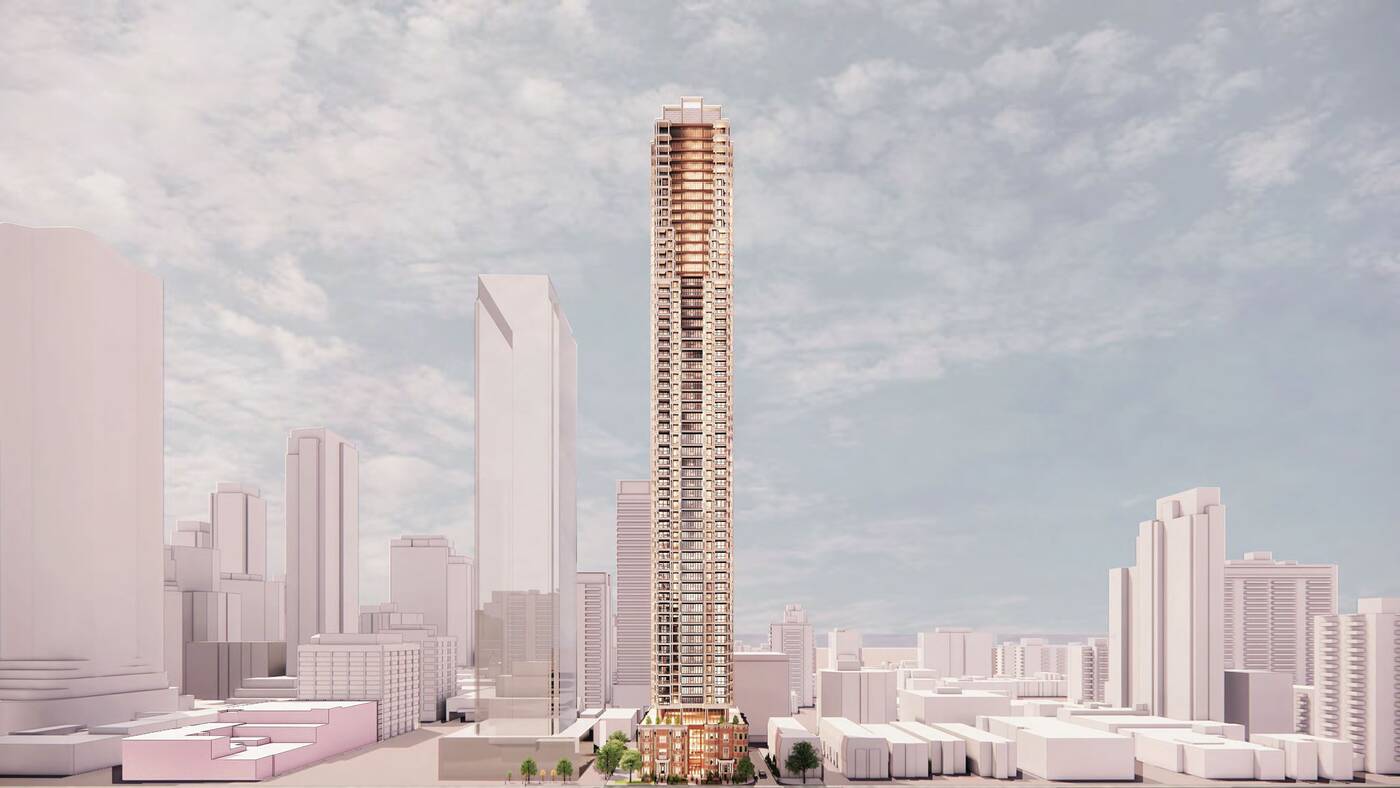 An amenity hub will occupy the space behind the retained and rebuilt heritage components, extending onto its roof on the fifth floor with a combined 1,168 square metres of recreational residential space.

As the proposal is located just a block south of the TTC’s Wellesley subway station, the planned parking component is minimal at just 93 spaces. Much of the residents’ expected local transportation needs would be served by 643 proposed bicycle parking spots along with the nearby Line 1 subway station.

The proposal could receive pushback based on its proposed height of 197.75 metres, much taller than any of the existing buildings that exist on the block today, or anything currently proposed for this stretch. 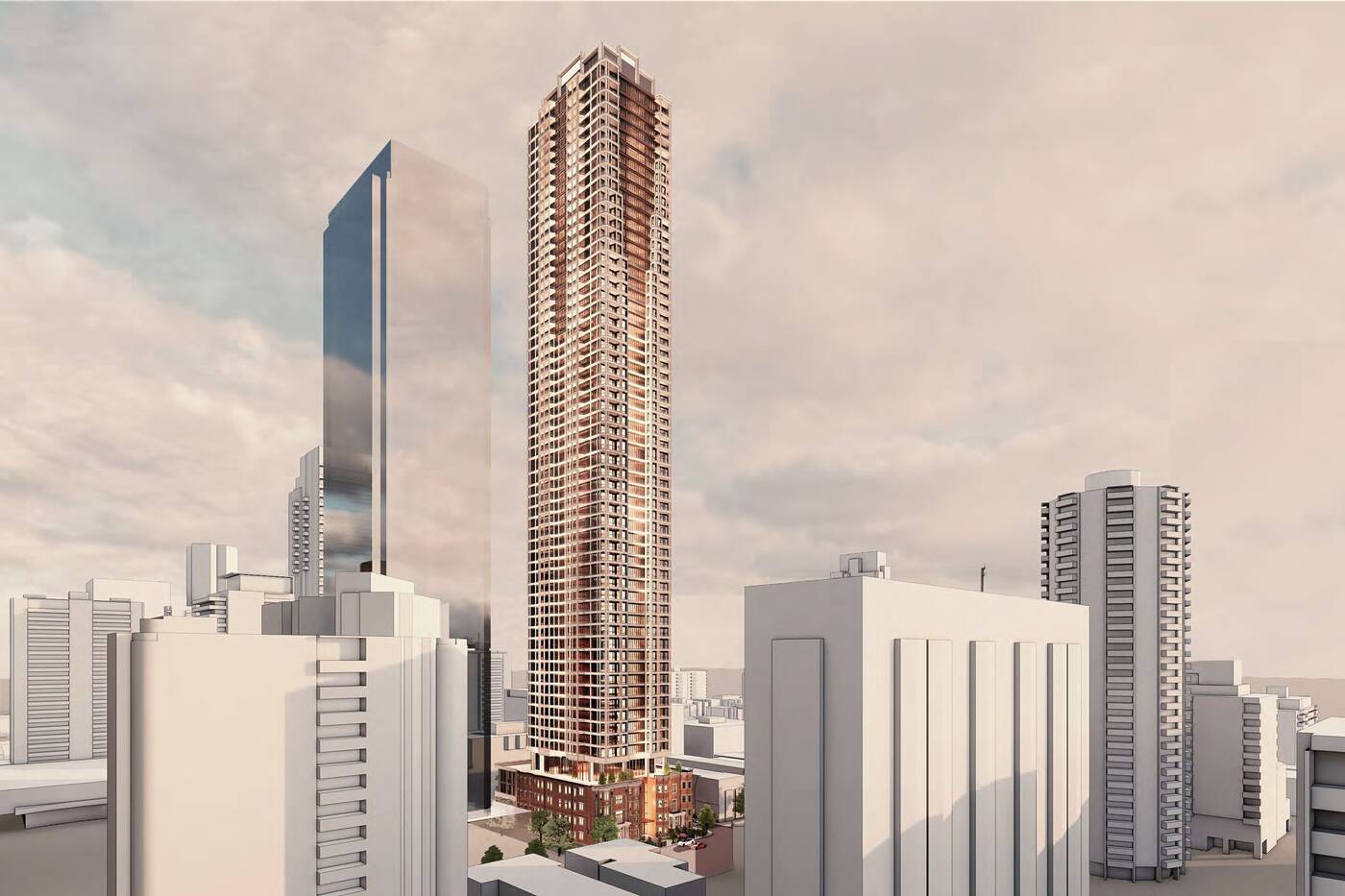 A recent proposal just across the street at 33 Maitland seeks a 49-storey height measuring 166.65 metres, which would easily be eclipsed by this plan.