Investigation After Cargo Ship Lists Against Pier in Genoa

The Seven S, a Panama-flagged general cargo ship was alongside at the Messina Group berth loading eco-bales on January 17 when the ship suddenly titled first to one side and then “heaved on to its starboard side,” coming to rest against the pier according to the terminal operator. The national fire service and emergency medical services responded.

The 3,715 dwt vessel was resting at a precarious angle on the pier. The emergency services assisted in evacuating the crew and dockworkers from the ship and the crane operator. According to local reports, one person was slightly injured and treated on the scene.

The terminal operator later issued a statement saying that it had been following the instructions from the ship’s master for the operation. They said the bales were being loaded according to plan. The 288-foot vessel had arrived at the port from Termini Imerese, a port on Sicily near Palermo, and was bound for Bulgaria with its cargo.

Firefighters were later lowered to the cargo hold in a special harness and worked to assist in the offloading of the bales. The work continues overnight and this morning they confirmed that the vessel had regained buoyancy and stability with the offloading and ballasting operations. 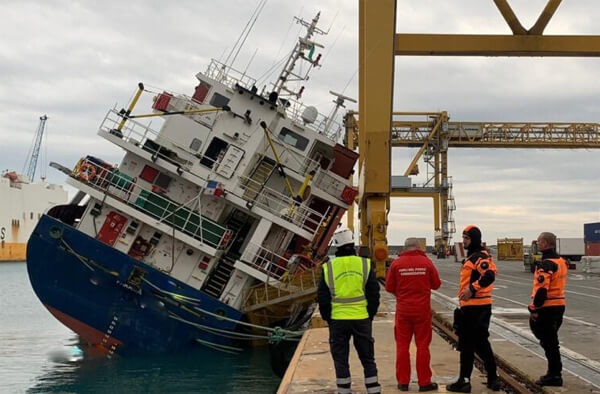 Complete Guide to Cruising from Seattle in 2023 · Prof. Cruise

Disney Cruise Line Is Adding Characters That Guests Will Enjoy